Would medical first responders know how to help your child? - DFWChild

As a mom to two young men, Mary Ann Pyron’s been through potty training and driver’s ed, first steps and first dates. But with her younger son, Blake, who has Down syndrome, the Sanger mom has encountered additional challenges.

When Blake turned 16, his parents helped him secure an official ID card to carry at all times, along with a cellphone loaded with emergency contact information, his name, address and backup contacts. The reason was simple: “We want to make sure first responders know how to reach us,” Pyron explains.

But what would happen if Blake, or any child with an intellectual or developmental disability for that matter, had a medical emergency? Would he be able to communicate with first responders? Would emergency personnel know how to interact with a child with sensory issues?

Currently, every paramedic in the United States must meet a minimum standard of training, as outlined by the National Highway Traffic Safety Administration; from there, states can set additional objectives. For instance, Maryland law enforcement agencies recently added mandated training on intellectual and developmental disabilities.

It’s legislation that Pyron hopes will one day be enacted in Texas.

When they cover autism, the future medics interact with kids who have the disorder.

“This has given students a baseline as to how a patient with autism might behave. So when they go out on a call, they’re better prepared,” says Paul Rosenberger, Ed.D., assistant program director of UT Southwestern’s Emergency Medicine Education.

While UT Southwestern’s paramedic students complete the equivalent of 42 college credit hours plus internships at local emergency rooms after obtaining an EMT certification, ideally Rosenberger would love to see the program extended to two years. “We do our best with the time we’re given and have made huge improvements over the years,” he says.

It’s training that Pyron hopes is enough. “We want our kids to be comfortable with first responders and vice versa,” she says. “[The National Down Syndrome Society] is working for increased awareness and conversations, and how do we better serve all citizens.”

To ensure your child gets the care he needs when it matters the most, you can take proactive measures to communicate your child’s special needs to first responders in your community. “Most communities have the capability to put notes in a ‘premise file,’ which allows us to be alert to specific conditions of our citizens,” says Capt. Wess Griffin of the Flower Mound Police Department.

Sgt. A.D. Paul, a 29-year veteran of the Plano Police Department, coordinates his force’s Crisis Intervention Team. Paul says Plano also has the technology to help first responders be better informed about the citizens they serve. Through their computer-aided dispatch system (CAD), parents can share as much information with the department as they are comfortable with.

Rosenberger also advises parents whose children are technology dependent to invite local paramedics into their homes to familiarize them with the equipment. “A non-emergency visit to make paramedics aware of the devices is extremely helpful,” he says.

Paul, who has a 13-year-old son on the autism spectrum, has taken his department’s efforts a step further, developing a 40-hour class that trains officers on how to respond to a person with developmental delays.

Adults from My Possibilities, a continuing education program in Plano serving adults with disabilities, attend. “It helps to erase those stigmas and puts another side to that population that officers don’t often see,” Paul explains.

To learn more about the training your local medics receive, contact your local fire and rescue department and ask if paramedics receive training specific to individuals with disabilities. Also ask to arrange a personal visit to the station to acquaint your child with first responders.

If you’re concerned that your child’s needs might not be met, contact your mayor and follow up with a letter to your state representative requesting statewide mandated training. 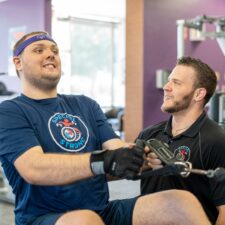 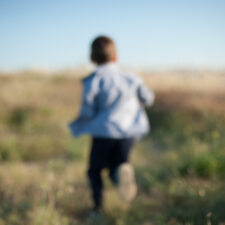 Ending Elopement: When Your Child with Special Needs Takes Off