Why We Should Teach Kids To See Color - DFWChild 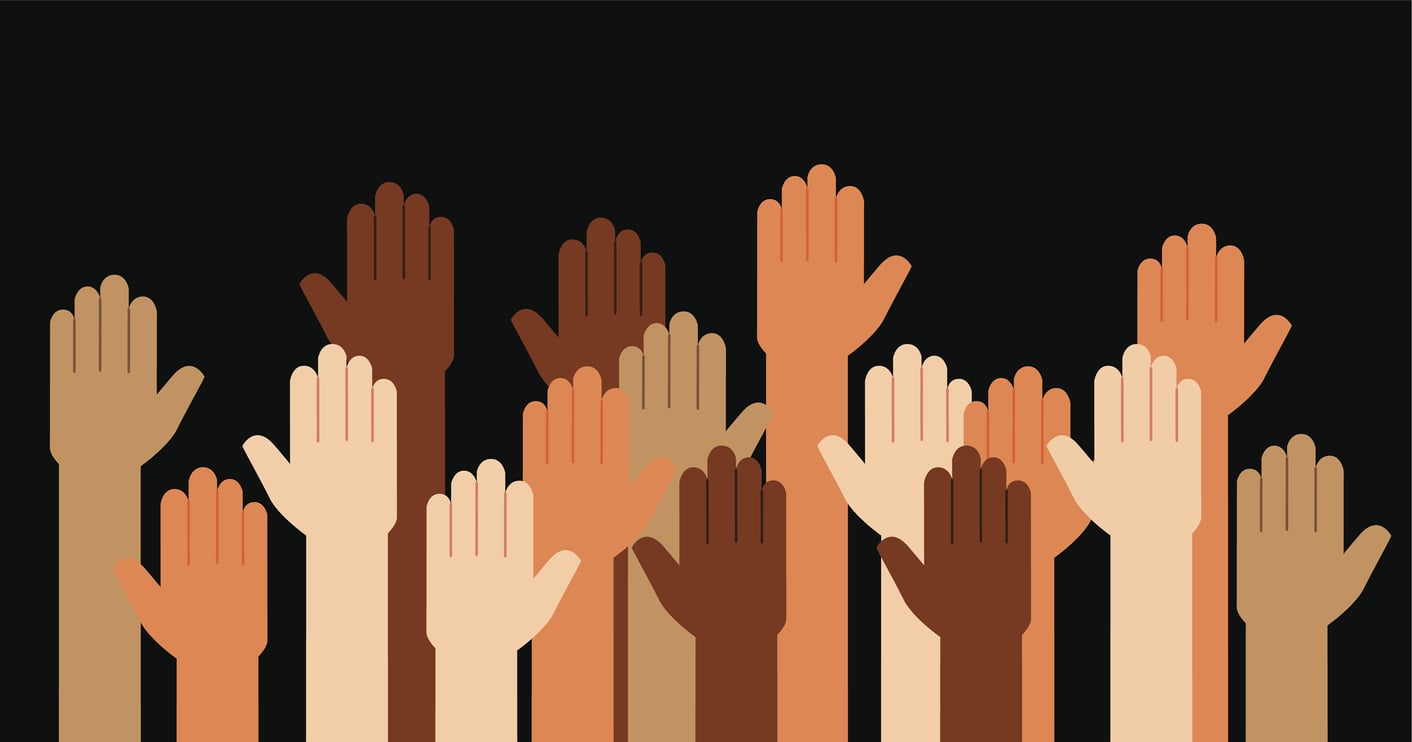 “I don’t see color, and my kids don’t see color either.” That’s a common response to racism—a well-meaning pledge to teach our children not to judge people by their ethnicity, but to be kind to everyone.

“That is very much a generation X kind of framework: ‘I don’t see you as Black, I don’t see you as Hispanic; I see you as my friends,’” explains Maria Dixon Hall, senior advisor to the president for cultural intelligence initiatives and associate professor of organizational communications at SMU.

But however good our intentions, experts say teaching our kids to ignore color is not the way to raise anti-racist children—in fact, they reveal, it can do more harm than good. Here’s why.

The Problems With Teaching Kids Not to See Color

Colorblindness is not reality

In a recent viral video, a dad shows his son images of Black and white children playing together and asks his son to describe what he sees. The boy points out all kinds of things—girls, boys, hugging, smiling, the grass—but not skin color. (It’s a really sweet video.)

Parents like to think they can preserve that innocence by not pointing out race, but kids do notice racial differences at as young as 6 months and, eventually, differences in how people of other races are treated.

Sherry Breed, chief of equity and excellence at Fort Worth ISD, explains that her students talk about disparities in how their peers are treated—for example, white students are called on more often by the teacher, or students of color are disciplined more harshly. “We have to recognize that everyone is not treated the same,” says Breed, who is also Black.

Sure, we can share Martin Luther King Jr.’s dream of living in a world in which people are judged only “by the content of their character,” but that’s not the world we do live in.

What’s wrong with teaching kids just to be kind to everyone?

True kindness is rooted in empathy, in acknowledging other people’s feelings and experiences. Breed explains that an action that seems innocent to one child might be hurtful to another because of how race (and racism) has shaped their life. She offers an example:

“The student [of color] is in a gifted class, and a friend says, ‘Oh, I’m glad we’re going to be in class together! How’d you get in the class?’ That could make the student of color think, Do they not think I’m smart enough to be in the class? Or is it because I am a person of color that they question I’m in here because of grades?”

Seeing each other’s fears, challenges and experiences enables kids to truly be kind—and not only that, Dixon Hall emphasizes, but to recognize racism and advocate for their friends.

This may sound counterintuitive, but Breed and Dixon Hall believe that when we ignore race, we allow racism to fester in our homes and society.

“Even in our silence, we are also shaping our kids,” Dixon Hall says. Not talking about differences like race—or scolding your child for pointing them out—can send the message that those differences are bad. “[Parents] can actually kill that interest and that ability to collaborate across racial lines by remaining silent, by not encouraging and asking and learning,” she says.

Not seeing color also enables parents to maintain segregation in their personal life. Dixon Hall explains that when parents don’t make the effort to diversify their own social circle or their kid’s environment, they implicitly confirm that people who look like them are more acceptable.

Even well-meaning attempts to broaden a child’s perspective can send the wrong message if parents don’t consider the racial implications.

So What’s the Alternative? How Do We Teach Kids to See Color?

Do your own work first

Breed and Dixon Hall stress that self-reflection is critical—until you examine your own biases, you can’t be authentic with your kids.

“I think this is where vulnerability is appropriate in parenthood,” says Dixon Hall, “where we’re able to tell our children, ‘I haven’t thought about this, but it’s important, and Mom or Dad is working on this, and it’s hard and it’s scary for me.’”

Listen to your kids

It’s important to start conversations with your kids about race, but Breed and Dixon Hall recommend listening to your kids too, because they notice more than we think. “I have an 8-, a 9- and a 10-year-old—I’ve been amazed at the conversations they’ve been having regarding race,” Dixon Hall says. “Sometimes I just let them talk. It challenges me.”

“Students may come home with something that’s happened in school, and if they do, take time to talk about it,” Breed adds. “For my middle school and high schoolers, we hear a lot of them give clear, very emphatic comments about what they have experienced in their own schools.”

Be intentional about celebrating other races and cultures

Dixon Hall reveals that she uses the calendar as an opportunity to teach her children about race and culture. “Even as a Black parent, I use [Black History Month] in creative ways to instill pride, but also to teach,” she says. “When we get to St. Patrick’s Day, I want my children to understand the lives of the Scotch-Irish and their contributions to America, and also their struggles.”

Now, that does not mean white parents can talk about Black history in February and then consider their work done for the year, but holidays and commemorations can be helpful conversation starters.

Other “low-hanging fruit,” as Dixon Hall calls it, might include watching movies that feature protagonists of color, or diversifying your child’s bookshelf. “If they’re into cowboys, [have] them read a book about Black cowboys,” she says. “It allows them to hear the stories of other people in a nonthreatening way, in an educational way, and they’re able to recognize that there are some differences.”