Why Kids With Disabilities Have Trouble Getting the Right Diagnosis - DFWChild 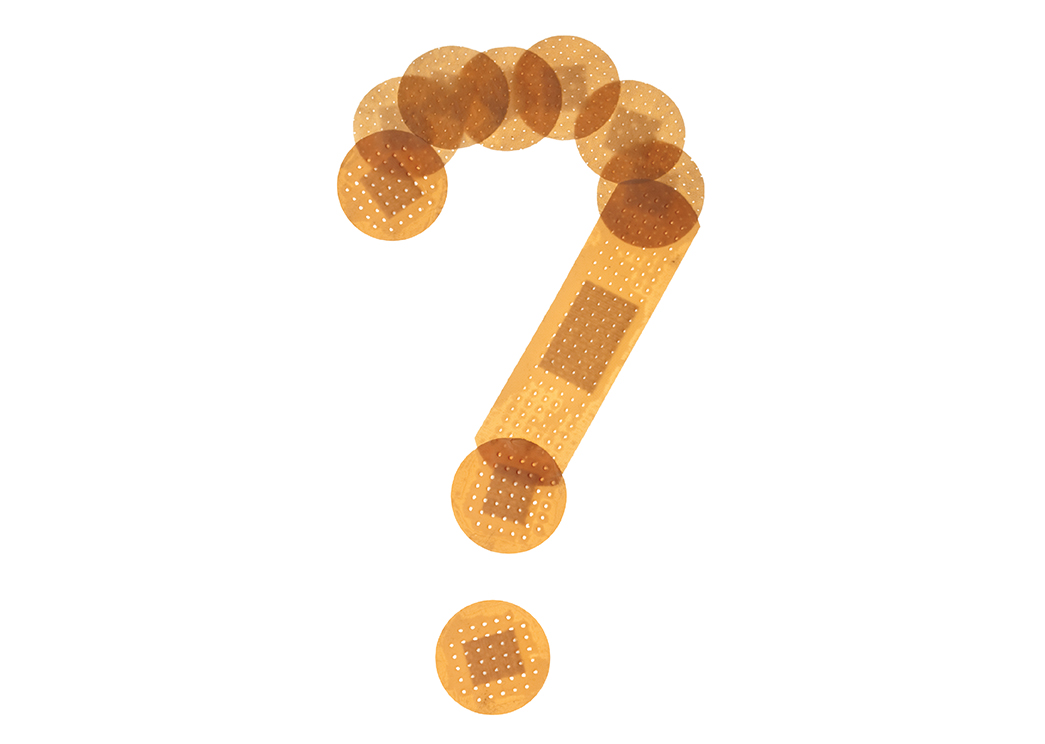 Earlier this year, 8-year-old Chance Luttrell injured his leg at school. The school called his mom and said he couldn’t put any weight on his leg, so she rushed Chance to Children’s Medical Center in Dallas.

“The doctor was talking to him, asking him how he got hurt. [Chance] would point at his leg, but we couldn’t tell where exactly it hurt,” says Tina Parrent of Plano, Chance’s aunt. “They felt around but just had to get information from my sister because Chance couldn’t tell them anything.”

Chance has autism and is nonverbal. Because he couldn’t relay what had happened, there wasn’t much that the doctors could do. Without X-rays—he couldn’t sit still long enough for doctors to do X-rays—or a good understanding of his symptoms, doctors at the facility eventually let the family go, asking them to keep an eye on the situation to see how things went.

“It is hard when they can’t tell you where it hurts,” Parrent says. It’s easy to see why kids usually dread medical exams: the cold, sterile feel of a doctor’s office; the uncertainty about pain or complications; and of course, the dreaded word “shot.” But for many children, trips to the doctor prove to be routine and mostly painless.

On the other hand, children with a disability, special need or an undiagnosed condition have much muddier waters to navigate when it comes to medical care. That’s because disabilities, like Chance’s inability to verbally communicate, can get in the way of proper care and diagnosis.

According to a 2015 article in The Atlantic, lack of communication is one of the more common reasons that children receive misdiagnoses. The outlet reported that pediatricians are sued for misdiagnosis far more than any other specialist group. In fact, in a 2010 survey published in the journal Pediatrics, 54 percent of pediatricians admitted to making a misdiagnosis at least once or twice a month.

“Children of all abilities have trouble communicating what’s going on. That includes teenagers,” says Dr. Dennis Z. Kuo, chairperson of the American Academy of Pediatrics Council on Children with Disabilities and division chief of general pediatrics at the University at Buffalo. “We roll with it as that’s just normal in pediatrics.”

Kids are simply not good at communicating their symptoms, agrees Dr. Sarah Matches, medical director of the pediatric clinic at the University of North Texas Health Science Center in Fort Worth. “In general, children who are young have difficulty communicating anyway. [But] a communication problem in addition to special needs can make it much more difficult to assess and diagnose,” she says.

That means kids with disabilities that impede speech or communication could be at greater risk for receiving a misdiagnosis or no diagnosis at all. Add to that behavior problems, like the inability to sit still for evaluations and imaging, and you have a population that’s more vulnerable when it comes to receiving the wrong medical care.

A Vulnerable Population
It often starts with the initial diagnosis of a disability.

According to a 2015 article published in the journal Autism, it can take years to reach a correct diagnosis of autism. As a result, kids are delayed in starting the treatment that they need. Other kids may be incorrectly diagnosed, for example, with attention deficit hyperactivity disorder (ADHD) or epilepsy when the real problem is narcolepsy, a disorder that scientists say is often underdiagnosed in adolescents because it’s mistaken for a host of other conditions, including laziness.

Even after a child’s special need has been correctly diagnosed, they may experience complications getting care for other complaints, whether it be the diagnosis of an additional disability or treatment for more routine health concerns like Chance’s hurt leg.

There are no statistics we know of on the number of children with special needs who are misdiagnosed for unrelated health issues as a result of their disabilities. But that these children are more vulnerable to misdiagnosis by pediatricians—or a lack of diagnosis altogether—has been true for Chance and his twin brother, Aiden, who also has autism and is nonverbal.

When they’re experiencing health issues, the boys can’t describe how they’re feeling, what hurts or if they’ve noticed any changes. This fact has led to many issues and frustrations for Chance and Aiden’s caregivers, who don’t feel the boys get the medical care or diagnoses they need.

“It gets discouraging to take them to see a doctor,” says Parrent, who is involved in their care and sometimes accompanies them on doctors’ visits. “They’re smart, but communication is just not there. They can’t say, ‘My stomach hurts,’ or ‘My head hurts.’”

Parents bringing their child with special needs to the doctor because the child is in pain is one common scenario Matches has encountered.

“That can be difficult. We don’t always get the responses from the patient to give us feedback,” she reveals. “In those situations, if the patient looks good, we may observe it for a while [without treatment].”

In children with special needs, self-reporting symptoms is almost always near impossible, adds Dr. Frank McGehee, a pediatrician at Cook Children’s in Fort Worth.

“In a ‘normal’ 12-year-old child, we’d have them fill out a questionnaire for symptoms,” he explains. But that doesn’t work for kids with disabilities who have difficulty expressing themselves.

Matches says that when the health risks associated with a special need are greater, she may have a lower threshold for seeking further evaluation for a complaint, getting imaging or tests done sooner than she would with a typical child.

But she’s careful not to jump to any quick diagnoses that would pose a problem if they proved incorrect. When she goes ahead with diagnoses in difficult clinical situations, the risks are usually minimal. For instance, diagnosing an ear infection without looking in a child’s ear because they couldn’t sit still means a one-time use of antibiotics, and this, in the long run, isn’t a danger, she says.

“But if we have to do more tests”—like a CT scan or MRI that can expose a child to more risks— “that could have detrimental effects on the child,” she explains.

Such was the case with Catherine Freeman’s son Holt, who has autism and ADHD. Now 24, Holt was about 15 years old when he began scratching a lot.

“I was trying to figure out what was going on,” says the Dallas mom, who noticed her son had skin irritations and took him to the doctor.

Holt was nonverbal until about age 12, Freeman says, but throughout his teens, his vocabulary was limited and he wasn’t a good storyteller.

“So when a doctor asked, ‘When did the rash start?’ he could not answer that correctly. So he was [only] able to communicate what’s happening now,” she explains.

The doctor recommended antifungal cream. But the rash kept spreading, and weeks later, Freeman noticed that it seemed to have spread to Holt’s groin. After trying a stronger cream that didn’t help, Holt was referred to a dermatologist.

“The antifungal creams did nothing,” Freeman says. And for six years, Holt lived with outbreaks of a rash that caused discomfort and pain and made him avoid playing sports.

“I can’t tell you how many family doctors we went through in the six years until we got a [correct] diagnosis,” she says.

In Holt’s case, the ineffective antifungal creams likely weren’t dangerous, but other unnecessary treatments that kids with special needs receive as a result of misdiagnosis can be. In the example of children with narcolepsy whoare misdiagnosed with other disorders, treatment often includes antidepressant or antipsychotic medications—and that’s scary stuff.

A Parent’s Power
McGehee says that parents aren’t helpless in situations in which their child’s disabilities are making a diagnosis difficult. When evaluating a child with special needs, pediatricians typically rely on lab tests, mood, behavior and parent input instead of just the child’s, McGehee says. (That’s also how pediatricians treat pre-verbal children, he explains.)

Still, because mood and behavior are taken into account,Freeman thinks doctors, nurses and others in the medical profession need to be better equipped to work with children who have special needs.

She recalls an incident when she and Holt visited the doctor after Holt had been experiencingstomach pain, and she had to explain how autism affected his behavior in the doctor’s office.

“While they’re doing the exam [and the doctor is touching his stomach], he’s laughing,” she recalls. “He’s having an inappropriate response to something that’s serious. If I hadn’t said he has autism, she would have thought the kid was playing a joke.”

Since some behavior caused by special needs can look like shyness or defiance, it may not be immediately obvious to a doctor or nurse that a child has a disability, especially if they’re in the office for the first time. Even for regular patients, doctors may start an exam before remembering a child’s specific needs. Parrent says in the years that Aiden and Chance have visited their pediatrician’s office for routine checkups, their mother has always had to explain that the boys have autism and are nonverbal.

“Every time we go to the doctor, we have to explain that they’re picky eaters and that they can’t communicate,” Parrent says. “[The doctors] talk to the children like they’re going to respond … I wish there were more doctors who were specialized in treating kids with autism.”

That’s why children with disabilities need advocates—parents who are willing to let doctors know what’s normal or not normal behavior for their child and what’s changed over time. Parents should ask questions if they don’t understand a diagnosis or how specific symptoms support the diagnosis.

Matches says parents might also benefit from documenting a timeline of events, from when symptoms began occurring to when a child was diagnosed in the event they want to seek a second opinion.

McGehee adds that learning to communicate, however possible, will lead to improved medical care and a better relationship between doctors and patients. He advises parents to watch for how their children best communicate and let doctors know.

But one of the most important things parents can do, experts say, is to maintain a relationship with the same provider who can gauge what’s normal for their specific child.

“The number one thing for parents is … to be consistent, to go to the same provider every time so that someone really knows the child and knows what the baseline is,” Matches says. “If I have a mom who comes in and I know her well, I’m much more likely to respond whenshe has a concern as compared to a parent that I’ve never seen before. Having a relationship is huge.”

Communication is cumulative, adds McGehee. “If you see the same doctor over and over again, the child and doctor know each other. So if something changes, it becomes obvious,” he says. “Ideally you’re not seeing a patient for the first time.”

In a familiar environment with a friendly face, parents may feel more comfortable asking questions or even challenging a doctor’s initial diagnosis.

“It’s an extremely frustrating situation for [parents],” Matches acknowledges. “Knowing they have someone they can trust makes a big difference.” 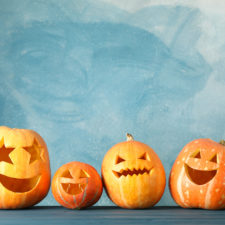