Why Are Kids Regressing During the Pandemic? - DFWChild

Skip to content
DFWChild / Articles / Family Life / Behavior / Why Are Kids Regressing During the Pandemic? 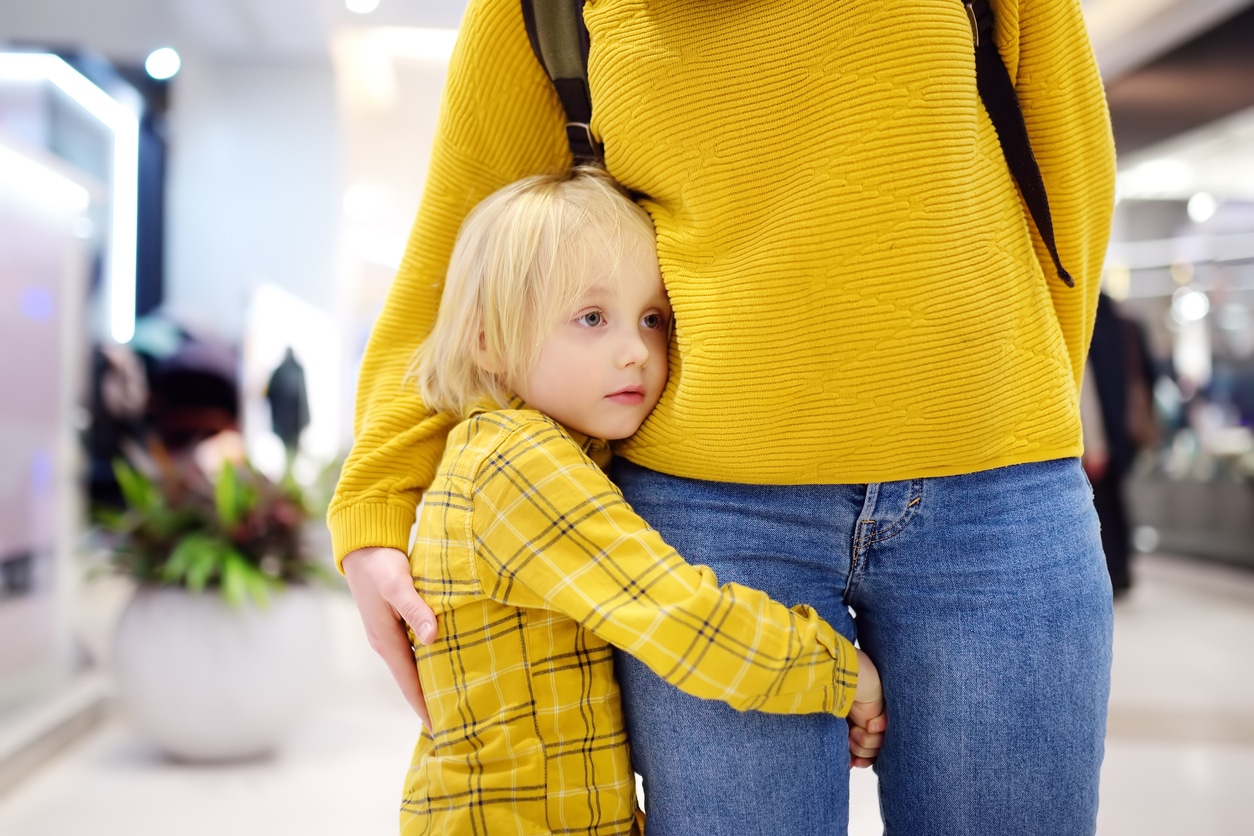 Being quarantined for COVID-19 this spring has affected people in different ways.

Adults have been relieving stress by baking, doing DIY home projects (guilty!), creating family TikTok routines and having Zoom happy hours with friends. But how are kids dealing with isolation from friends and virtual school for the rest of the year?

A lot of parents are seeing unusual behaviors in their children, such as carrying around a long-forgotten lovey or fully potty-trained kiddos are having accidents again. Why are our kids regressing during this time?

“In times of uncertainty, kiddos might search for ways to seek control, which can include what they eat and bathroom habits,” says Robi Heath, certified therapist and owner of Kid Talk Frisco. “Kids only have control over so much. This could manifest with them regressing with potty training, controlling when they use the bathroom, and/or a shift in their eating,” says Heath .

In early March, my husband and I would have the news on in the background to keep ourselves informed about the increasing numbers while our kids would be off playing or looking at their tablet. I quickly learned the err of our ways when a few days later I told my 6-year-old daughter to be careful on the swing set and she said, “We can’t get hurt because there aren’t enough supplies for all of the sick people.” It was a lesson. I learned that even though our kids aren’t “watching” the news, they are definitely picking up on some of the scary facts.

“Our kids are listening to news content that they really don’t need to,” says psychologist Matthew Housson of The Housson Center in Dallas. “They’re seeing emotions on the news that they don’t know how to contend with. That anxiety is just like a smoke storm. It gets all over you. What we’re trying to do is limit children’s exposure to that, and understand that these emotions are driving the regressive type behaviors,” he explains.

In addition to limiting their exposure to the news media, how do we help our kids feel more safe and secure during a time when even we don’t really know what the future looks like? Housson recommends that parents connect with children through story time, song or prayer. “And kids, especially boys, do so well talking side by side rather than face to face,” he says. “For older kids a bike ride or a walk is a perfect setup to answer open-ended questions like, ‘What’s been the worst part of the coronavirus for you? What’s been the best part of it?'”

For younger kids, Housson says he’s asking parents to make sure they have different play-based toys. “Play is the language through which children work their emotions out,” Housson notes.

WHAT ABOUT ANXIETY AND DEPRESSION?

If our kids aren’t regressing, there may be other signs that they’re experiencing anxiety or depression and aren’t be able to express it. “The incidence of depression generally in kids is pretty low,” says Housson. “You see more anxiety. And then typically, you see irritability.” He recommends that the more you can get kids in outdoor spaces (swimming pools, parks, etc.), the better. “[It’s] therapeutic against some of [those feelings],” he explains.

And what does anxiety and depression look like in older kids? Housson says it can manifest itself in motivational difficulties and not willing to help with chores. “We’ve had some kids who have had an ‘I don’t see the point of doing this homework’ attitude. And that’s clearly a sign of depression.” Anxiety can also appear through sleep difficulties and the increased need for reassurance. Housson says you may see the question of “Is everything going to be okay?” appear more frequently.

Handling a child who doesn’t seem motivated to do school work or help around the house doesn’t seem like an entirely new problem, but Housson encourages parents to handle it gently during these times. “The natural reaction of families is to say, ‘Well, you’re not going to get into college and you’re not going to do that.’ And sometimes it’s just simple enough to have an empathic statement such as, ‘This has really been hard for you,’ and ‘School was already hard enough when you got to see your friends [and] now you can’t see your friends. I can understand why it’s hard to see the value in doing this.'”

Ultimately, ask them what you can do to help.

An important aspect that both professionals point out is that these are not permanent regressions. Heath and Housson suggest seeing these behaviors as temporary—it’s their current state, not trait.

Understand that these behaviors are really good barometers of how the child is feeling. “When those barometers get kicked up, we want to kick in with increased structure, sleep, exercise, family time,” says Housson,  “Envelop [your] children with love and care so that they know everything’s going to be okay—[so they know] we’re going to get through this.”