What You Need To Know About Sports + Deadly Heart Conditions - DFWChild 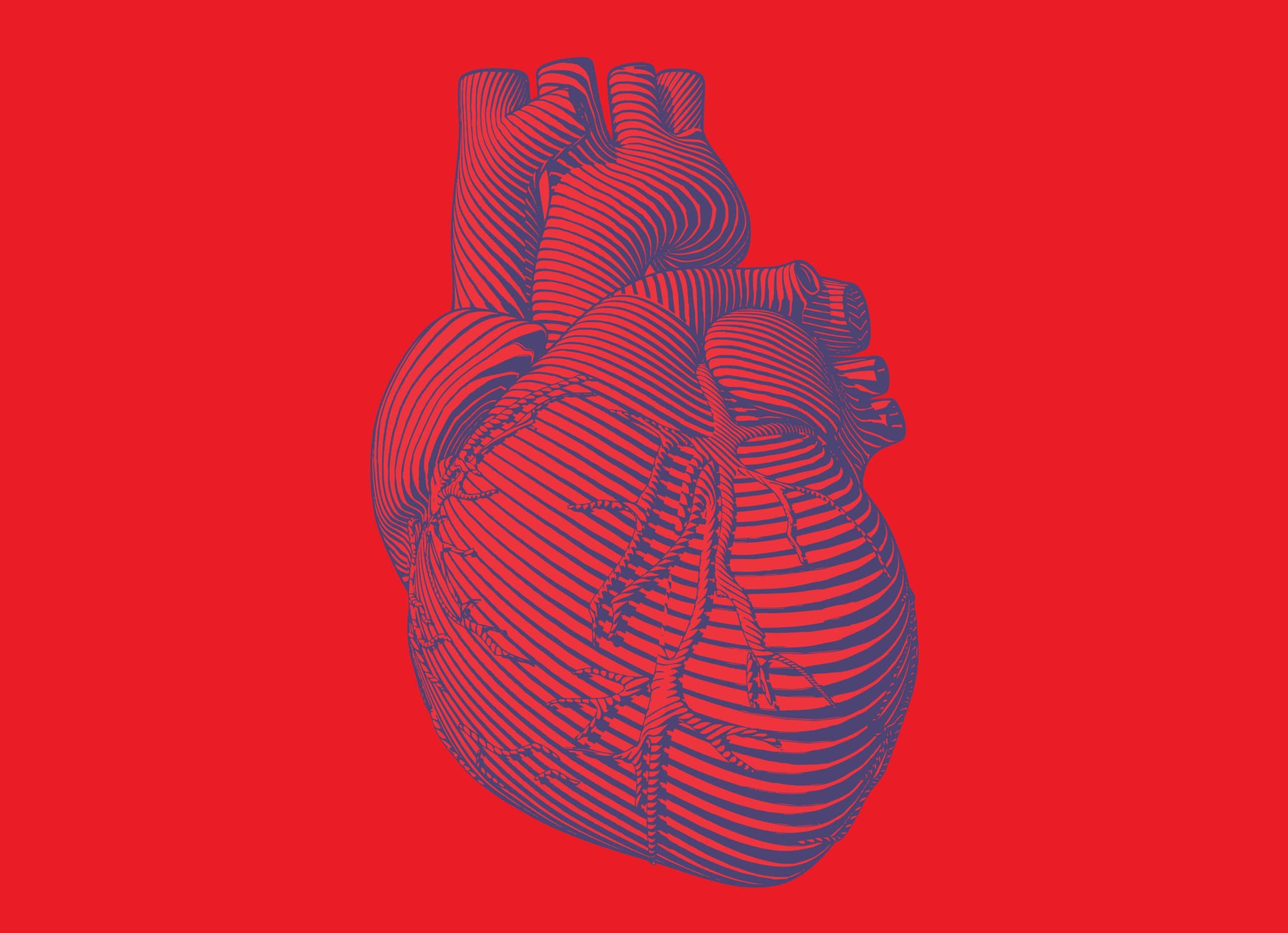 Sitting in the parking lot at Plano East High School, waiting to pick up her son after football practice, Karen Schrah received a call that no parent wants: Something had happened to her son Zachary during practice. She thought perhaps her 16-year-old had broken a leg, until she saw the ambulance and fire truck at the field house and then was held back from getting close enough to see what was going on.

“When they told me he was being worked on, I knew it was something more serious,” she recalls.

Coaches, teammates and parents began to tell her what they knew, simply that Zac had collapsed while running drills in the field house. Friends and teachers followed the ambulance to the ER, where they waited, prayed and leaned on each other for strength during the two hours doctors worked to save Zac’s life. His family was sitting with him when he was pronounced dead.

Zac’s cause of death was an undiagnosed congenital heart condition called hypertrophic cardiomyopathy (HCM), one of the top two causes of sudden cardiac arrest (SCA). HCM thickens a portion of the heart for unknown reasons, reducing its ability to pump blood effectively. Sufferers can experience chest pain, shortness of breath and irregular heart rhythm, or no symptoms at all.

With immediate intervention—such as with an automated external defibrillator, a portable electronic device designed to shock the heart back into normal rhythm—symptoms can be treated successfully.

But unless treated within two to three minutes, HCM will lead to death.

Are Heart Conditions on the Rise in Young Athletes?

Though devastated, Schrah remembers feeling in those first few moments after her son’s death in 2009 that God must have a plan, that he would support and comfort her, and that something would come from her son’s death.

Zac’s friends and his younger sister Sarah had no such assurance. They wondered how this 6-foot-2, 225-pound kid who was the epitome of health could have had a heart condition serious enough to take his life. How could someone so special, so loved by his friends, so active in outdoor activities and sports, and so full of integrity, team spirit and leadership potential be gone? He’d been the life of the party, an excellent student who planned to go to the University of Texas, become a doctor and save lives. The entire school district grieved Zac’s untimely passing. Until they left for college 16 months later, his friends continued to hang out at the Schrah home and in Zac’s room. They wrestled with the question of why.

Though you may occasionally hear stories like Zac’s on the news, SCA is considered relatively rare. Pediatric cardiologist Dr. Matthew Dzurik, medical director of the Cardiac Catheterization Laboratory at Cook Children’s, reports that SCA is responsible for 5% of all cardiac-related deaths of children and only 1.3% of all deaths of children.

Likewise, heart conditions that lead to SCA are not on the rise for young athletes or kids in general. According to Dr. Ilana Zeltser, director of electrophysiology at Children’s Health and associate professor at UT Southwestern, “incidences of heart conditions in young people are not increasing, but the degree of performance, families and athletes becoming more competitive, and the use of performance-enhancing measures are on the rise. These, and even the onset of puberty, may contribute to SCAs in those with existing heart conditions.”

Estimates vary for the number of athletes who could experience a significant cardiac event with no prior diagnosis—Dzurik says the best studies put the ratio from 1 in 40,000 to 1 in 80,000, but those studies may include adult athletes, not just teens. For perspective, there are more than 800,000 high school athletes in Texas, per the National Federation of State High School Associations, so a handful of young athletes are likely at risk and don’t know it.

How is it that deadly cardiac conditions can go undiagnosed? “Sometimes, the first symptom of a heart condition is an irregular heartbeat that quickly becomes an SCA,” Dzurik says. This can happen during extreme exertion, mild activity or even sleep. Asymptomatic disease is, by nature, not easily detected. And until recently, screenings like echocardiograms and electrocardiograms were used only for patients showing symptoms.

Then when SCA occurs, not all spaces are equipped with AEDs nearby, reducing the chance of survival by about 10% for each minute without emergency treatment, according to the National Safety Council.

When Schrah learned that an AED might have saved Zac’s life if it had reached him sooner, she knew what she had to do to protect other children.

Within three months, she created Living for Zachary, a nonprofit dedicated to raising awareness of and preventing SCA in other young people. Living for Zachary focuses on educating parents about heart abnormalities, facilitating screenings that might detect them and funding the placement of AEDs where they can be quickly accessed.

“Taking my experience of losing a child and wanting to help others, then actually meeting other parents whose kids have had our heart screening and discovered the need for corrective surgery, or working with adults or kids who have been saved by an AED, has given my life purpose,” she says.

What Parents Need To Know About Heart Screenings

Stories like Schrah’s are every parent’s worst nightmare. When a sudden student death on the sports field makes headlines, fears are ignited, and parents wonder what can be done to protect their child. Questions abound:

What should I do to keep my child safe?

Dzurik urges parents not to be afraid of allowing their kids to be active, explaining that heart abnormalities don’t form because of physical activity—though there are risk factors and symptoms that parents should be aware of.

“The best place to start is with your pediatrician or primary care physician for sports physicals and regular wellness checkups,” Dzurik says. “If there is a family history of heart conditions or your child has experienced any symptoms, an EKG may be indicated.”

Thanks to new state legislation, parents can now access screenings even without symptoms or a family history of heart disease. Cody’s Law (HB 76) was passed in 2019 in part through the work of the Cody Stephens Go Big or Go Home Memorial Foundation. The organization was launched by the family of Cody Stephens, a young athlete who succumbed to SCA in 2012 while resting in a recliner on a Sunday afternoon.

Cody’s Law gives parents the right to choose heart screenings for their children, and University Interscholastic League (UIL) examinations for participating in school sports now include information about these optional screenings. SCA strikes non-athletes, as well, and organizations like Living for Zachary can be a source of information and help with the cost of screenings. Note that the law does not make sports screenings mandatory; parents can opt out.

Why are these screenings optional? Why aren’t they mandatory for sports physicals?

“Unfortunately, we cannot find every athlete that will have a heart problem,” Dzurik adds, “no matter how much screening we do.”

Fortunately, not all heart conditions are imminently life-threatening, and many times symptoms do alert families of the need to seek medical attention.

Even if only a small percentage of heart conditions can be detected through these screenings, isn’t that worth it?

Schrah, undeterred by this controversy, agrees. “We understand there are some cases in which it is difficult to prevent sudden cardiac arrest,” she says. “My perspective, and the perspective of Living for Zachary, is that if we can save even one child’s life through preventative heart screenings, we believe our mission has been accomplished and families can be spared a lifetime of grief because of it.”

To date, Living for Zachary has facilitated more than 8,000 youth heart screenings at multiple events throughout the year and Baylor Scott & White. If a child is unable to attend a free screening event, families can schedule a $55 heart screening at Baylor Scott & White The Heart Hospital in Plano. At least three young people have discovered heart conditions through these screenings. According to the Cody Stephens Go Big or Go Home Memorial Foundation, its screenings have led to the diagnosis of heart conditions in more than 90 young athletes.

What else is being done to help keep student athletes safe?

But receiving by far the strongest push is a strategy that the major national cardiac organizations agree is the most effective for protecting kids from SCA: creating Heart Safe schools.

And this is something parents can help with.

What Are Heart Safe Schools?

Whether parents opt for screenings, Dzurik encourages parents to channel their fear and energy into the two most important measures that are known to save lives: CPR and AEDs.

Dzurik explains that Cook Children’s works with Project ADAM, a nonprofit named for a teen who died from SCA while playing basketball, to certify schools as Heart Safe. What makes a school or other organization Heart Safe?

Cook Children’s reports that 434 Texas schools have been designated Heart Safe, including 258 schools in North Texas—251 public and only seven private. (Find out if your school is Heart Safe at cookchildrens.org.) With thousands more schools, extracurricular organizations and churches in Texas, there’s still plenty of room for parents to get involved and initiate the program where their children could benefit.

“It’s just so important for schools to talk about emergency preparedness,” Schrah says. “Do you know where the AEDs are? Do you know how to quickly apply them?”

So far, Living for Zachary has funded training for 1,667 people and donated more than 290 AEDs.

“The first AED we donated, just six months after we launched, was to St. Mark’s Catholic Church and School in Plano,” Schrah reveals. “Two years later, a parishioner collapsed during mass. The AED saved his life and now he serves on our AED committee and teaches CPR.”

So what’s the best thing you can do to protect your child? In addition to carefully considering your child’s screening needs, you can donate to organizations like Living 4 Zachary that are working to get AEDs and CPR into schools. And you can advocate for Heart Safe schools in your community.

“Sudden cardiac arrest can happen in the blink of an eye with no warning, and protecting our schools and youth-based organizations from it is so important,” Schrah says. “One of the best first steps we can take is to start the conversation with family, friends, teachers and community leaders.”

Zac’s sister Sarah is also committed to saving lives. Because of his death, she became an ICU nurse. Sarah graduated in December 2018 from Baylor University Louise Herrington School of Nursing and is currently practicing at Baylor Scott & White The Heart Hospital in Plano.

For Schrah, heart health advocacy has transformed her outlook. “Working with parents and kids … has given me an unbelievable joy I never thought I could experience again, a reason to press on and get up every morning,” Schrah says. “The love and joy that has come from being able to carry on and do this in Zac’s memory is overwhelming.”

These organizations are actively working together in Texas to prevent sudden cardiac arrest in students and provide resources to save lives when SCA happens:

Living for Zachary brings youth heart screening events to schools and youth organizations in North Texas and donates AEDs to these groups in order to protect the children they serve.

The American Academy of Pediatrics recommends talking to your pediatrician if your child has any risk factors or symptoms for dangerous heart conditions, including symptoms that seem to resolve without incident. These include: