What to Know About Natural Childbirth - DFWChild 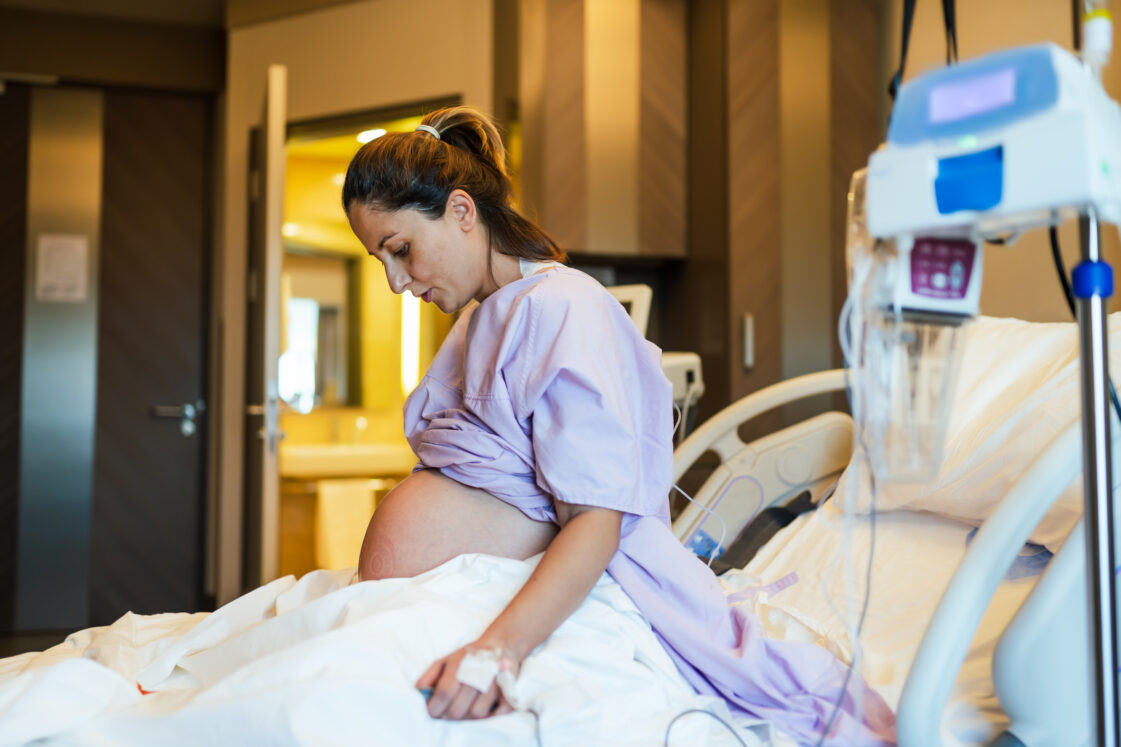 Delivering your baby is no doubt the most exciting part of pregnancy—and it can be daunting, too. How long will it take? What’s your birth plan? How much pain will you be in? One of the biggest questions is whether to get an epidural (assuming you even have enough time to choose once you’re in labor). For insight, we connected with local moms, several of whom have had kids both ways—a natural childbirth and birth with an epidural.

Yes, it’s intense.
Of course, every mom’s birth experience is different. But you do need to be prepared for the intensity of natural childbirth. If you’ve given birth before, it’s like the contractions before an epidural—“but it gets more and more intense and closer together,” shares Paige Monacelli, a Grapevine mom of two. She describes her experience toward the end of labor as being in “pure survival mode.”

“My eyes were closed, I was breathing, and I felt like I couldn’t do anything but just try to survive. You hear about it from your doula and in a birthing class, but until you experience it, you don’t know.”

Sarah Cole Schultheis, a Fort Worth mom, described her no-epidural experience as “a butcher knife to the kidneys.” The most painful part, according to many moms we spoke to, is what’s known as the “ring of fire”—a searing sensation around the baby’s head as it is coming out.

“I think [forgoing an epidural] has to be a personal choice, and once you make it, you have to commit fully,” says Megan Holladay, who had both her kids at a birth center in Dallas. “There’s no sugar-coating it, but if you go in with the mindset of ‘trying to see how far you can get,’ it’s going to be even harder.”

It can also be very rewarding.
Moms have different reasons for going the natural route. Some want an epidural but are too far along in labor. Others say they wanted to do it because their bodies are meant to give birth, and they found the natural method fulfilling.

“I think there are pros and cons to both natural childbirth and epidurals, but neither is a wrong choice.”

“We need to talk about the birthing process accurately,” says Rachel Minix Davis, who lives in Arlington, “with empowering language about a woman reaching inside of herself and finding that she is completely capable of accomplishing the greatest physical act of her life. After doing so, you’re pretty convinced that there is nothing on earth you cannot do.”

Davis adds that she’s not negating the experiences of women who have medicated labors. “They are no less woman, no less mother. I am speaking to something different: the mother who deeply desires a natural labor but may choose otherwise due to fear or lack of resources.”

In some ways, it can be more comfortable.
When you have an epidural, you’re basically tied to a single spot. With natural childbirth, “I loved being able to walk and move around,” says Laura Jo Brown, who had her children at a Hurst birth center. Grapevine mom Corina Bocsardi, who had an epidural for her first child, said the medicated route meant she couldn’t move around right away, and she had to call for assistance for hours after the birth.

Bocsardi was one of multiple moms who mentioned pain related to the epidural site. For her, it was temporary soreness. Minix Davis says she’s had ongoing pain.

Be ready for some negative comments.
Holladay says her (now former) OB-GYN called her “crazy” for wanting to try natural childbirth. Monacelli had a similar reaction from her doctor and ended up switching to a midwife. When it comes to family and friends, you can stay private about your preferences and choices if you want, but if you do share, remember that it’s your views and opinions, and those of the health provider you choose for delivery, that really matter.

Take advantage of resources to help.
That means being physically and emotionally prepared. Minix Davis recommends finding a childbirth education course that focuses on having an unmedicated birth experience. (She loved the Birth Boot Camp program; it’s offered online, but Minix Davis advises finding a group that meets in person.) You’ll learn about the mechanics of each stage of labor, relaxation practices, natural pain relief and more.

Many moms also recommended having a doula. This professional doesn’t perform medical tasks, but they provide physical and emotional support to a laboring mom and serve as her advocate.

RELATED: Midwife or Doula? How to Make Your Choice

And if you know a mom who gave birth without an epidural, ask if you can get her impressions.

You can change your mind (if you’re not too far along).
Some moms plan on a natural childbirth, but after extended labor, opt to go for an epidural. “I tried to go without it on my first birth, but after 26 hours, I needed it,” says Monacelli. “I believe the epidural is the only way I didn’t end up with a C-section.” Monacelli adds that even if you couldn’t go without the epidural with one child, you may be able to do it with another pregnancy. “No epidural is much more doable, in my opinion, with a second child.”

Bottom line, says Grapevine mom Jessica Ballard-Grace, “don’t be so committed to a birth experience that you set yourself up for disappointment if things don’t go the way you plan. I think there are pros and cons to both natural childbirth and epidurals, but neither is a wrong choice.”

RELATED: What You Need to Know About VBACs