What New Parents Should Know About Those Newborn Quirks - DFWChild 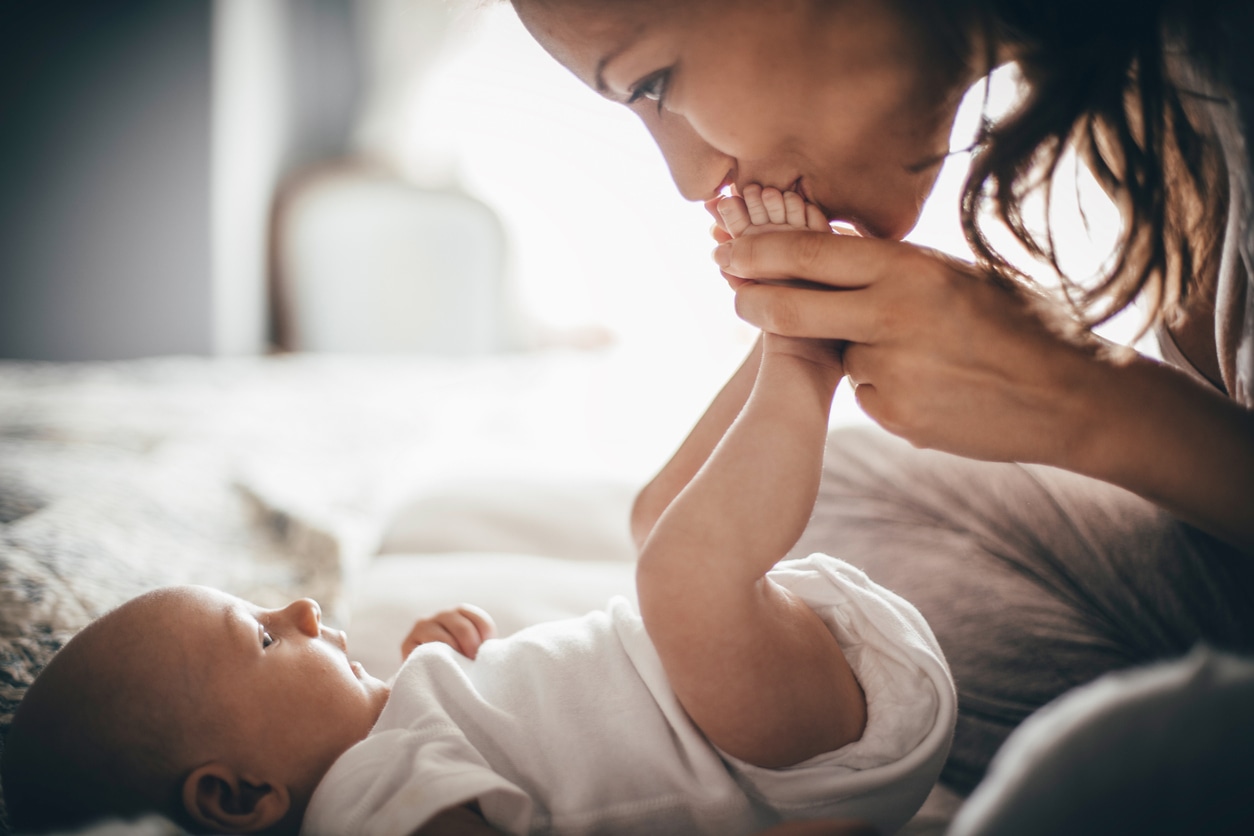 Newborns are a beautiful miracle. But moms, no matter how much you prepare for their arrival after nine months, there are some things you can’t prepare for. So naturally, there are aspects about newborns that are going to take you by surprise. Newborns have quirks, if you will.

Most of the time, those quirks are totally normal—but maybe your favorite baby app or book didn’t cover them, or it’s been a while since you had a newborn and you just don’t remember.

So while you’re ready for the obvious, we thought we’d prepare you for those quirks too. We talked with Dr. Jessica Morse, a neonatal pediatrician at Parkland and professor at UT Southwestern who works closely with Children’s Health Level IV NICU, about those things that can bewilder new parents.

There Will Be Odd Fluids

Attention, parents of newborn girls: your little one may have a vaginal discharge. And that is totally normal. “It’s usually caused by internal hormones in baby,” Morse notes. “And that will actually go away over time as those hormones get out of the baby.”

“They can have a withdrawal bleed as well,” Morse adds. “[It] usually peaks [at] day five. For some girls, it’s just a little bit of a wipe, but I have seen a couple of babies where it’s been a little bit more, and you can actually see it in the diaper.”

Morse says not to freak out and that she tries to warn moms this will probably occur. “It’s very normal; and once that goes away, they shouldn’t get another bleed until puberty.”

Babies Will Have Abnormal Movements

Have you ever fallen asleep, and then jerked awake? This quirk is along those lines. Morse says babies tend to have a startle reflex, called the Moro reflex. “That’s very normal, but parents really ask about it or get concerned about it because it can be pretty jarring at first.”

Babies will also tend to make jerking movements in their sleep called sleep myoclonus. “Parents definitely get concerned about, ‘Oh, is my baby having a seizure?’ But it’s very normal.”

Morse recommends that if parents are concerned, they can do a little test to make sure it’s not a seizure. “If you can suppress [the jerking]—if they’re shaking their limb [and] you hold it and it goes away—then it’s usually not seizure related.”

If you’re still concerned, simply grab a video of the shaking with your smartphone. Morse says your pediatrician can take a look and explain what’s going on.

Morse says that what you see from a newborn in terms of bowel movements will change as they get a little bit older. “In the beginning, they have a lot more fluids and stools, and as they get older, their bowels can just slow down a little bit,” she notes. “A lot of times, [when] baby hasn’t had a stool in a day, or two or three or four days, [that] can actually be very normal—as long as baby’s tummy is soft and baby isn’t vomiting.” Essentially, Mom and Dad just need to wait it out.

Babies Don’t Have the Best Vision

Unlike hearing, babies don’t typically get a vision screening when they’re born. Usually, the doctors will just look at the eyes to make sure baby has what’s called the red reflex, and that the eye structure is normal. The reason doctors don’t tend to test vision right after birth is because babies don’t have great vision at that time.

“They can kind of see when you hold them in your arms, they can see your face, [but] that’s pretty much about as far as they can see clearly,” Morse says. But it will get better in time.

Morse notes that babies can’t accommodate. “Whenever you try to stick your finger in the way, kind of close to your nose, your eyes will focus on that finger,” she says. “Babies can’t do that. So sometimes one eyeball will go one way, and then the other will go the other way.” Again, very normal.

They Will Grow Out of It

But if there are any concerns, don’t hesitate to reach out to your pediatrician. Hopefully, they can just set your mind at ease, but if something is abnormal? “They can make referrals … based on what’s going on,” says Morse.

Remember: While there’s plenty of info about these tiny humans, they don’t come with detailed instruction, so it’s OK to not have all the answers. And as Morse tells her new mamas: “If [babies] did come with a manual, they wouldn’t have read it anyway.”