What is Russian Math? - DFWChild 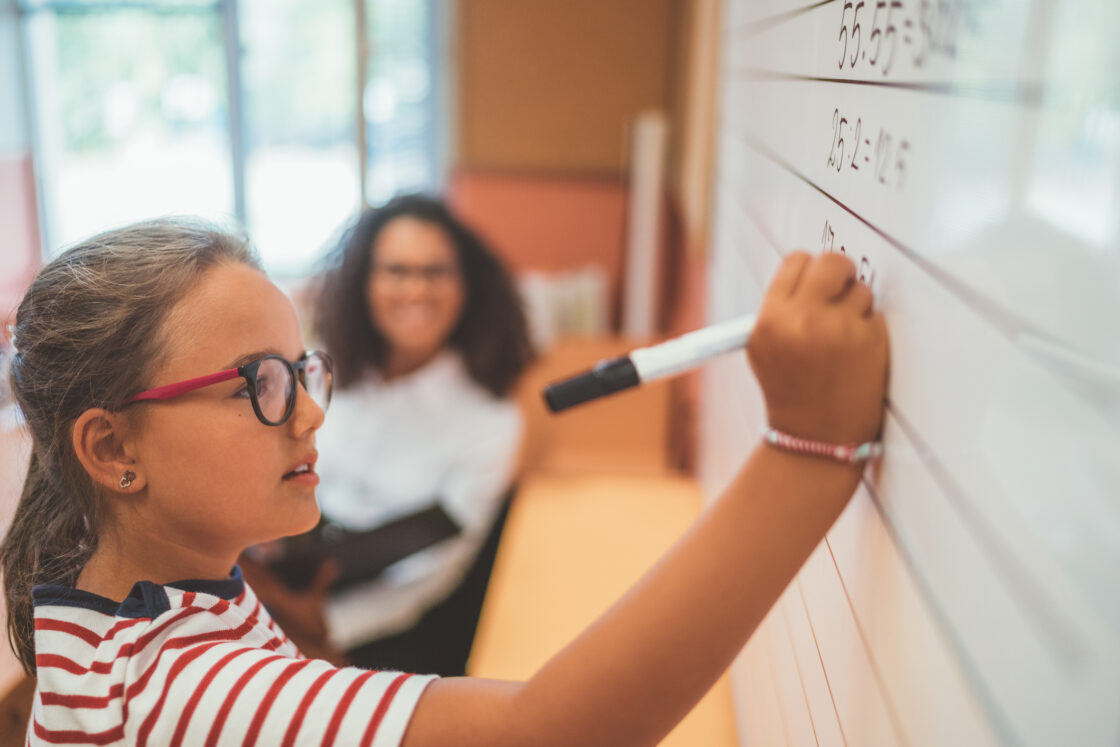 The teacher writes a complex problem on the whiteboard and then asks her students, a group of seventh-graders, to take positions at the front of the class and try their hand at the problem. As her pupils walk to the whiteboard, she smiles, knowing exactly what is about to happen. Moments later, each of her students has surmised a solution—and each solution is slightly different. “One of you is correct,” the teacher says. “Let’s figure out who it is.” Marina Popel’s school branch may be in Plano, but her teaching style is not American. This approach, called “access learning,” is a cornerstone of so-called Russian math, a style that more and more American parents are turning to in order to enhance their kids’ math skills.

Though American students have shown improvement on the Trends in International Mathematics and Science Study, which is given to fourth- and eighth-graders every four years, their scores still lag behind several other developed countries. And results of the math portion of the Program for International Student Assessment, a test given to 15-year-olds, are less encouraging, with Americans lingering in the middle of the pack.

RELATED: Language Immersion Schools and Why They Work

A Different Approach to Math

“Russian math” is really shorthand for a set of tactics employed by programs like the Russian School of Mathematics (RSM) in Plano, where Popel is the principal. While there is no one standard Russian math model, there are some features—like access learning— that make Russian math classrooms quite different from what American kids are accustomed to.

Math education begins in pre-kindergarten and continues through 12th grade. There are no year-to-year benchmarks; students are on a continuous schedule that relies less on exams and more on classroom collaboration. At RSM, classes occur after school, and kids can launch their studies at any age pre-kindergarten or older. The Russian program has different levels in each grade, and the student can move from one level to another upon their achievement.

Russian math teachers employ online and in-class homework, though online is preferred. Online assignments allow students to give multiple attempts at a single problem. Teachers are able to identify weak spots, and students receive more questions like the ones they missed.

In short: Russian math is not just about how to do math; it’s about why these operations are performed this way. “We push students to think, starting with small ideas and getting bigger,” Popel says.

That means introducing variables (like X and Y) and other bits of algebra earlier than in the typical math classroom too. Anastasia Morgan, a Grapevine mom, says her daughter uses variables in her classes at RSM. She’s in second grade; the Texas Essential Knowledge and Skills (TEKS) doesn’t call for using variables until fourth grade.

The goal is to nurture students’ reasoning skills early on so they can easily adapt to new concepts. Russian math practitioners believe that it is understanding—not memorization— that leads to student success. The access learning technique, for example, fosters a dialogue between teacher and student that Popel believes leads to a higher level of understanding for everyone in the classroom.

RELATED: 10 Educational Apps to Keep Your Kids on Track

But Russian math also poses some challenges. The work is demanding, and it requires a substantial financial and time investment for both students and parents.

That goes for school districts as well. In 2011, Dallas Independent School District partnered with Houston-based nonprofit Reasoning Mind (RM) to implement their Russian math software as a supplemental education tool. The software hasn’t exactly produced the results the district paid for—in the 2016–17 school year, RM students generally scored higher on the STAAR math test than non-RM students, but the difference was not practically significant.

The problem, according to the district, is a lack of consistent implementation. In other words, if kids aren’t regularly using the Russian methods, their scores won’t go up. Still, teachers in Dallas ISD who use the software say their kids seem to enjoy math more, and the district believes tangible results will follow once the program is implemented properly.

“There is nothing better than seeing a child solve a problem he or she thought was too hard,” she says. “We all work together until we get to that moment.”

This article was originally published in July 2018.