What to Know: “Unprecedented Spike” of Summer RSV Cases - DFWChild 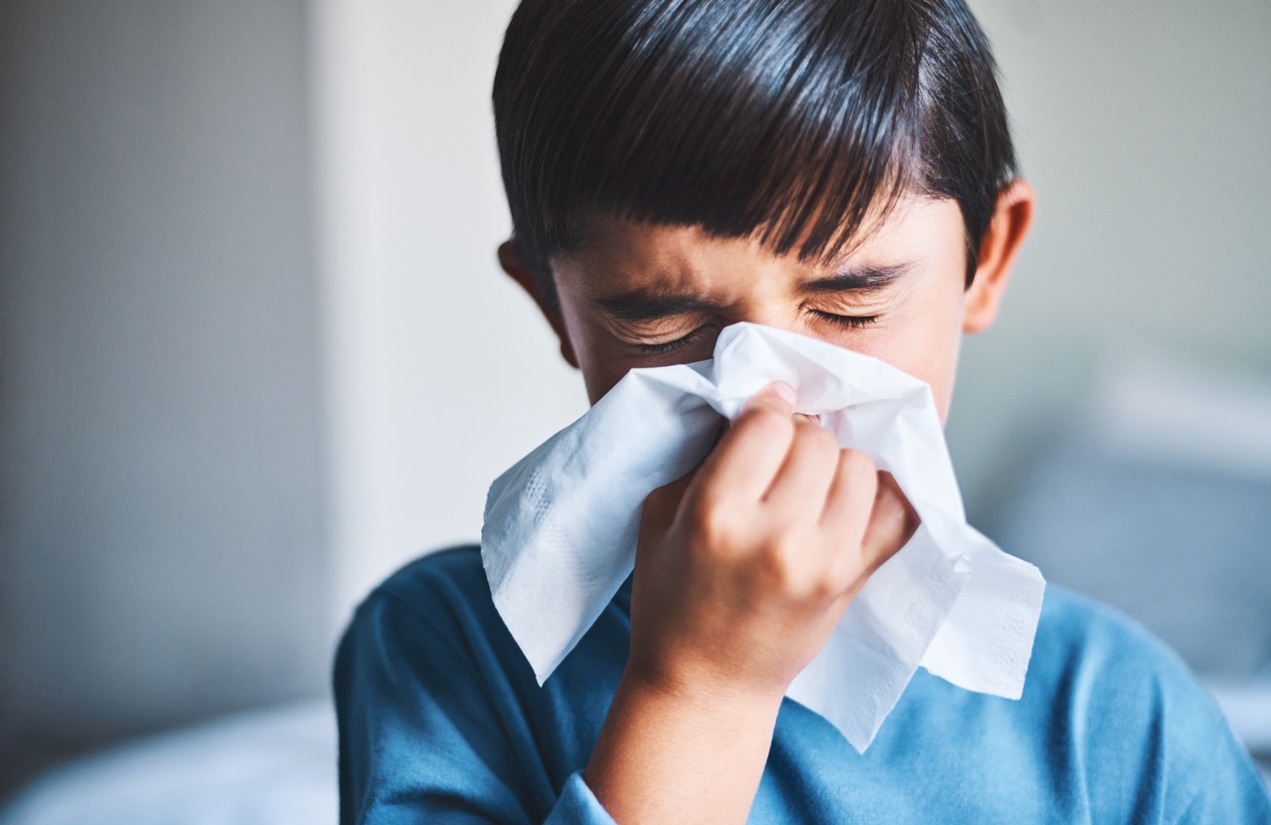 If you have a little one, you’ve probably heard of RSV (respiratory syncytial virus). This contagious, potentially life-threatening illness is most common during fall, winter and the early part of the spring—usually. But this is no ordinary year. After the pandemic, there is a serious uptick in summertime cases in Dallas Fort Worth, unlike anything experts have seen.

We connected with Dr. Jeffrey Kahn, chief of infectious diseases at Children’s Health in Dallas and professor at UT Southwestern, about what parents need to know.

DFWChild: How many RSV cases you are seeing right now?
Dr. Jeffrey Kahn: DFW is experiencing a spike in RSV cases. The RSV season typically begins in September and extends into March. However, this past fall and winter, there was essentially no circulation of RSV. This was unlike any season that we have experienced in the past. Surprisingly, we have experienced an unprecedented spike of RSV cases that began in late April and has continued throughout May and June. To date, we have seen more than 270 cases in June, in comparison to zero cases at this time last year.

C: How dangerous is this illness?
JK: RSV is responsible for more hospitalizations in children in the USA than any other respiratory virus, including the flu. By the age of 2, greater than 95% of all children have been exposed to RSV. Young children with a history of prematurity, heart disease, lung disease or defects in immunity are prone to severe disease, though even otherwise healthy children can get quite sick with RSV. Unfortunately, we do not know why some children can get life-threatening RSV diseases.

C: At what ages are children most prone to developing RSV?
JK: Older children and adults who have RSV may simply notice they have a bad cold. However, in infants or children less than 2 years of age, RSV can be a challenging and even life-threatening virus. The reason that RSV is less concerning in adults in that the vast majority of adults have been infected with RSV, likely many times during their lives, and have developed immunity that protects them against severe disease.

C: Why are viruses such as RSV typically more prevalent in the winter than the summer?
JK: RSV is a seasonal, contagious disease that spreads mostly during the fall, winter and early spring. Typically, RSV is seen in the community and peaks earlier than the flu. We do not understand why some respiratory viruses are seasonal though one thing is for sure—RSV can circulate during the late spring and summer.

C: Why are children more susceptible now, and how does the loosening of pandemic-related restrictions play into this?
JK: Since RSV did not circulate in the fall and winter months, the birth cohort that typically experiences their first RSV is much larger. Pre-pandemic, the birth cohort represented children born in the previous 12 months. This cohort now includes children born in the previous 16 months.

C: What measures should parents take to protect their kids, particularly in the months ahead?
JK: The best way to keep your infant healthy is to prevent them from being exposed. This is especially true for premature and other high-risk infants. Adults and other children can transmit RSV, so avoid having the baby around sick people. Hand washing is one of the best ways to prevent the spread of RSV. If at all possible, limit taking small infants to public places, especially places with a lot of children, to reduce their exposure to RSV and the other viruses. It’s best to keep your baby at home if they become sick so they will not spread the illness to other children. If you can, avoid nurseries, play dates or other group settings while your infant is still very small.

C: What symptoms should parents watch out for? How do you know if you’re dealing with a minor cold versus a potentially serious case of RSV?
JK: Symptoms include:

Because RSV is a small airway disease and infants have the smallest airways, it can quickly become serious, especially in babies born prematurely. Your child’s doctor can help determine if it’s RSV.

According to the Centers for Disease Control & Prevention (CDC), RSV is the most common cause of bronchiolitis in children younger than 1 year of age in the United States. If your baby comes down with symptoms of a cold, you can monitor symptoms to detect if it may be RSV.

C: At what point should you get an appointment with your pediatrician or take your child to the emergency room?
JK: In infants with RSV, they typically begin having symptoms of a runny nose, congestion, and then cough and wheezing may begin. They can progress to breathing hard and fast and sometimes retractions can be seen, which looks like their chest sinking in and their ribs coming and going with each breath, such as how it would look if someone had been running hard.

C: If a child does contract RSV or another virus, what are the treatment options? Are there lasting effects?
JK: If your child is diagnosed with RSV, you can expect the symptoms to last one week, but they may last as long as two to three weeks. The best treatment for RSV is to focus on supportive care. There is no medication that treats RSV, but there are things you can do to help keep your infant more comfortable during the illness, including frequent suctioning of their nose to reduce secretions and keeping the air around them humidified so their mucus doesn’t dry out. It is also very important to make sure your child stays hydrated. Over-the-counter remedies, including cough medicine and decongestants, are not recommended for infants due to evidence that they can cause more harm than good. In some serious cases, an infant with RSV may need to be hospitalized and put on oxygen, or even transferred to the intensive care unit (ICU) to use a ventilator to help support their breathing.

Learn more about RSV on the Children’s Health and CDC websites.