The Right (and Wrong) Way to Praise Your Child - DFWChild 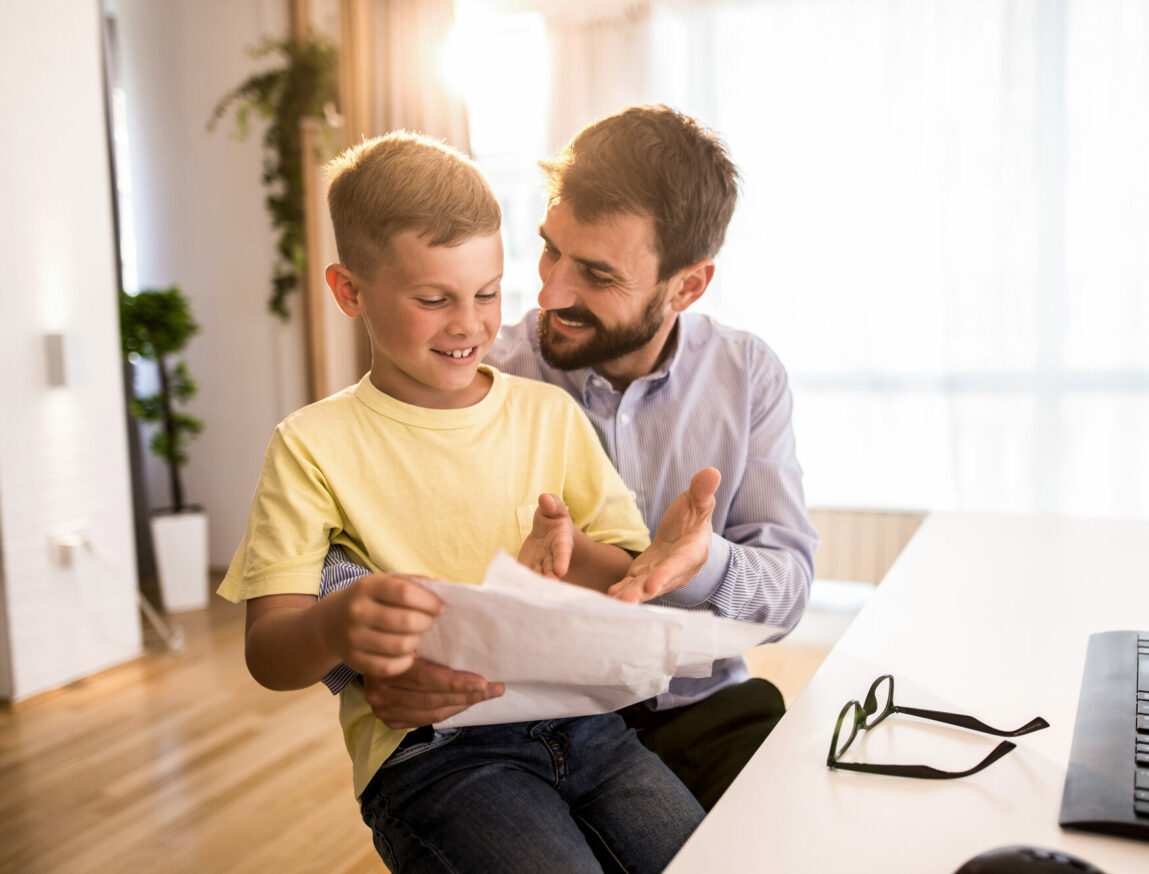 “Good job!” That’s a phrase you’ve probably squealed to your children a thousand times. You want them to feel good about what they did—sorting blocks correctly, acing a test or scoring a goal. You praise them and move on. But did your words actually mean what you hoped they would? Even if you have the best intentions, there really is a right way to praise your child—and a wrong way.

Don’t Praise Only Your Child’s Successes

“I’ve seen parents who praise their children only for a job well done,” reflects Patton, who teaches gifted second graders. “These parents aren’t trying to be mean and believe they’re doing the right thing by praising their children when they meet their high expectations.” But what often happens in those families, says Patton, is that the kids are always afraid of disappointing Mom and Dad. “The kids have trouble feeling good about any successes for fear that it isn’t quite good enough, and worst of all, they lose the chance to have a trusted adult they are comfortable talking to about struggles they encounter.”

Do Praise How Your Kids Overcome Challenges

With both her children and her students, Patton focuses on praising growth and effort, not just the end result. “It’s how I show them what I value,” Patton explains, “and what they should too.”

She relates how she praises her son in particular. He’s a sensitive kid who doesn’t like to fail, and for that reason, he is hesitant to take on challenges. “I try to praise him more often and specifically about the process. And I praise him when I see him fail. I praise that effort, his ability to make a new plan and how he pushes through.”

“You’re so smart!” or “You’re so beautiful!” sounds nice, but it may backfire. “If a child is inherently good at something, they may think they do not need to try,” shares Karen Furman, Ed.D., who is on staff at the Karyn Purvis Institute of Child Development at Texas Christian University, “or they may begin to relate their self-worth to that fixed characteristic.” If they’re “so smart” when they get a good grade on a test, will they think they’re dumb if they don’t do as well next time?

Do Focus on Their Efforts and Choices

Connect your compliments to your child’s hard work or their interests. Instead of telling a child how smart they are when they get a good grade, Furman advises, “You are learning so much and seem to remember it too. Wow!” Instead of telling your child how nice they look, Furman suggests something like, “I like the dress you chose. Tell me about those characters on the front. Which one is your favorite? What do you like about that character?”

“If children begin to understand that their outcomes are dependent on what they do, they are developing an internal locus of control,” Furman shares. “They learn that they have some responsibility for their successes or lack thereof.”

It’s easy to fire off a generic compliment to kids (“Good job,” “Awesome,” “Way to go” and so on)—it communicates our approval and lets us continue to juggle the zillion other things. But that type of praise falls short of what we’re trying to accomplish.

“We’ve all been at the receiving end of lukewarm, generic praise and know how it feels compared to getting meaningful and specific positive feedback,” notes Stevie Puckett-Perez, Ph.D., pediatric psychologist with Children’s Health in Dallas and faculty member at University of Texas Southwestern Medical Center. She calls positive attention “the most powerful tool” in the parenting arsenal, but only when we are mindful in our approach.

Adopt what Furman calls mindful praise. “This can be accomplished by slowing down, observing the child and sharing with him or her the details of what has impressed you,” she says. It sounds easy enough, but that does require parents to put down their phones, set aside work for a bit, and focus on their child. (Crazy, right?)

“A general ‘good job’ may feel good, but it leaves children to decide what they did that was so good.”

Puckett-Perez offers this example: “I really like how you took turns with your bother so nicely when playing that game and how you were so patient with him. That was a great way to be kind.”

When you’re specific in what you applaud, your child is more likely to repeat that behavior. As Patton points out, “A general ‘good job’ may feel good, but it leaves children to decide what they did that was so good.”

Do Give Child-Focused Praise

This means your words center on how the behavior or accomplishment makes the child feel, instead of how it makes you feel. “While it’s not bad to say, ‘I’m proud of you,’ it’s better to say, ‘I bet you’re so proud of yourself!’” says Puckett-Perez. The latter statement helps kids make a connection between their efforts and feelings while also encouraging them to be their own source of validation, rather than seeking it from others.

Do Use Similar Strategies to Correct Behavior

Praise is also useful when you need to correct a child’s behavior, whether that’s picking up after themselves or engaging more on the soccer field. “Sometimes we have to look really hard to ‘catch them’ doing a bit of the thing we want,” says Puckett-Perez, “but praise it when you see it.”

If you do need to give more direct correction, Puckett-Perez adds, “it will be much better received if a child feels their parent notices all the things they’re doing well also.”

Say That, Not This

Here are some expert-approved comments to borrow:

Instead of: “That’s a nice drawing.”
Try: “I really like how you used such bright colors in your love drawing. It really stands out!”

Instead of: “You need to do that math problem again.”
Try: “I noticed how hard you worked on that problem. I can see that you’re disappointed that the answer didn’t work. It’s OK to be disappointed. With hard work like you do, I know you’ll improve at solving problems like that. Do you want to try another one now or in 10 minutes, after a break?”