The Funniest #MomTruths We Heard in December - DFWChild 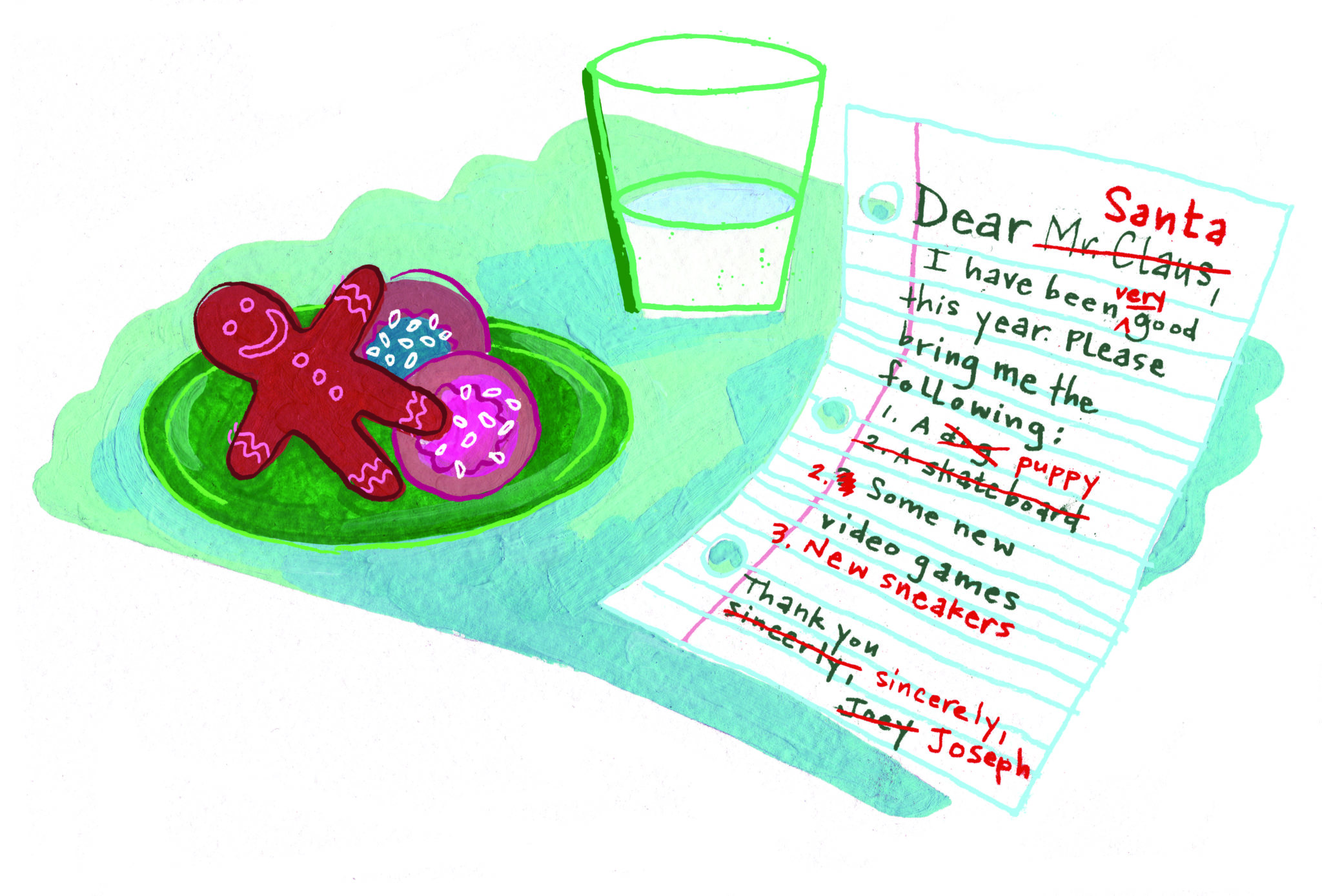 “We were traveling to see Grandma, and the driver asked my daughter where she came from. She replied, ‘Jesus.’” ––Ametria, Heartland

“When you forget to move the Elf on the Shelf and your daughter thinks it’s her fault that it’s ‘stuffed,’ and starts confessing to all the naughty things she’s been up to!” ––Kavita, Flower Mound

“My son asked where we could buy a baby. I explained that mommies have them in their tummies. He said I need to eat a lot of candy to grow a big belly because he really wants a baby brother this Christmas.” ––María, Allen

“My sisters and I forgot to buy champagne for the New Years midnight toasting. We decided to run to the liquor store and told my 7-year-old daughter she could not come with us. She looked grossed out when we mentioned where we were going and said, ‘Who are y’all going to lick at the lick-her store?’” ––Stephanie, Plano

“I gave my 5–year–old a catalog and asked her to circle things she wanted for Christmas. A few days later, we pass a toy aisle and she says, ‘I’m getting this and that…’ I say, ‘Sweetie, you do know that Santa is not bringing you all of those things.’ She says, ‘Yes, he is. I circled it in that book.’” ––Lakin, Forney

“Every year my 8-year-old son wants to change so many things in his letter to Santa before sending it. I tell him that Santa can tell if you erase stuff from the list and will not give gifts to kids who get greedy. My sister-in-law took him to a holiday celebration, and when a helper tried to have him write a letter to Santa, he replied, ‘Oh, no thank you! If I make another letter, Santa is not gonna bring me anything.’” ––Gabriela, Dallas