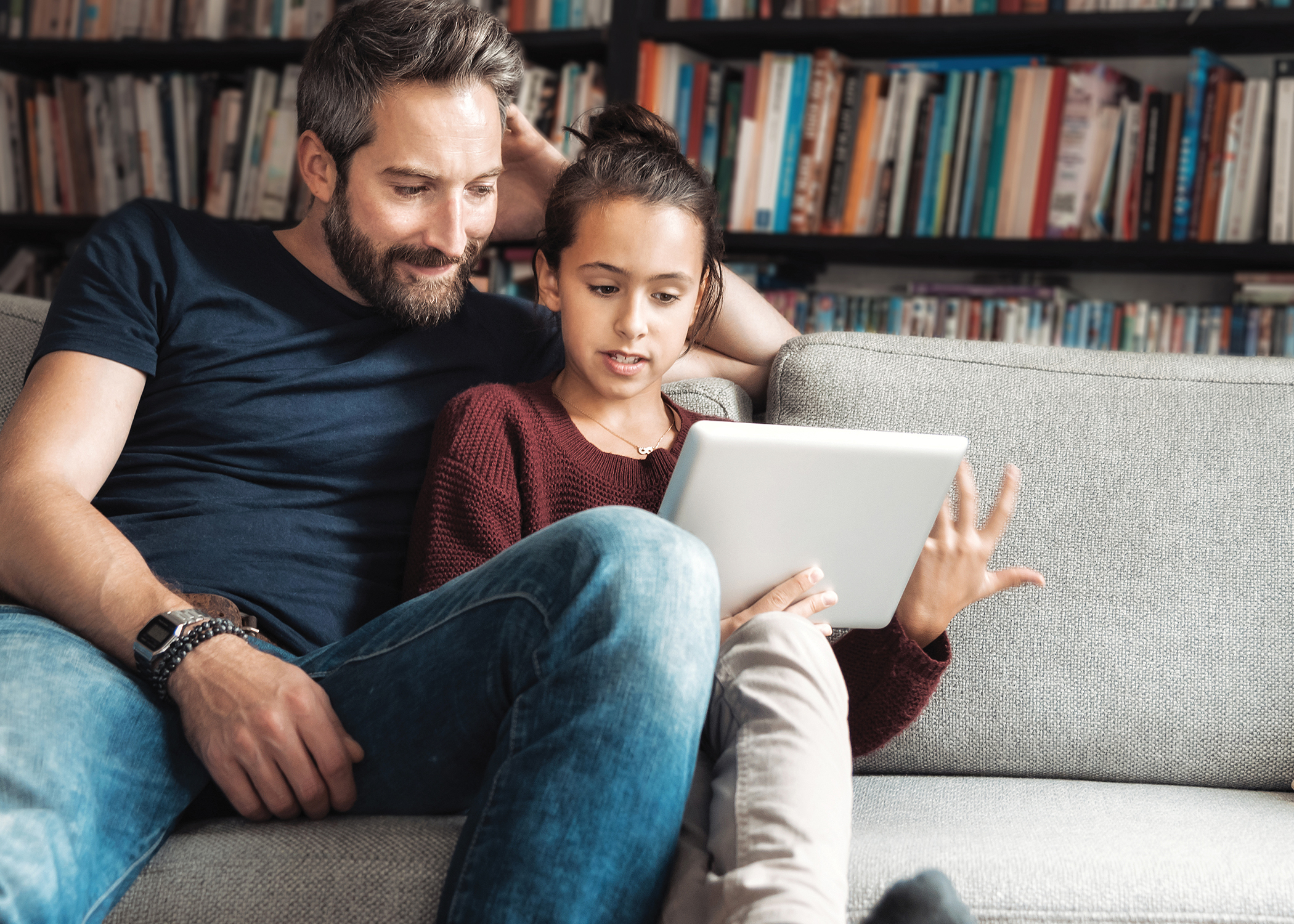 “My goodness, that bathroom was dis-gross-ting!” my 7-year-old exclaimed as he bolted from the restroom of a local restaurant. “I’m going to give it zero stars on Yelp,” he added matter-of-factly, as if he had been writing Yelp reviews for years.

I had so many questions. What is “dis-gross-ting”? And how does he know about Yelp?

In this digital age, much of the media we consume, like the review my son intended to post, is presented from a biased, individual perspective that may or may not be trustworthy. Other information we take in is simply incorrect. A simple Google search gives children access to blogs, political websites and celebrity Twitter posts in less than a second, and none of it comes with a built-in fact check.

With a constant barrage of information on TV and social feeds, it’s more important than ever to teach our kids how to be savvy consumers of information—because even children who have grown up with technology are not necessarily adept at using it wisely.

One of the most effective ways to combat “fake news” is to teach strong critical thinking skills during early childhood.

For example, a 2016 study by the Stanford History Education Group found that most middle-schoolers could tell the difference between an online advertisement and a news article but could not identify native advertising—an ad designed to look like a news story, usually marked by the label “sponsored content.” The study’s authors suggested that children need to be explicitly taught about sponsored content as early as elementary school.

It is not only internet sources that can proliferate confusion. A 2017 study conducted by Common Sense Media identified family as the number one informational source for school-age children. This gives parents a unique opportunity to teach children to spot inaccuracies in the information they consume; however, it means parents can also pass inaccuracies to children rather easily and sometimes unintentionally.

As the campus principal at a local elementary school, I witnessed the effects of misinformation following the 2016 presidential election. The staff worked to console students who were concerned about deportation—they had been told that immigration officials would separate parents from their kids at the school doors. When asked about the source of their information, many cited family members, neighbors, peers, Facebook and Twitter. To combat the rumors, the campus hosted an informational session with a local immigration attorney. It was a proactive, teachable moment that helped parents and students separate the facts from fiction.

One of the most effective ways to combat “fake news” is to teach strong critical thinking skills during early childhood. Nikki Mozee is a certified media specialist-turned-pre-K teacher within the Dallas Independent School District. She describes lessons conducted in her school’s library that require students to sniff out bias in articles, social media posts and advertisements. “The students read one article that is factual and research-based, and another that is biased and opinion-based,” she explains. “It’s always interesting to watch them explore the differences.”

At home, her advice for parents is to “carefully filter and analyze” everything their kids are exposed to. This doesn’t mean implementing parental controls to block untrustworthy news sites, but understanding where your children get their information and experiencing media with them so you can guide them through it, Mozee says.

Bridgette Harris, educator and founder of Counseling and Wellness Institute in Irving, emphasizes the importance of teaching children to use discernment while reading and watching TV.

“Teach children to challenge information and seek expert resources,” she says. Help them understand that their best friend, their favorite celebrity and top result on Google are not always the most reliable sources.

Parents should watch how they present information too. Make sure your children recognize when you are giving facts and when you are stating your feelings.

A Yelp mini lesson and a few critical-thinking questions later, my son came to the realization that anyone with internet access—including a 7-year-old—could post a review on Yelp. He decided it would be best to simply inform the staff. They corrected the problem immediately, and we got free dessert.