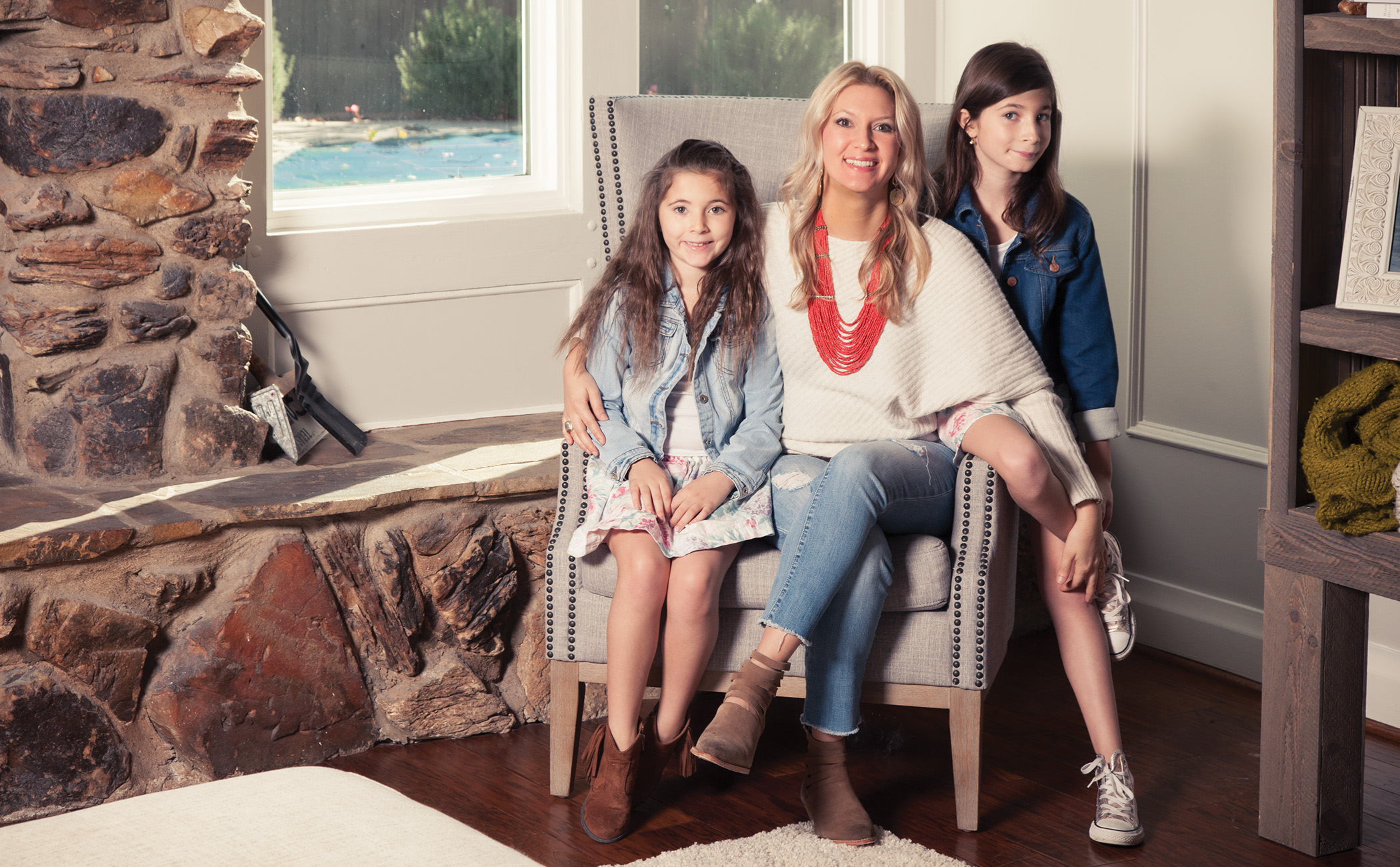 A self-proclaimed “activator,” Vanessa Bouché, Ph.D., is not content to sit idly by while injustice ensues. She is a doer and a changemaker with passion in spades.

Since learning about human trafficking nearly two decades ago, the Colleyville mom of two has made it her life’s work to help bring this form of modern-day slavery to an end.

She serves on the Board of Directors for Arcadia and Traffick911, North Texas anti-trafficking organizations, and recently founded Savhera, an essential oil enterprise employing sex trafficking survivors in Delhi, India, with her husband, Noel.

“The thing about human trafficking is that you can’t put it in a box,” says Bouché. “It’s more than a human rights issue. It’s more than public health. It’s more than criminal justice. I’m passionate about trying to remove the scales from people’s eyes and allow them to see the way in which our daily thoughts and actions have implications across the globe.”

Having grown up in a family with four kids, I did always want to have kids. I always thought I would adopt and maybe have biological kids. My husband really wanted biological kids, so we decided that we would have four: two biological, assuming we could have kids, and two adopted. But after I had Giovanna I got post-partum depression. They say if you have it once you’ll get it again with subsequent children, and it could be worse. So the idea of having a second child really scared me. But we did it, and the second time actually wasn’t as bad.

Is adoption still on the radar?

We still talk about it. Recently my husband and I started Savhera, a business in India employing sex traffic survivors. I was there three weeks ago, and the last day was extremely emotional. One of the women said, “You have come here and become a mother to us. You’re taking care of us and nurturing us in the way a mother does.” It hit me on the way home that maybe these are my “adopted children.” So, it’s not clear if we’re going to adopt in the traditional way, but it’s definitely still on the table.

What prompted the idea to launch Savhera?

I started leading a study abroad on trans-international human trafficking in India. Last year we were on the study abroad in a medical clinic in Delhi. There was a woman there who challenged me. I said, “What is it that you need?” And she said, “We need dignified employment to get us out of this dirty business.” It became clear that we needed to start something.

Why do you think the issue of human trafficking struck such a chord with you?

First of all, it’s the issue of slavery. Slavery has always been so disgusting to me. I’m the kind of person that can’t just sit there; I’m an activator.

Why do you think there’s so much ignorance surrounding the issue?

The main underlying reason, I think, is people’s own culpability. To look this issue straight in the face means that you cannot continue living the same way, especially in the West where we are affluent and comfortable. Our affluence and our comfort are literally built on the backs of slaves around the globe.

Did having children stoke the fire even more?

I was super passionate about this before I had kids. But having children helps hold me accountable. [If I didn’t have kids] I would probably consume more media than I allow myself to. I probably would behave in ways that are worse for me.

Because you’re so informed on the dangers out there, are you prone to be overprotective of your girls?

It’s a blessing and a curse to be informed. My kids would probably like to be allowed to do more, but my husband and I have very open dialogue with our children. Our parenting philosophy is less about protecting them from everything and more about preparing them for everything. They know a lot about human trafficking. They know about the dangers of social media. We talk about a lot with them. Kids want to hear these things from their parents.

You have many irons in the fire. Do you struggle with being fully present at home?

I very much do. One of my biggest things is being present. That’s a huge value of mine. I tell my students, “If you want to be successful in life, be present in every moment, whatever you’re doing.” This week I decided to put my phone in my closet when I get home and to not touch it until 9pm when the kids go to bed, and I’ve had some time with my husband. It’s a constant struggle that we all go through.

What do you do to take time for yourself?

For me, yoga is a way of life. It has taught me so much about the power of the non-reactive mind, how to sit and surrender in discomfort, and how to be totally present. It teaches you balance and strength, active meditation and about being okay with trying something new and scary—even if you topple over. It teaches you to laugh at yourself, play and have fun.

Do you think about the legacy you hope to leave?

Probably more than I should. I’m always thinking about big-picture stuff. When I was struggling with the decision of having kids, I decided to do a thought exercise where I would imagine myself at the end of my life and think through who I want there and what I hope to have accomplished. All that I could picture was children and family around me. That was the defining day that I went home and told my husband I wanted to have kids. I want my legacy to be that I loved the people around me well, and I want my kids and husband to be able to say that, first and foremost.

Check out Vanessa Bouché’s Top Reads and Spots in North Texas to learn how you can get involved in the fight against human trafficking and get the lowdown our Mom Next Door’s fave spots around town. 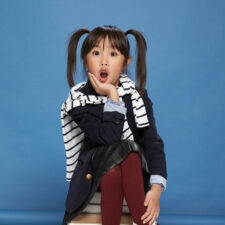 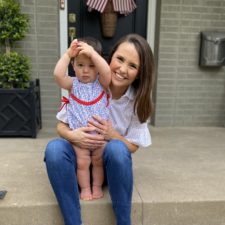