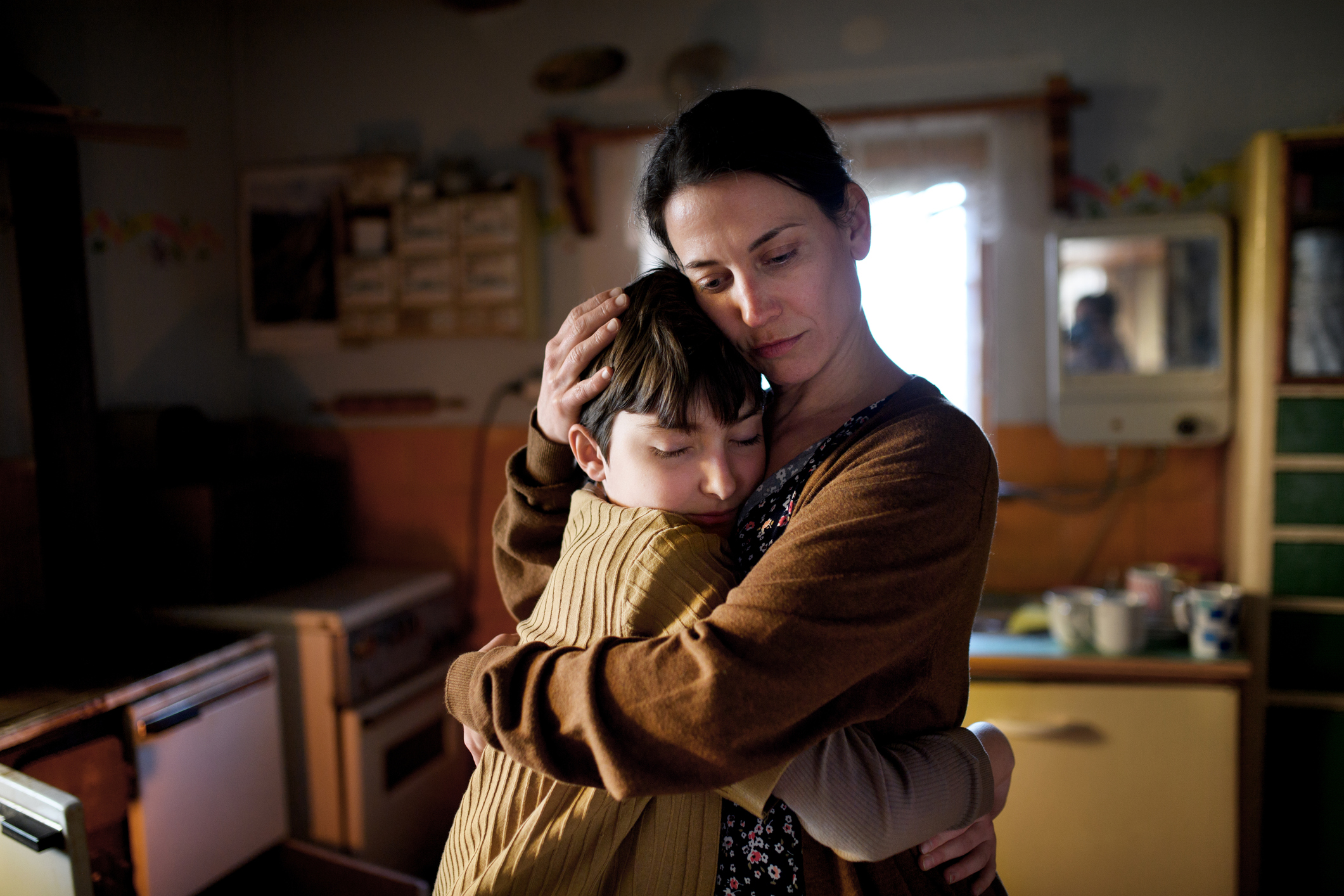 Misty Farris keeps her schedule packed tightly. She’s in graduate school full-time while working part-time as an attorney. She teaches Sunday school, leads three Girl Scout troops and serves on another Scout committee. She drives her daughters, ages 6 and 8, to swimming lessons, rock climbing and dance classes. As a single mother to her adopted daughters, Farris, 45, does it all on her own. To manage, she often works late into the night to finish a legal brief, study for a test, load the dishwasher or finish the laundry.

“I don’t sleep enough,” says Farris. “I’ve robbed time from my sleep to get work done and one of my concerns is then I’m not at my best. I am especially aware that I am not at my best with my girls when I get impatient. I am trying to figure out ways to simplify and take care of my life so it doesn’t have costs for them or on my health.”

Though Farris shoulders all the stress of parenting in her family, she isn’t alone as a parent under stress. Parents everywhere feel the stress of the daily demands of raising children, of juggling work and home, of negotiating relationships with partners and of staying afloat in an ever-uncertain economy. Stress just comes with the territory.

RELATED: Why You Should Talk to a Therapist (Instead of a Friend)

“It will always be hard because it matters so much,” says Dawn Hallman, executive director of the Dallas Association for Parent Education. “If it did not matter how our kids turned out, we wouldn’t have a whole lot of stress with it. It is the most important job we do. The thing we send into the future is our kids.”

How Your Stress Affects Children

Farris worries about the toll her stress takes on her children, yet many parents remain unaware of how their stress trickles down to their children, no matter how young. For everyone’s sake, parents need to slow down and take a collective deep breath.

Children are emotional sponges. If you feel it, they feel it.

Stress in America, a study by the American Psychological Association, found in 2010 that parents cite money, work and the economy as significant sources of stress; 73 percent cite family obligations as a main stressor. Though most parents understand the importance of managing that stress, only one-third think they do a very good job of it.

Additionally, the study also reveals that while most parents don’t think their stress affects their children, 91 percent of children say they know when their parents are stressed. This causes them to feel sad, worried and frustrated—a double whammy for children already dealing with their own pressures of school, friends and activities. According to the study, nearly one-third of children reported experiencing physical symptoms usually associated with stress—headaches, stomachaches and trouble falling asleep—in the previous month.

Susan Kaiser Greenland, author of The Mindful Child: How to Help Your Kid Manage Stress and Become Happier, Healthier and More Compassionate, says children are emotional sponges. If you feel it, they feel it. “They may not be able to know the cause, but they certainly pick up on when mom and dad are upset,” says Kaiser Greenland.

A parent’s to-do list is never going to be finished and the responsibilities parents face aren’t going to change. What can change, however, is how parents deal with things. Though all parents are faced with a time crunch, taking just a few minutes a day to let off steam is vital. Experts liken it to the instructions given on an airplane: secure your own oxygen mask before assisting your child. Take care of yourself first so you’re better able to take care of others.

“What I often hear from stressed out parents is that I don’t have time to do any of the things that I like to do because I am too busy taking care of my family,” says Jill Bryan, founder of Dallas-based Creative Oasis Coaching. “The truth is we get so stressed, and stress is very cumulative. If you don’t relieve it, you get more and more irritable and more agitated and it builds till the valve releases.”

That release can then take the form of losing your temper with your children over something completely unrelated to them. Add to that the daily stress of shuttling children to after-school activities, getting dinner ready when you’re tired and the kids are cranky, and trying to put an unwilling child to bed at a reasonable hour.

Hallman sums up parental stress as the “not-enough” syndrome—not enough time, not enough sleep, not enough money and not enough of me to go around. “When you don’t have enough of anything you run a deficit,” she says. “That means you are not at your best and things happen that you don’t wish to happen.” Like yelling at your kids. Putting the car keys in the refrigerator. Forgetting to take your medicine.

To further complicate matters, Hallman says most parents don’t understand enough about child development to understand why their 2-year-old is pitching a fit in a grocery store or their school age children move so slowly. Parents can overreact to behaviors that are developmentally appropriate.

“They are not doing it on purpose to make you late,” Hallman says. “They’re not doing this because they’re possessed by the devil. Understanding that doesn’t make you like it, but it makes you have a much more appropriate response.”

The final “not enough” is that not enough people in America value a parent’s job. Hallman continues, “When you as a parent choose something very family rich, very much for your children, many times business people who don’t have kids, bosses, society look down on you. Whether I choose to leave the work force, work part-time … American culture does not reward that in any way that says, ‘Way to go. Good for you.’”

Four years ago, Farris found herself in that exact situation. She was working as a partner in a law firm, often bringing home a full night’s work. Though her sister watched the girls, Farris wanted to be more involved in their daily care. So, she quit.

“I was exhausted and not satisfied with my family life,” she says. “It was hard to get to the point of saying out loud, ‘This is what I am doing.’ Once I said that it was an absolute relief and I was very happy to do it.”

After she quit, Farris spent four months traveling with her girls while deciding what to do next. With no other responsibilities tugging at her, she adored the uninterrupted family time. She now does part-time legal work and attends the Perkins School of Theology at Southern Methodist University. She’s had to make adjustments, such as moving into a smaller house and getting rid of satellite TV, to pay for her daughter’s dance lessons.

Though Farris says her family life still isn’t quite where she’d like it, it is getting closer. She now takes time every night to read stories and prayers with her daughters. They also have a time of confession, when Farris will explain a bad mood or a blow up, trying to help her daughters understand the cause and teach them how to deal with their own stress. “I confess if I’ve gotten impatient or haven’t been the mom I want to be,” she says.

Farris tries to squeeze in time for herself by taking baths, enjoying a cup of tea or exercising. Bryan counsels parents to make time for their own interests, even if it is two minutes a day. She starts each day by meditating for 10 minutes and writing in her journal. It makes all the difference.

“On the days when I don’t make those 10 minutes to sit and be quiet it is noticeable for me and my day is much more likely to spiral out of control,” says Bryan. “On the mornings when I meditate and journal, in my head and my heart, I am in a better place to be gentle.”

The children said they wanted their parents to be happier and less distracted during the time they did spend together.

Tracy Wallace, a mother of two, says she has learned to make time for her own interests—things like reading and connecting with friends. In addition to home schooling her 15-year-old son (until high school) and 8-year-old daughter, Wallace and her husband help care for both sets of their parents, who are aging and have a variety of health problems. Between home schooling, dealing with a teenager, going to doctor’s appointments with her parents, and teaching and volunteering commitments, Wallace found herself stressed to the max.

“I have been surprised at my own level of volume when I’m angry,” she says, “[I’m surprised] to see a child physically shudder because they’re startled by someone screaming at them out of the blue. They don’t feel it building up like I do.”

“I have learned to just state my needs and set my boundaries … I can’t make you go to sleep, but I don’t want to see you or hear you after 8:30pm.”

Wallace adds that she also has witnessed the resiliency of her children, when no amount of her stress would stop them from playing, singing or being joyful. She has set about to reduce her life’s stress. She plans out a week of meals before grocery shopping, which helps her manage both her finances and busy afternoons. She sets aside one day a week to do laundry. She eliminated worry over her mother taking all her medications by investing in a timed, locked medicine box.

She now has no qualms about asking her husband to take the kids out on a weekend so she can have quiet time to plan and think. She makes time for herself without feeling guilty. She accepts her own limitations as a human being.

“I have learned to just state my needs and set my boundaries,” she says. “You cannot, of course, make them honor those. I can say ‘I want to be in the kitchen alone. I want you to go to sleep.’ I can’t make you go to sleep, but I don’t want to see you or hear you after 8:30pm.’”

That’s the ideal that Farris is working toward. “I have times where I really look at my daughters’ faces and see how beautiful they are and how incredibly blessed I am to have them in my life,” Farris says. “What I want is to hold onto that for longer periods. What I want is for that to be the way I live, not just capturing it now and then.”

This article was originally published in April 2011.