Spying on Your Kids - Spying on Kids and Arrested Development - DFWChild 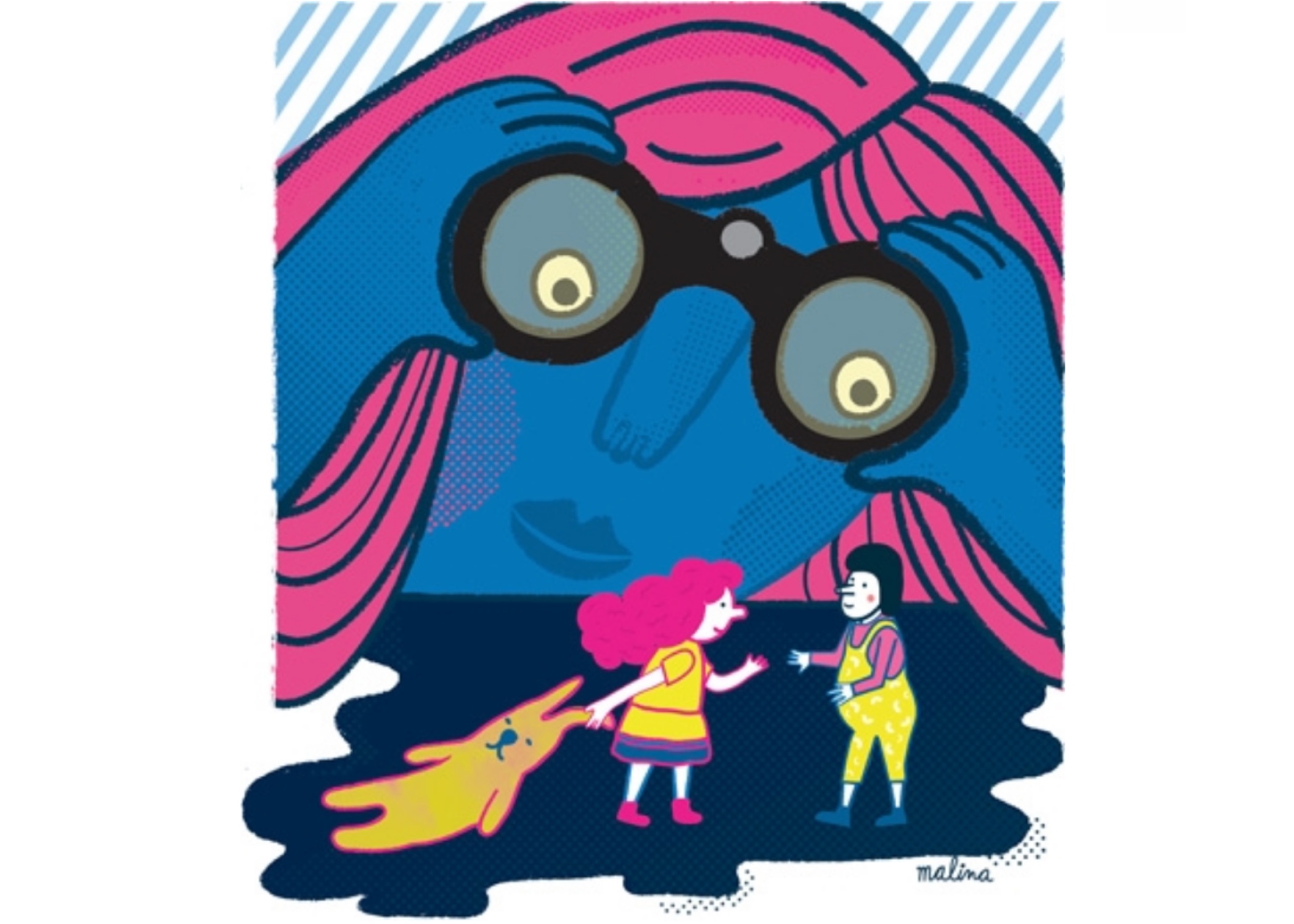 Monitoring children has been a hotly contested topic in recent years with the introduction of apps and software that let parents keep tabs on, well, everything their child does. Some classify this as parenting; others (like myself) look at it as an invasion of privacy that might actually do more harm than good.

One of the most important long-term goals of parenting is to create healthy, independent adults. Believe it or not, the process of developing healthy autonomy starts at birth, when babies now have to survive outside the womb and continues from there, like as soon as kids can crawl away from you.

Privacy is a key component in developing self-sufficiency. And part of raising a thoughtful, caring, moral human being is allowing them space and solitude to develop their own thoughts, dreams, musings and identity.

Kids are no different than adults. Don’t we all need a sense that some things are just our own? I recognized my youngest’s need for privacy when she started hiding things from me last year. Age 4 then, she kept a small box of secret things in her room, and she informed me that I wasn’t allowed to look inside. I respected those wishes. After all, I didn’t see any of the red flags (a rapid, dramatic change in behavior and/or grades, changes in friendships, changes in sleeping and eating patterns or mood issues) experts say warrant parental spying (though they also advise open discussion should take place before monitoring). Then one day, she showed me the contents — the best rock ever, a paperclip and a smashed ring she found outside. She let me see these treasures but then told me with a terribly serious face that I was never to look in the box again (obviously, she hasn’t completely grasped the concept yet). But this was her first foray into keeping a secret from Mom.

In the last year, she’s sought more privacy. She’s asked me to shut her bedroom door when she dresses so I won’t see her naked, for instance. (Nevermind, that she’s also stood on the porch lifting her dress over her head, not caring about passing cars at all.) That’s because young kids aren’t overly concerned with privacy. For them, it’s more like trying the concept on. So it might be easy to give toddlers and young school-age kids unrestricted privacy (I mean, in most cases, what’s the worst they could do, right?), but as the mother of eight, I also understand that things get trickier as kids get older.

As tempting as it may be to infiltrate the dark corners of our children’s personal lives, parenting experts warn against it. Intruding on kids’ privacy can damage the parent-child relationship, making kids more secretive and parents less knowledgeable about their kids’ activities, friends and whereabouts. When parents don’t give children the privacy to make their own decisions, kids don’t have a chance to learn the valuable lessons from those decisions — good or bad. And experts unanimously agree that good communication trumps snooping. In fact, research shows that kids who feel their parents trust them share more with their parents and tend to be better adjusted kids, teens and adults.

I’ve seen this firsthand (my oldest is in his 20s). I’ve made it a practice with all of my children to respect their privacy, and in turn, they’ve been more open with me. And this didn’t change as they got older. Yes, secrets were kept from me (“Don’t tell Mom I almost drowned”), diaries and journals sat on nightstands (and yes, I wanted to open them but didn’t) and bedroom doors sometimes locked me out. But when my kids needed to talk about something, they came to me. How else do you think I know now that one of them almost drowned? They needed time and space to sort things out on their own first.

Child psychologists concur: Encouraging open discussions with kids — when they’re ready or when you suspect something might be wrong — leads to better trust in you and gives you, the parent, an opportunity to guide them through a tough situation.

Today, it’s easier than ever to invade a child’s sense of privacy. We can practically chip our kids (like we do our dogs) to track their every move. Schools give parents access to check their kids’ grades online daily (if they choose). No thank you. I don’t care if my child fails an occasional test. It’s all part of the learning process. You succeed at some things, fail at others and try harder next time. If you’ve afforded kids a sense of privacy, they’ll seek you out for help when they need it.

The world certainly does seem like a scary place for kids and their nervous parents. Watch the news, and the media makes it seem like bad things are imminent (though statistics suggest otherwise). And because of this, parents I know monitor everything their children do. They read texts and emails and check website history. No journal is safe, and no shoebox of contraband goes unopened. But I watch as these kids pull further away and hide more instead of share more with their parents.

Make no mistake, I’m not suggesting that parents give carte blanche to their kids. It’s tough, but it’s about striking a balance between monitoring kids safety while providing them with opportunities to make their own (hopefully wise) choices. Reserve those necessary invasions of privacy for times of genuine concern such as the time I thought firecrackers were being shot out of a bedroom window. I was right; they were.