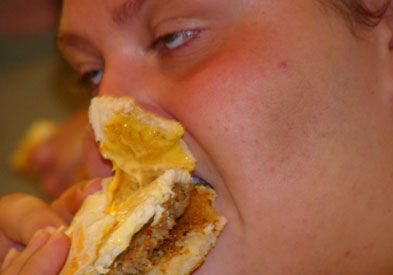 American kids are fat. With nearly one in five school-age children in the United States considered overweight, according to the U.S. Department of Health and Human Services, it’s clear we’ve got a big problem on our hands. Parents don’t always see the gravity of their children’s weight problems, but Dr. Arthur Agatston is out to change people’s perceptions and change the state of children’s health in our country.

The South Beach Diet Doctor Weighs In
Dr. Arthur Agatston, a Miami cardiologist widely known as the author of the bestselling South Beach Diet, spoke recently in Dallas with his first major address on childhood obesity. He points out obesity’s two-fold drain on the American health care system: a shorter life expectancy for today’s kids, plus the immense burden of treating the chronic diseases that stem from the obesity epidemic.

Obesity starts at an early age in Texas. In a Texas-specific study conducted in 2004-2005, researchers found that 42 percent of fourth graders were overweight or at risk of being overweight. They were joined by 39 percent of eighth graders and 36 percent of eleventh graders.

The problem isn’t just the pounds; it’s the food kids are eating. According to the World Cancer Research Fund, the average child eats only two of the recommended five portions of fruits and vegetables each day, and 92 percent of children eat too much saturated fat. “Children today are not only overweight and underfed, they are undernourished and unhealthy because of all the junk food they eat,” Agatston says. “We need to bring back the good foods – the fruits, the vegetables, the healthy fats. The weight will take care of itself.”

What’s “good food”? Agatston claims our bodies are designed to eat a varied diet, including a small proportion of lean meat high in healthy Omega-3, along with plenty of fruits and vegetables, fish and nuts.

In an exclusive interview with DallasChild, Agatston explained why healthy nutrition isn’t only a matter of weight. “When the general public thinks of obesity, they think of all the reasons too much weight is not good for you – everybody knows that,” he countered. “But what we’re learning is that while we’re overfed, we’re undernourished.” The problem isn’t something that can be fixed with a magic pill – or vitamin.

“We’re finding out more and more about how micronutrients are vital to health,” he explained. “Why not take vitamins? There are so many studies showing vitamins are not effective. We need food, real food.”

“It CAN be done!”
To test out his theories, Agatston worked with a handful of Florida elementary schools to implement a program designed to acclimate kids to healthy, whole foods. What would it take to build a healthier diet for children? The secret, he revealed to DallasChild: “It’s getting them to like healthy food. One of the things we know from the school study (is that) the kids will accept the healthy foods and get excited about it. It can be done!”

Agatston continues to tweak and analyze what he’s learned from his young subjects, stressing that the school program is not a diet for overweight kids but rather a plan to get kids eating healthy foods.

“The kids can’t perceive that they are on a diet,” he cautioned. “They have to come to accept and get excited about a variety of foods.”

Trial and error show how far the kids would go – the children balked at All-Bran cereal, he reported, but easily accepted Raisin Bran. And while most students initially turned up their noses at sweet potatoes, whole wheat bread and vegetables, he says, they eventually not only accepted the healthy choices but came to prefer them – something parents can bank on at home, as well.

So will your efforts toward healthier family nutrition take root? Dr. John Menchaca, a local pediatrician, notes that any diet or exercise plan will fail until the whole family buys in. “If they don’t, children will go the easier route – the tasty route,” he cautions. And while Agatston calls the principles of his South Beach diet “absolutely appropriate” for children (outside of the introductory induction phase), he concurs that diets and special exercise programs are the wrong approach for most children – even obese ones. “I can tell you, none of the initiatives will work,” he says of most political initiatives and diet or exercise programs.

The other piece of the puzzle, Agatston noted, is physical activity. Kids need to stay active to stay healthy, but it needn’t be through structured sports or exercise programs. He wryly noted a recent study reporting that dog owners live longer than cat owners.

“I hate to get in the middle of dog and cat people,” he smiled, “but just walking the dog every day has an impact.”