Schools May Be Closed, But Teachers Still Showed Up for My Family - DFWChild

Skip to content
DFWChild / Articles / Family Life / COVID-19 / Schools May Be Closed, But Teachers Still Showed Up for My Family 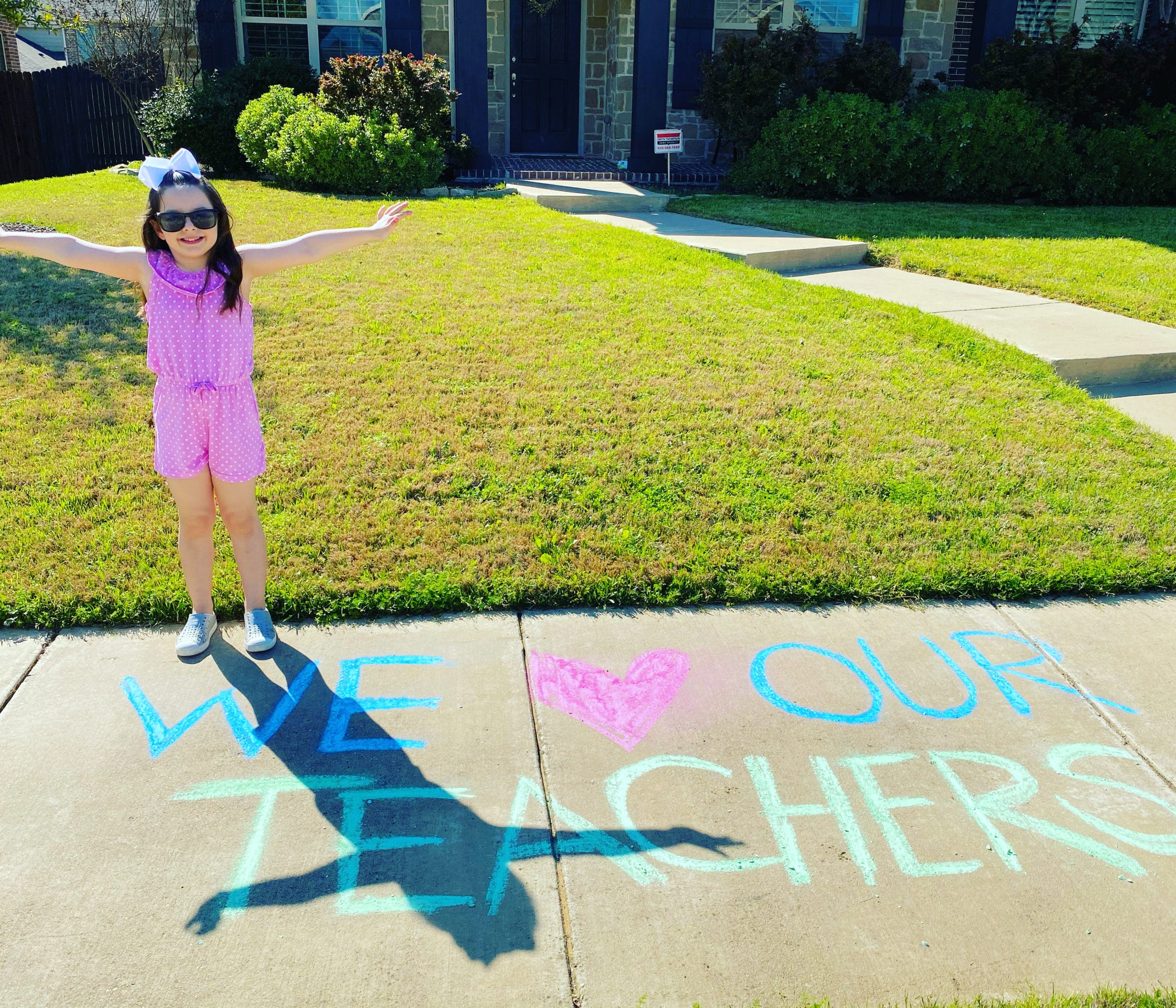 During this time of school closures and coronavirus, parents across the country are really starting to understand just how special and important their kids’ teachers are.

Teachers aren’t just there to get the kids to perform well on a standardized test; they teach life skills and character traits that help them grow as a member of society.

Our mommy blogger Stephanie recently had an experience where she saw her daughter’s teachers show up for her family in a big way. Read on to see what that meant for her and her daughter.

My daughter is in kindergarten and she has autism.

These two factors—the idea of starting a new school with a social delay—kept me up many nights last summer. Academics have always been secondary to me. My main concern was, Would she ever have a friend?

In August, on the first day of school, I quickly learned my fears were unfounded. My daughter immediately found someone who wasn’t asking her to blend in, but was offering her true belonging. A person who got on the floor, opened her arms, and said, “Come to me as you are.”

That first day I watched my daughter melt into the arms of her kindergarten teacher, and over the last seven months they’ve built a bridge of trust between them.

This woman—once a stranger—has become the most vital part of our village. She loves my child as her own, raising her just as much as I am.

A few weeks ago, due to coronavirus and the school closures, my daughter was separated from her first and only true friend.

We didn’t get a chance to say goodbye to our teachers. Students didn’t get prepared for this separation like they do for summer break. One day, things were consistent; the next, our whole country was flooded with uncertainty.

How do you explain to a child that their one constant is gone for the foreseeable future?

You don’t. You just stand outside and watch them continue to show up for your family. 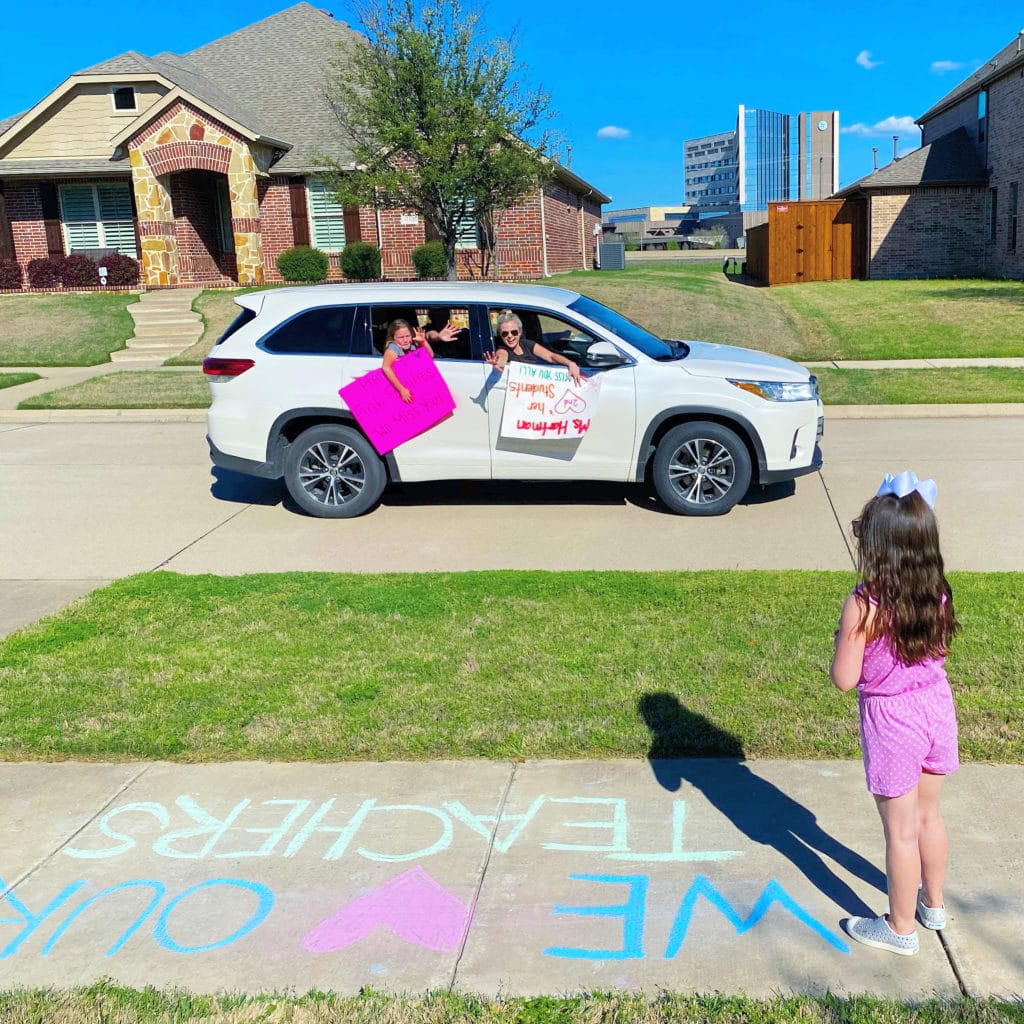 Recently, the teachers and administrators from my daughter’s school decided to put on a car parade. We waited outside for the caravan to start, decorating our sidewalk with chalk-written well wishes.

As car after car passed by—beeping, waving and displaying signs of encouragement—the smile that had vanished from my daughter’s face finally returned. That’s what it’s like to be reunited with a friend. Even from afar, these teachers had connected with her so deeply their bond could be felt from a car window.

This is the invisible power of inclusion.

By the time the tenth teacher drove by our home, shouting my child’s name, an overwhelming amount of joy flooded my body. They all knew her. Not just her homeroom or specials teachers, but every single one.

My daughter didn’t just have one friend; she had an entire staff on her side.

As a special needs parent, I can’t explain how much that kind of acceptance means.

My sweet girl stood out on that sidewalk and waved until her arm almost fell off. By the end of the parade, as her classroom teacher neared, she literally jumped for joy (and ran after her car to deliver a handpicked flower).

As her teacher drove away, she shouted out the window, “I love you, Campbell!”

Teachers: You are our heroes. You are doing the work of the mighty. You are not just making a difference in a child’s day—you are impacting their lives.

These children are names to you, not numbers. You have counted and cared for each one. You have provided the consistency that some children don’t receive within their own homes.

You are their teacher, yes, but not just of ABC’s and 123’s. You are teaching them humanity, kindness, and inclusion—skills that will get them way further in life than anything found on a standardized test.

You graciously give so others can grow. You have called a little girl with autism by her name, instead of just knowing her for her needs.

I don’t know many people selfless enough to love a child who isn’t their own, but on a cool spring day—during the thick of a national pandemic—the worthiest ones drove past my home and delivered what they always do: Hope.