Sasha Agent-Marrier hasn’t danced at all since she did her last jump split – at Cowboys Stadium in December 2012. Wearing a simple T-shirt stretched over her obviously pregnant belly, the petite mom smiles as she watches her daughter Sienna play with the family dog at a Lewisville park near their home. It’s hard to connect this simple scene with the glossy glamour photo of Sasha that hung in the Dallas Cowboys cheerleader locker room from 2010-2012, but it’s a perfect picture of her life right now. “I’m just enjoying taking it slow,” she says with a shrug.

Sasha’s life in the slow lane includes caring for 7-year-old Sienna, teaching middle school special education and coaching cheerleading at Vivian Field Middle School in Farmers Branch, as well as working on her master’s degree in school counseling. Only compared to the nonstop pace of teaching, parenting and cheering for the Dallas Cowboys could a schedule like that seem like a break. “I’m not going to lie,” Sasha says. “That was an insane schedule, but I don’t regret a minute of it.”

As a four-year veteran of the Sacramento Kings cheerleaders, Sasha’s dream was to end her dancing career at the top with the Dallas Cowboys Cheerleaders. She knew she was an unconventional candidate for the job, however, and that was almost enough to make her turn her back on her dream. Newly divorced with a young daughter to care for, Sasha felt trapped in California, but instead of letting her situation hold her back, she used it to propel her to her dream. “I had to get over a lot of insecurities and self-doubt,” she says. “It felt easier to stick with what I knew, but I decided to trust in myself and take the risk of rejection.”

Making her cheerleading dream a reality was a multistep process. To move to Texas, Sasha needed to find a teaching job. Vivian Field Middle School was willing to hire her to teach special education, but she had to pass the Texas certification exams to get the job. As someone who’d struggled with school, passing the exams seemed like a huge obstacle, but she passed handily and began teaching in a classroom for students with behavioral challenges. As she established her teaching career, she also developed a relationship with her classroom aide, an athletics coach at the school named Chase Marrier. Although it wasn’t part of Sasha’s original plan, Chase became a huge help in making her DCC dream a reality as he stepped in to baby-sit and offer encouragement.

With her teaching career on solid ground, Sasha turned to her dream: making the team. In 2010, she began the nail-biting process of auditioning for the elite squad. With each round of cuts, she was one step closer to her goal, and at the end of the summer, she was thrilled to see her name listed on the official roster. That’s when the real work began. Her daily schedule was a whirlwind of work at school, then picking up Sienna from school to come home and spend a few minutes on homework before heading off to practice. After practicing all night, Sasha was lucky to get home to tuck Sienna in bed, and many nights she came home to find her daughter already asleep.

Like any mom, she had plenty of guilt-ridden days as she tried to balance living her dream with caring for her daughter. She chose to focus on the positive. “Most people will have to tell their children about their most precious accomplishments, but my little girl got to witness it,” she says. “She saw me accomplish a goal that I set for myself.”

After two seasons with the Dallas Cowboys Cheerleaders, Sasha hung up her pom-poms. Six months later Sasha and Chase were married at the same resort where the DCC swimwear calendar was shot, a fitting location to close one chapter of her life and start another. The couple will welcome a new baby girl to their family in October. Sasha has other big plans in the works too. After years of planning and dreaming, she’s hoping to soon start a summer dance and cheer camp. “I want to share the things I learned while I was at DCC, and there is a part of me that still just wants to dance.” 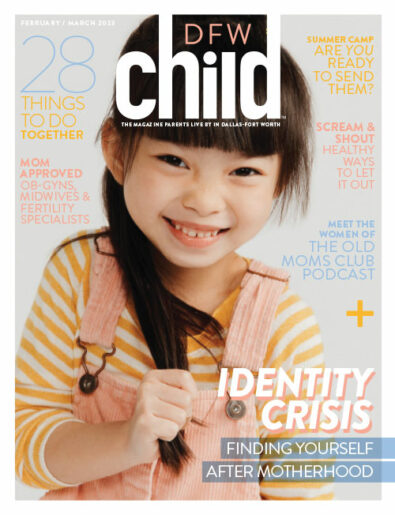