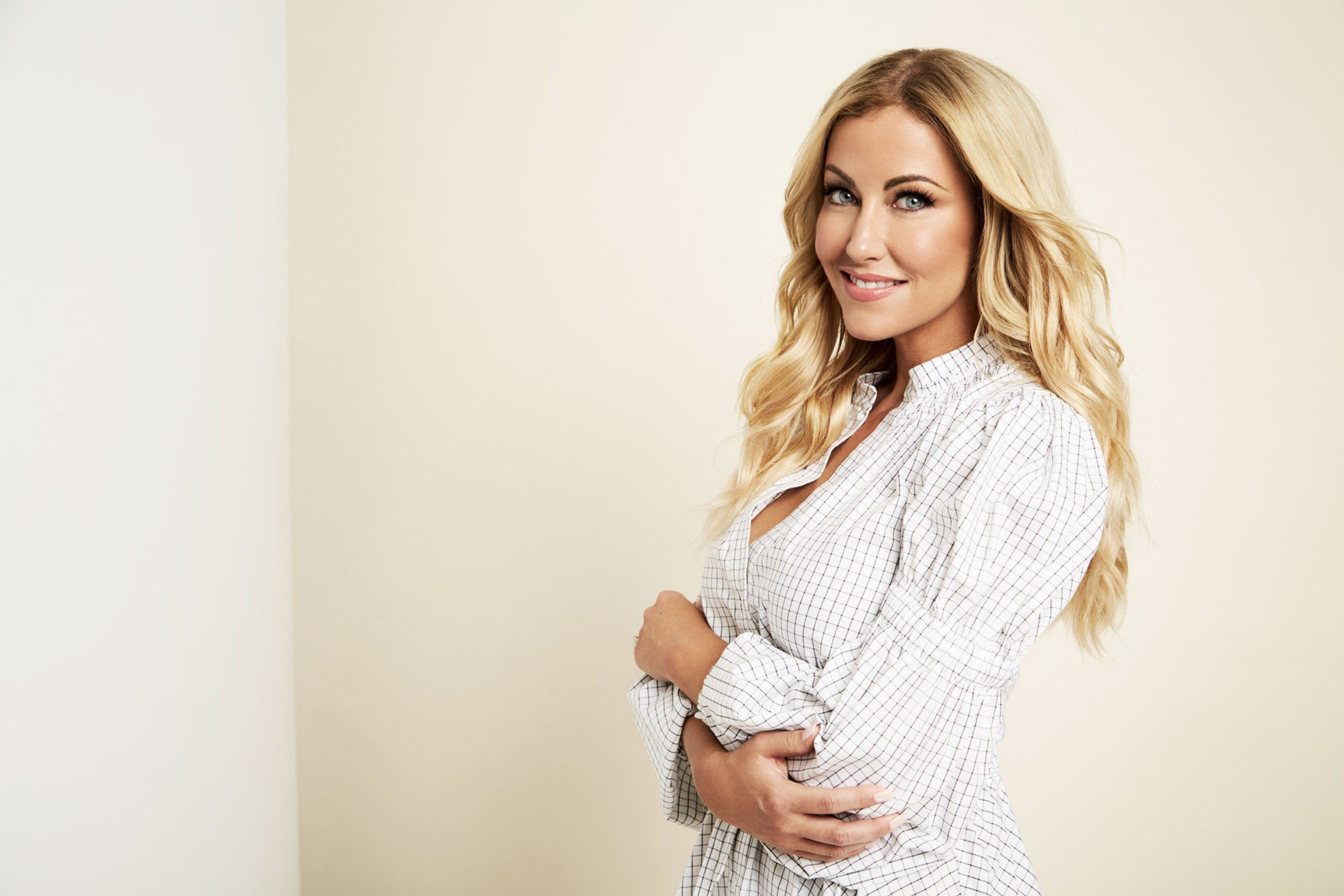 Our favorite guilty pleasure is back for its third season—we’re watching, are you? We chatted with Stephanie Hollman on the heels of The Real Housewives of Dallas’ season premiere, to find out how she balances being on the show, raising two kiddos of her own—Chance, 9, and Cruz, 7—and keeping the spark in her marriage. Plus, she dishes on her fave spots in Dallas, from shopping to gym-ing. Read on to see how this Oklahoma native has made a name for herself in Big D.

How do you balance being a mom, a wife and cast member of the show?

It can be a really hard balance. In the past, I kind of put the show at more of the center of my life. I would miss things that were important for filming. This year, I think people will see that I tried to put the important things first, like anniversaries and birthdays. If something were going on with my family and my children, I would put that above filming. Which, I’m proud of because it’s something that you get a lot of pushback for. If you do the show and you’re true to yourself, then you hold [close] the people that are the most important to you, which is your family, and you make them feel special at the same time—I think it can be done. Also, I have a really supportive husband. I do have an amazing assistant that helps. I have people in the back that make it work seamlessly—I could not do it by myself. Getting help when you know you need it makes a difference.

How has life changed for you since being on the show? How has it evolved in the past three seasons?

Season 1 your life changes overnight and it can be really, really overwhelming. And people don’t know you; you have to earn the audience’s love and it takes a little bit [of time]. Now, it’s much easier because people feel like they know you. I’ve not experienced anyone being unkind to my face—on social media of course, you get some negativity. Sometimes you miss going out and not feeling like people are looking at you, because sometimes even if people don’t say [anything], you see them staring [and] it’s a little uncomfortable. But I try to ignore that and live my life, and not have my children suffer just because people know who we are.

What initially led you to Real Housewives of Dallas?

You know, I wasn’t looking for anything in reality TV. A good friend of mine, Amanda Ward, was approached through a casting agent. And casting agents always find one person and then they have them give them names and numbers of their friends. She gave them my number and Brandi [Redmond’s] number and it just kind of organically happened. We auditioned and a few months later there was a green light for the show.

How often do you and Travis have date night?

We try to do date night at least once every one to two weeks. A lot of the times it’s us going to the movies or dinner. I think it is important to have quality time outside of your children because if you don’t, I think marriage sometimes can become just about the kids, and then you wake up one day and you don’t know who the other person is that you married.

How do you balance self-care and being a mom?

Thankfully, both of my kids are at school, so you can take care of yourself while they’re at school. You have to take care of yourself and practice a little bit of self-love before you can love your family like you should. So for me, it’s a lot of taking care of myself, getting my emotions right. In the morning I wake up and I listen to Joel Osteen. It puts me in a really good, positive mood. I [also] try to keep a good schedule with my kids’ activities. I feel like if you’re not stressed out and anxious, your kids will follow suit. I think kids pick up on their parents’ behavior.

Spas: Hotel spas (The Joule and Four Seasons) and The Riviera

Places to take the kids: The Perot Museum, Six Flags and the Dallas Zoo—“they have a new baby gorilla, and if you get there really early, the mama brings the gorilla out between 8 and 8:30am. We went and saw the mom and baby gorilla holding each other. It was so sweet!”

Workout: Lagree method at One Lagree and Barry’s Bootcamp

In your opinion, what is the most underrated part about Dallas?

It’s so funny, because I feel like everybody outside of Dallas who has never been here, [thinks] Dallas is very much like a country town and it’s not like that at all. It’s such a big city [with] culture, amazing restaurants and great shopping. It’s a big-city feel, but you also have the small-town values, which I think is really cool.

What is your go-to food item for packing the kids’ lunches?

Cruz eats at school, which is really nice, but for Chance, sandwiches. I’ll come up with cheeses and crackers and different meats, and create my own Lunchable for him. He loves little tortilla rolls with meat and cheese in them as well, and I’ll cut those and make it a little fun.

What is your funniest teaching moment as a mom?

In this season, I think you’ll see it. My children [have] become really concerned about where babies come from since Brandi adopted Bruin. I’ve had to have a really PG conversation about that. And also, kids don’t understand people that don’t have homes. I actually love having those talks with the kids, because it also helps them see how lucky they are and also that it is good to give back to people and have compassion for those less fortunate than you.

What do you enjoy doing in your spare time?

After the show wraps, I enjoy sleeping, because it’s usually really exhausting. I’m a really big homebody—I love watching movies on the couch with my family and ordering a pizza. I love going on date nights with my husband. I’m not really big into going to bars, but I do love going to nice restaurants and having a few glasses of wine. I enjoy spending time with really good-quality friends. I’d rather have a quality small group of friends, than a ton of friends who I am not really close to. I get kind of uncomfortable in big crowds.

How have your relationships with the cast members changed over the course of three seasons?

Dramatically. I feel like, the first few years you film with some people that are your good friends, and that’s so easy. But you’re also filming with people that are strangers to you—you don’t know them that well and it’s really uncomfortable to have to get to know someone on camera. This year, I feel like I know and am friends with every single person on this show. Which is refreshing and made it so much more fun. But it also makes it really hard whenever they are fighting because it’s so much easier to take sides whenever you don’t know people.

Reunions are long and not fun, I’m going to be honest. It’s like therapy. If you go into it [thinking], this is really messed-up group therapy, at the end of the day you can find peace. If you go in thinking there are winners and losers then it’s not going to be good. I don’t think that’s the way life is. I always look at it as, this is me letting go of the past year and saying everything I want to say; from now on it’s over and done.

Is there anything that you’ve learned about yourself since being on the show?

I feel like I found myself through the series [and] learned a lot about myself. It’s made me grow as a person. If you do the show and you don’t look at yourself on these episodes and really try to find out things you can do to better your life, family and friendships, then I don’t think you’re doing yourself a service. For me, I really try to go in each year and try to learn from it. Because not everyone has the opportunity to see themselves as they are in real life. It just gives you a lot of self-awareness.