Playtime: Should You Always Say "Yes" to Playing With Your Kids?

Skip to content
DFWChild / Articles / Family Life / Kids / Playtime: Should You Always Say “Yes” to Playing With Your Kids? 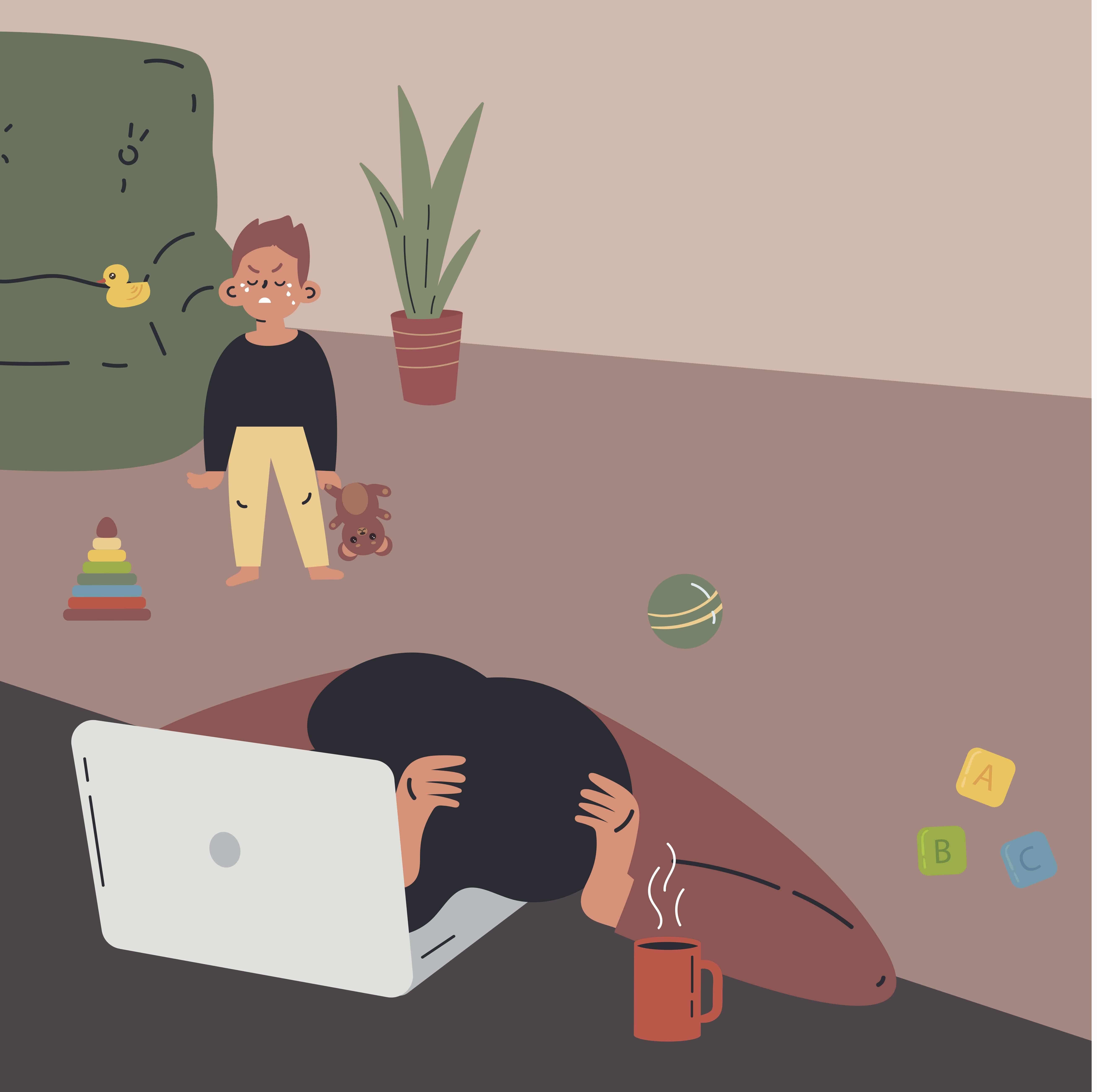 “Your work takes too long,” my 6-year-old son informed me recently. I looked up at him from my laptop, where I was editing content for the upcoming DFWChild issue. I knew where this was going. “You need a job that takes less time so you can play with me more,” he continued, going on to suggest alternate occupations—home remodeling, perhaps?—that he thought would give me more time for Nerf battles and space wars. If he had his way, I’d be a full-time playmate.

Truth be told, I try to be as close to that as possible. But it can be exhausting. A lot of moms deal with the “Play with me!” refrain. It became even more common during social distancing, with kids cooped up in the house and friends confined to theirs.

First things first: We adore our kids and want them to be happy. But sometimes, child’s play is the opposite of what you want to do at that given moment. Maybe you’ve had a full day of work or have been running endless errands. Perhaps you were anxious to sit down with a book or watch your favorite show to regain a little sanity. Answering your child’s “Will you play with me?” affirmatively might push you past your limit. Answering, “No, not now,” may fill you with guilt. So what’s the right answer?

RELATED: The Highs and Lows of Childcare Costs

I’m a single mom of an only child. I don’t have my son 100% of the time, so I feel like I should save all my “me time” for days he is with his dad. And he doesn’t have another kid at home to play with. But in chatting with experts, I was reminded that my kiddo doesn’t benefit if I’m completely burned out.

“It’s not our job as parents to constantly entertain our children.”

“It’s important to model self-care, the idea that I need down time and to relax,” says Dr. Kim Mangham, a pediatrician at Cook Children’s Pediatrics – Keller Parkway. “Parents need to understand that they don’t have to do it all.” As it turns out, saying no from time to time is beneficial not only for parents but also for their offspring.

“It’s good for kids to have downtime and even be bored,” says Dr. Alice Ann Holland, a pediatric neuropsychologist who practices in Dallas and is affiliated with Children’s Health and UT Southwestern. “Boredom develops frustration tolerance, emotional regulation—the ability to manage and work through a negative feeling—and opportunities for imagination and creativity. Children will have to think to themselves, Mom can’t play. How do I deal with that? What do I do?”

Parents can facilitate play without participating themselves; it’s all about creating the right environment and opportunities. “Especially in the current situation, when perhaps children are doing virtual learning or forgoing their regular playdates, you want to create a space conducive to free play,” Holland says. “Maybe move all your furniture to the side in one room so kids can run around, hula hoop, build cushion forts and so on.”

As she indicates, the tools for play don’t need to be complicated—high-tech toys and apps are not required. That’s not to say some screen time isn’t OK. “It’s absolutely fine to say, ‘I want you to play on your iPad for an hour while I watch my show,’” says Mangham. But hour-after-hour, nonstop screen time in place of free play? Not a good idea.

That means children should, as often as possible, go back to that seemingly archaic world before everyone had a smartphone in hand. “Kids need puzzles, blocks, sidewalk chalk, pots and pans, everyday household things,” notes Mangham. “These days, elementary kids are coming into school with fine motor delays because they’ve been spending so much time on devices. They just need the basics, and they’ll use their imaginations.”

Mangham recalls hearing her own children laughing and getting along while they were upstairs on their own. She found them building towers and a moat out of sheets, complete with pretend alligators. “They were entertaining themselves,” she says. “It’s not our job as parents to constantly entertain our children.”

And when we do? “It sends kids a message that the world revolves around them,” says Holland, “and that can lead to poor adjustment.”

So, fellow moms, you get the experts’ blessing to say no—but not every time. “If at all possible, the best response isn’t really ‘no’; it’s ‘Not now, but later,’” suggests Holland. “And then follow through.”

Like many things, playing with your kid is about quality over quantity. Experts say when you’re giving your child time, also give them your full attention. Mangham advises parents to leave their cell phones in another room. You should also give your child wide latitude in choosing what to play. “They do well when you give them control,” reveals Mangham, “and they don’t have control over much.”

That means going along even when you find the activity tedious. For me, that’s playing video games with my son. (Holland told me I was “a saint” for doing this. That’s all the parenting validation I need in life.) Of course, some gentle redirecting is allowed, but for the most part, let your child have his say as long as the activity is appropriate.

“If your child has waited patiently, they’ve been playing quietly, then it’s their time,” says Mangham. “Focus 100% on them. And you’re modeling good behavior. They sacrificed; now you’re sacrificing. So you do it, even if you’d rather pull your eyes out than play that board game or read that book again.”

Even if it is quality over quantity, the quantity question remains. How often should we be playing with our kids, and for how long? As you might expect, there aren’t universal answers.

“Even a brief play session can be impactful if you’re really engaged,” shares Holland. “It really depends on the child and the situation. I’d be especially aware of this, though, with children who don’t have siblings—which means fewer opportunities for collaborative play. Some only children are fine playing on their own all day, but particularly during this time when playdates may be limited, parents should try to make up for the lack of a built-in playmate as best they can.”

Holland suggests a loose schedule for joint play to manage young expectations. Typically, two short play sessions a day work well, she says. “Maybe you do 30 minutes in the morning and 30 minutes in the afternoon. At the end, you can tell your child, ‘Now Mommy has to work, but we’ll do it again later.’ Whatever you do, try to stick to the schedule. Things come up, but when they do, reschedule the playtime. And add more minutes to the rescheduled time if you can. It’s letting your child know, ‘I’m setting aside time for you. You are important to me.’”

For the average child, there’s not a risk of emotional damage when you have to deny their request to play. “The disappointment of Mom saying no every now and then will not be harmful to their long-term mental health,” says Holland. “It can build character, resilience and healthy independence and resourcefulness.”

And you might be surprised at what your kid is already able to accomplish behind the frequent badgering for you to “come here.”

“You really can just talk to them and explain that they have to be patient,” Mangham says. “Give them a standard to rise to. Kids will resist what they’re not used to or what they don’t want, but they will step up and do it. Children are a heck of a lot smarter and more capable than society gives them credit for.”

RELATED: Why Risky Play Is Beneficial for Kids

Use these recommendations to encourage independent play:

This article was originally published in August 2020.