A Guide to the Perot Museum - DFWChild 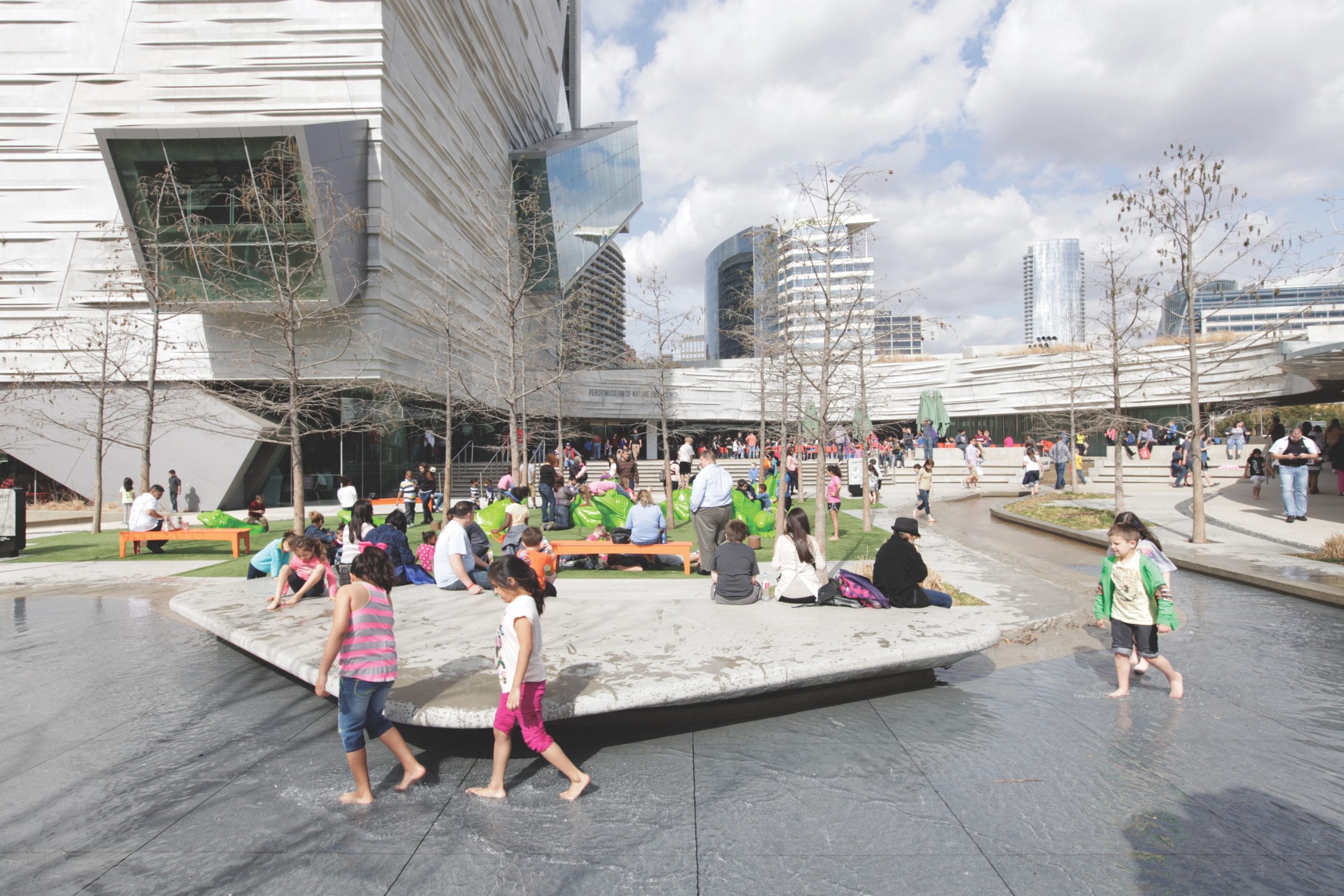 This building of stunning modern architecture, on full view from the Woodall Rodgers Freeway through Dallas, is the Perot Museum of Nature and Science. That reflective slice of glass jutting up and out the side is a 54-foot escalator with a spectacular view of downtown.

What’s even more extraordinary than the building’s exterior are the interactive and imaginative features at every turn, from the motion-activated “dancing water” molecules connected to the ceiling, to the giant leap frogs in the outdoor science park, to the museum’s 11 permanent exhibit halls. 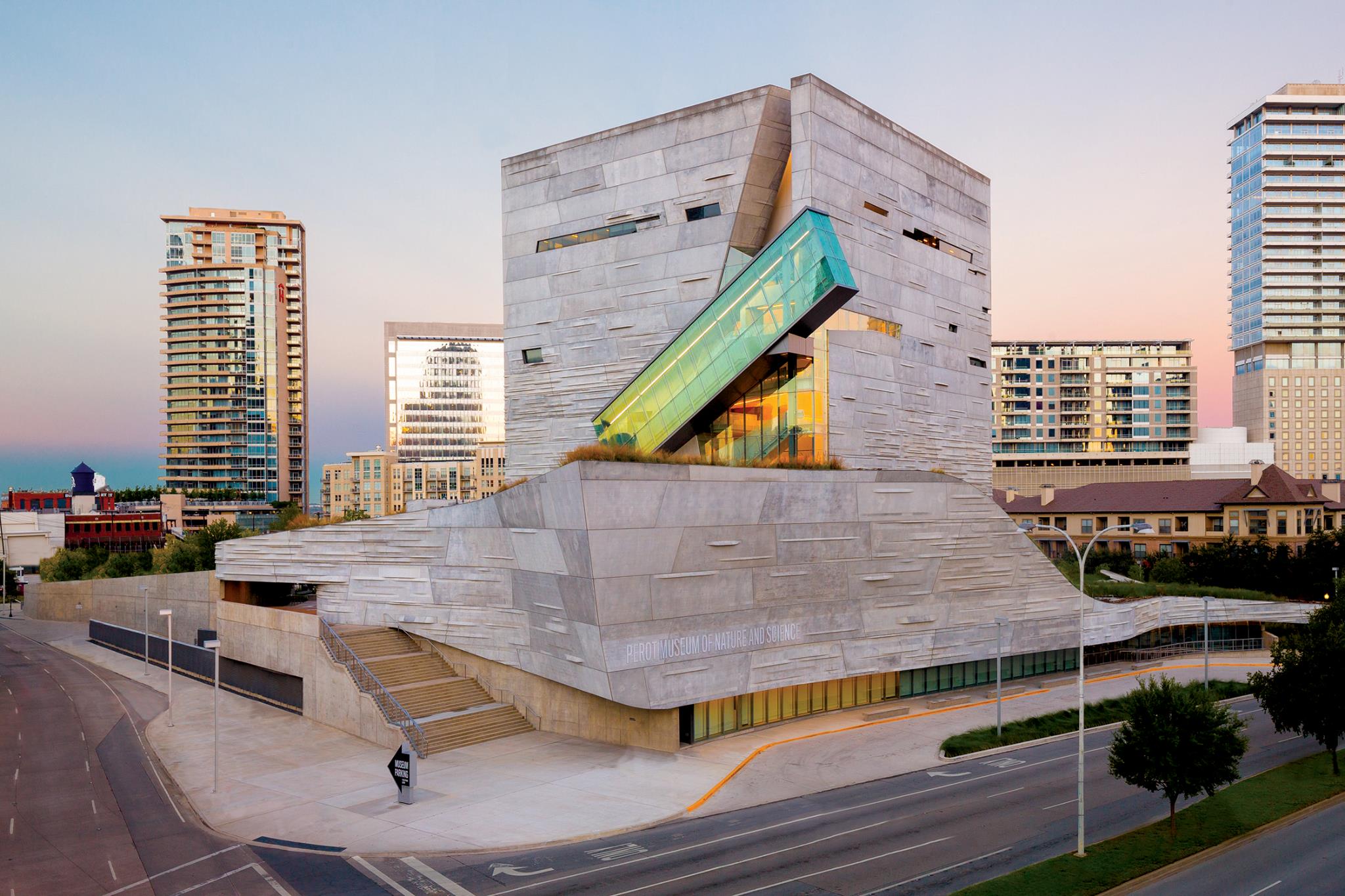 The busiest hall for young families by far will be the Moody Family Children’s Museum. It has a play place crafted from the Dallas skyline, a miniature Dallas Farmer’s Market complete with reusable shopping bags and a flower cart, and the Great Trinity Forest with a kid-sized campsite and displays of live insects and reptiles. Step inside the enclosed baby and toddler park for some playtime with your little ones or head outside to uncover what’s buried in the Little Bend Fossil Dig.

For a real find, visit the T. Boone Pickens Life Then and Now Hall for the world’s first replica of an Alamosaurus – the museum’s paleontologists unearthed a portion of its vertebrae from Big Bend National Park. See the Alamosaurus alongside a T. rex in the exhibit as well as a mammoth and a newly discovered Triceratops-like species named for the Perot family. 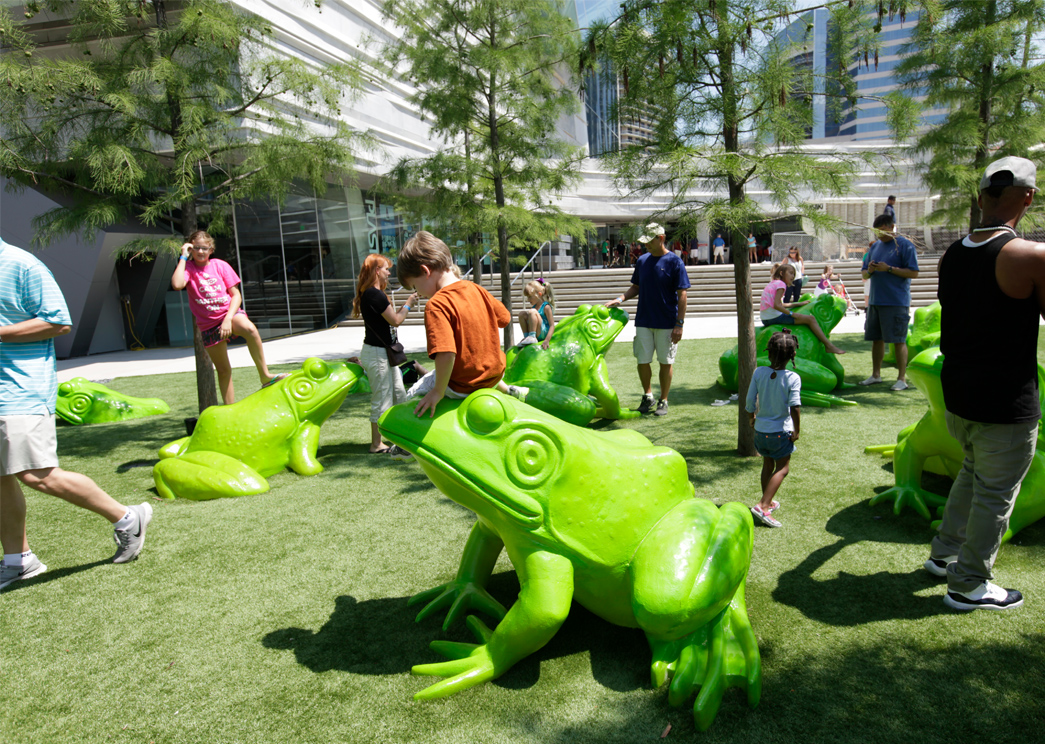 The T. rex appears again – a simulated one, anyway – in the Sports Hall, where you can try to outrun the dinosaur. In the Texas Instruments Engineering and Innovation Hall, conduct your own experiments in architecture, engineering, mechanics, software and electronics, with the only risk of shock to your child’s intellect. Grab a plastic cone and send it up through a wind tunnel to learn about turbulence, or assemble, program and drive robots on a platform.

The TI hall also houses two small but arguably the most symbolic pieces inside the museum – a Nobel Prize and a Nobel Peace Prize. The donors hope the presence of the shiny gold medals will inspire the next generation of Nobel laureates and innovators, starting with the kids who walk through the lobby.

When you need a break from exploring the exhibit halls, head back downstairs to the Hoglund Foundation Theater where you can take a seat and slip on a pair of 3D glasses to watch one of three rotating short films. Check the schedule for daily showings of Hidden Pacific, Journey to Space, and Dinosaurs: Giants of Patagonia, each only 20 minutes long, when you book your timed tickets online.

RELATED: Our favorite kid-friendly museums in Dallas-Fort Worth

See below for special exhibits and events at the Perot you won’t want to miss: 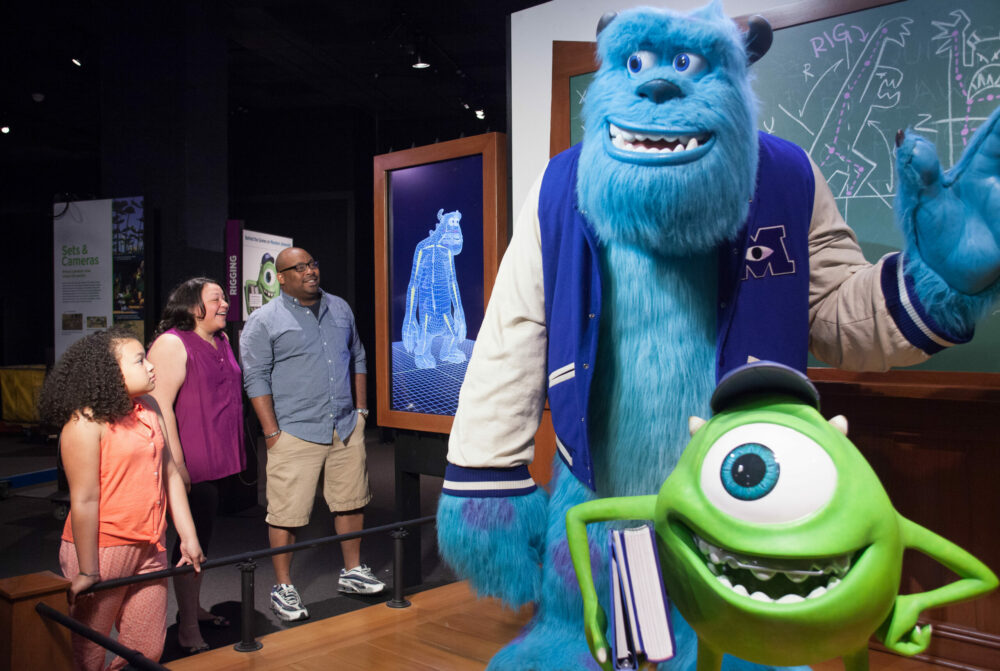 The Science Behind Pixar

Perot Museum of Nature and Science