Contrary to Shakespearian belief, all of the world is not a stage. But with the plentiful theater and drama classes in the Dallas area, try convincing your kids of that. Whether your tiny thespians aspire to win an Emmy, an Oscar, a Tony or the trifecta, we found the best performing arts classes to help them get started. From musical theater to television acting, let them soak up the limelight with these performance art classes.

Breitling Youth Theater
Where: 303 Main St., Garland. 972/658-3915; actingforchildren.org
The Rundown: Kids 4−19 audition for, practice and perform classic productions such as The Wizard of Oz and Annie Jr. at this all-youth theater in Garland. Weekly classes teach drama, speaking, articulation, memorization and confidence. Classes for A Christmas Carol begin at the end of August. From the stage managers to the actors to the lighting, kids put on this entire show. Register online for classes. Once the classes begin, students will audition to decide specific roles for that season’s performance.
Bonus: No need to explain the concepts of callbacks and understudies just yet. Every kid who auditions for a performance gets a part.
Cost: Classes ending in a performance cost $50−$75 per month. Or take 30-minute or hour-long private lessons for $20 or $35, respectively.

Hartt & Soul Studio
Where: 4106 Brooktree Lane, Dallas. 972/788-1150; harttandsoul.com
The Rundown: For kids interesting in working with an acting coach that inspires confidence, discipline and theater-based acting skills, Hartt & Soul offers acting lessons for ages 4 and up. Kids aspiring to television and film acting can enroll in in-person lessons that consist of small groups of 5−8 students learning speech, movement, camera tips and more. Three options for online lessons include Skype, webinars and training videos. Call ahead to register for in-person classes or register online for virtual classes.
Bonus: Hartt & Soul keeps students abreast of local audition opportunities for ample chances to show off their acting chops in the real world.
Cost: Six-week classes range from $340−$410. Private lessons cost $100 per hour.

Dallas Children’s Theater
Where: Rosewood Center, 5938 Skillman Street, Dallas. 214/978-0110; dct.org
The Rundown: In addition to the professional children’s productions at the Dallas Children’s Theater, kids age 3 1/2 and up can join in the drama-filled fun during fall classes. Kids rehearse an original performance such as Wondergirls and Superheroes, Creation Station or Fancy Nancy and Friends to perform at the end of the 11- or 12-week sessions.
Bonus: Keep an eye out for creativity contests where kiddos can showcase homemade costumes, sets or other artwork related to one of the plays.
Cost: Theater and new musical theater classes for all ages range from $250−$275.

J Performing Arts Space (JPAS) at the JCC
Where: 7900 Northaven Road, Dallas. 214/239-7140; jccdallas.org
The Rundown: From one-time workshops to weekly classes, the JCC offers 12 performing arts classes for kids 6−18 with interests in performing, musical theater, Broadway and on-camera acting. In addition to group classes and workshops, aspiring actors may take private lessons in 30-minute and hour-long increments. Musical performances for the upcoming months will soon be announced on the JCC’s website.
Bonus: Not one for the spotlight? JPAS also offers classes in playwriting, set designing and movie making.
Cost: Prices for classes and workshops vary from $15−$360. Private lessons cost $150 for four 30-minute lessons and $260 for four hour-long lessons for both members and nonmembers.

Junior Players
Where: Various locations throughout the Dallas County area. 214/526-4076; juniorplayers.org
The Rundown: For a drama experience taught by professional thespians that fosters creative expression, Junior Players hosts workshops and classes at local recreation centers, libraries and other community centers. Following sessions or camps, kids ages 7 and up perform in productions such as the Festival of Plays or an annual Shakespeare show. Kids can try a class as a beginner or work their way up to Advanced Training classes. Junior Players also partners with schools for specialized workshops such as afterschool classes or preschool programs.
Bonus: Did we mention all classes and programs at Junior Players are free?
Cost: Free.

KD Conservatory
Where: 2600 Stemmons Freeway, Suite 117, Dallas. 214/638-0484; kdstudio.com
The Rundown: Whether your kiddos want to pursue a life of television and film acting or just want to gain some confidence in group settings, the KD Conservatory offers several children’s classes and workshops for kids 4 and up taught by professional working actors. Musical theater classes called Imagination Players end in performances such as The Jungle Book or Once Upon a Mattress.
Bonus: Semi-annual showcases allow aspiring actors to strut their stuff in front of Dallas’ top entertainment agents. Kids will receive the contact information of all attending agents and practice making connections for more entertainment opportunities.
Cost: Eight-week classes including 16 hours of workshop time cost $325 for children and $425 for teens.

Young Actors Studio & Performing Arts Center
Where: 11496 Luna Road, Suite 700, Farmers Branch. 972/401-2090; youngactors.org
The Rundown: For kids looking to explore the television and film industry, Young Actors Studio & Performing Arts Center serves as a trailhead for the road from Texas to Hollywood. Aspiring actors practice weekly during semester-long classes to learn comedy improvisation, drama scripts, monologues, voice-overs and character development. Call to set up an audition or to learn more before enrollment.
Bonus: Have an aspiring Disney star on your hands? Some of Dallas Young Actors Studio alumni have made television appearances on ABC, Disney Channel and The CW Television Network.
Cost: Kids ages 7−18 pay monthly tuition of $195−$210.

Genesis Children’s Theatre
Where: 3100 Independence Parkway, Suite 342B, Plano. 972/599-3505; genesistheatre.org
The Rundown: Genesis Children’s Theatre offers theme-based classes featuring student-created plays with a weekly rehearsal for 10−12 weeks in preparation for performance. Major plays and musicals such as Charlotte’s Web or Peter Pan rehearse twice weekly. Kids from first grade and up are eligible for classes and can register online. Classes take place in the limelight of Genesis’ 85-seat black box theater. No need to channel Les Miserables; every kid who signs up for a class gets a role in the end performance. Genesis also partners with organizations such as Boy Scouts and Girl Scouts for customized workshops that end in short performances for groups of six or more.
Bonus: If your kiddo would rather trade stage makeup and memorizing lines for a director’s chair and a megaphone, check out Genesis’ Student Directed Plays class.
Cost: Classes range from $200−$385.

International Conservatory of Performing Arts
Where: 915 W. Parker Road, Plano. 972/422-4689; iconservatorypa.com
The Rundown: Online registration begins this month for fall classes running from mid-September to late November. This wide range of curriculum spans beginner to advanced. Triple Threat Broadway Bound classes teach voice, dance and acting for serious aspiring actors. Creative Arts introduces theater to kids 5 and up with technique lessons and games designed to improve projection, stage vocabulary, confidence and using imagination. All classes end in a performance such as Into the Woods Jr.
Bonus: In addition to theater classes and camps, the ICPA offers dance and music classes.
Cost: This fall’s 11-week classes range from $200−$375, plus a registration fee of $35 per kid.

Plano Children’s Theatre
Where: 1301 Custer Road, Suite 706, Plano. 972/422-2575; planochildrenstheatre.org
The Rundown: Theme-based weekly classes for kids ages 3−8 focus on a performance such as Annie or Frozen. Kids 8 and older can study one of three specializations of musical theater: voice, dance or acting, in weekly skill-based classes. If your kiddo is ready to take center stage, he or she can audition for a role in any of Plano Children’s Theatre’s performances. Fall classes at the Plano Children’s Theatre begin August 24 with open registration until the first class. This season’s classes include some crowd favorites such as Junie B. Jones and Robin Hood’s Adventures and some lesser-known performances intended to teach basic skills such as Princesses and Pirates and Jungle Adventures.
Bonus: Not in Plano? No problem. Plano Children’s Theatre also offers classes at multiple locations in McKinney and Frisco.
Cost: Class prices range from $125−$200 for eight or 12 weeks.

The Acting Studio
Where: 7151 Preston Road, Suite 301C, Frisco. 214/705-8322; actingstudiotx.com
The Rundown: These 60- and 90-minute weekly classes are divided by age and allow kids to explore acting, singing and dancing in a fun, yet focused, environment. Class participants are eligible to audition for The Acting Studio’s three annual performances held each spring, fall and summer. Fall classes at The Acting Studio begin August 17 for ages 5 and up.
Bonus: For kids pursuing theater more seriously, the Triple Threat Program coaches kids in the three disciplines of musical theater: acting, dancing and singing. This program accepts kids on an annual audition basis and tours each summer in theater hot spots such as New York and Los Angeles.
Cost: Prices range from $69−$85 per class.

McKinney Repertory Theatre Young Actors Guild
Where: 111 N. Tennessee St., McKinney. 214/551-1905; yagmckinney.com
The Rundown: Founded to serve kids 8−18 who have a passion for acting, this membership-based organization with around 75 members is completely student run. From the soundboards to the production promotion to the selection of plays, this guild is a haven for thespian-loving littles. Casting for November’s two one-act plays — Just Add Zombies and 10 Ways to Survive the Zombie Apocalypse — will begin in September. For kids looking to supplement their theater education or kids in homeschool, YAG offers a strong community of young, aspiring actors.
Bonus: In addition to four shows per year, YAG also holds two monthly meetings with theater games, acting technique lessons, theater education and more.
Cost: An annual membership fee is $35. Plus members can accumulate YAG Points to cash in for college scholarships upon graduation. 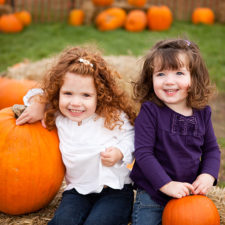 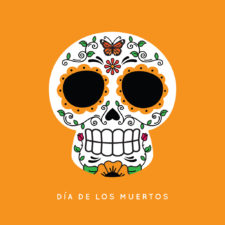