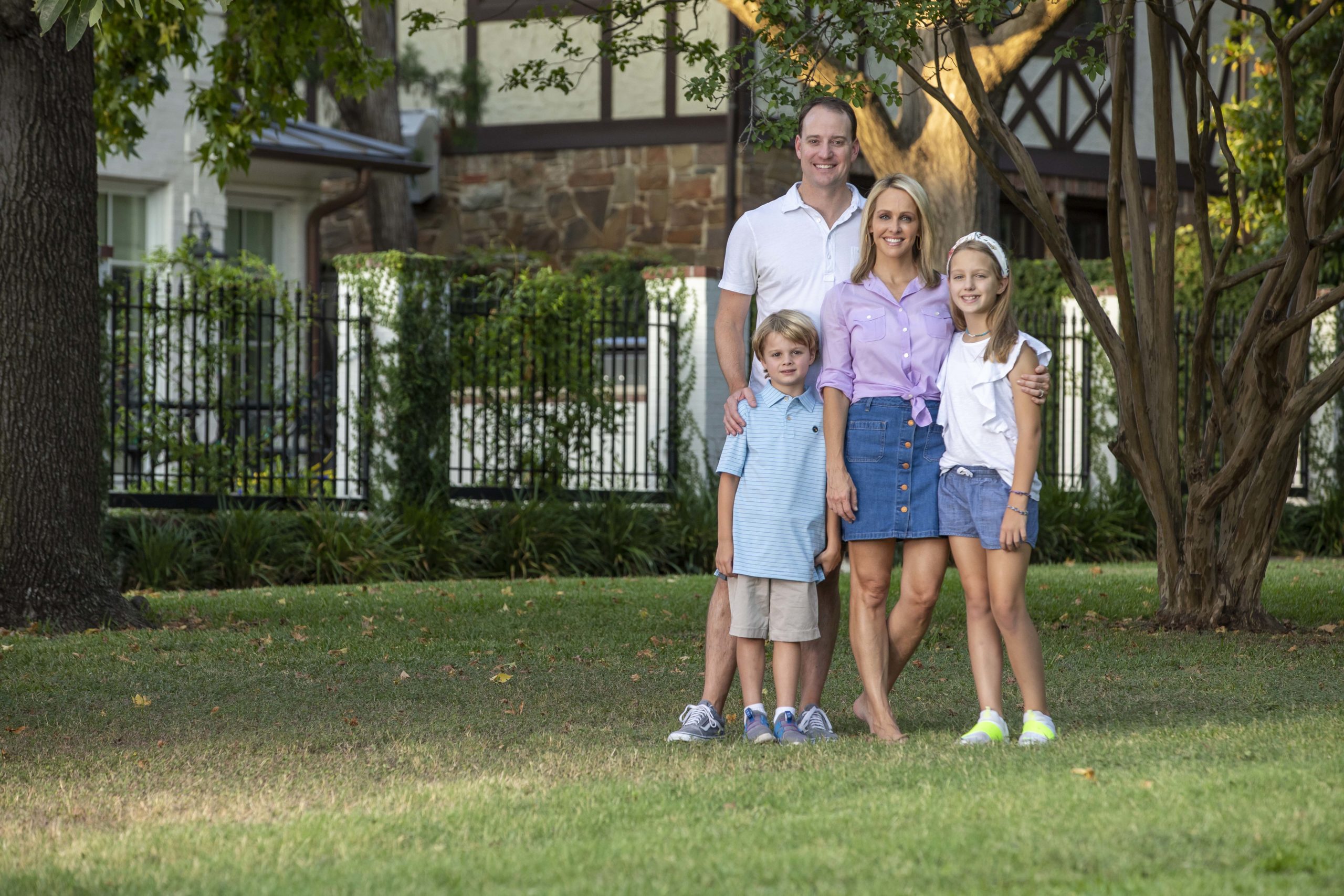 If you watch the local news, chances are you’ve seen Meredith Land grace your TV for years on NBC 5. She’s been there for all the late night broadcasts giving you the details on what happened (or is happening) in DFW. In fact, Land has been an anchor for NBC in Dallas for 16 years and for NBC in Charleston, South Carolina, for four years before that. Now, after building an extensive career, Land recently announced that she will be taking a small step back from her career as an anchor to focus more on being mom to her two children. We spoke with her about how and why she made that decision, along with what fears and hesitations she had in the process.

DFWChild: So, how did this decision come about? Meredith Land: I just took a step back and realized how big my children are getting and how much I am missing. They are now in school later in the day. I work a night shift, so I miss them completely. With my daughter heading to middle school next year, I felt a real pull to home at night.

Child: Was this something you have wanted to do for a while? ML: No, I didn’t think I would have the guts to make this decision. The 10pm spot is the Holy Grail in broadcasting, and had always been a goal of mine. [The] truth is, I anchored it for almost a decade, and before that, I was reporting for the show. I had built this career over 20 years and knew I could stay for another 20 if I wanted to.

So many people fear losing all that they’ve built if they lean out even a little bit. Historically, women in these jobs have held on for that reason and waited to be replaced by a younger woman who walks through the door. Making this move was the most empowering and gratifying decision I’ve ever made.

Child: Were you feeling that “perfect mom” pressure of having to do everything? ML: I have had “mom guilt” at every stage. Don’t we all? I even had it when I was home all the time on maternity leave. I just don’t want to miss a moment more.

“But I believe we are in an era where women should be able to press into home life a little more for a season and then return for another.”

Child: What was your family’s reaction to this decision? What were your colleagues’ reactions? ML: I knew about it long before I could tell my children, just with contracts and confidentiality matters. When I told them, they were shocked. They have never had me home at dinnertime, and their Dad is the one who always tucks them into bed. It’s going to be so exciting!

My colleagues are truly like family to me. I love them so much, but they see me FaceTime my family each night—a virtual tuck-in. I think on some level it made a lot of sense to them. My other half, Brian, was sad, but he’s truly happy for me; I can tell.

Child: Do you have any fears or hesitations going forward? For example, if you wanted to step back in and do more broadcasts down the road? ML: I will still anchor at 5 and 6pm, which is comforting to still be very much in the mix. Admittedly, it’s hard to let go of something I worked incredibly hard for my whole adult life. But I believe we are in an era where women should be able to press into home life a little more for a season and then return for another.

Bold decisions knock you off balance a little and push you to think differently. In that vein, I’ve created an Instagram news feed called The LANDline—get it? Let’s face it, that’s where we spend so much time; why not get some quick headlines and weather at your fingertips.

Child: Considering there are (most likely) many moms out there facing the same decision, do you have any advice for them? ML: My advice would be to listen to your children, notice their needs. Look, we all have to make a living, but don’t be afraid to present an alternative scenario to your employer, as long as you’re adding value. Know that when you make decisions based on your family, it’s always right.

When I was trying to decide whether to drop the late news, my mom gave me really good advice. She said, “You’ve done it. Let’s say you do it another decade, are you more fulfilled than you are now? At the end of your life, you’ll never say, ‘I wish I had worked more.’ You might say, ‘I wish I had spent more time with my kids.’”

Child: Did that solidify it for you?ML: [Her] words hit home and something in me just clicked. It made total sense, and she was right; it was time.

Stay up to date with Meredith Land at 5 and 6pm during the week on NBC 5, and be sure to follow her on Instagram at @thelandlinenews for updates in DFW.