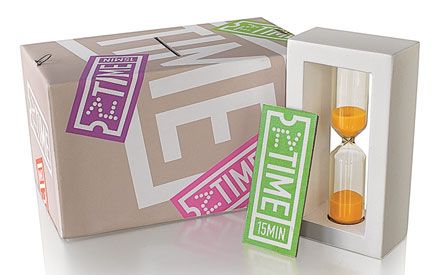 We all know we should turn off the TV more often. Study after study and expert after expert have cajoled us to get kids doing, not watching – and parents are getting the message. More and more parents are turning off the television in order to spend more time interacting with their children and building relationships, according to a recent study released by the U.S. Census Bureau.

Moderation is the key, explains Dr. Fred Muench, a New York clinical psychologist who has held faculty positions at NYU and Columbia University College of Physicians and Surgeons. DallasChild learned how to put that philosophy into practice in this Q&A with Dr. Muench and J.P. Williams, a parent himself and creator of TV Time, a kit that provides a handy method for parents to monitor and control TV time for kids ages 2 to 5.

What kind of negative effects do you think too much television viewing can have on children?

Dr. Muench: The effects of extended TV viewing on young children are well documented, both in the short term and long term. Most notably, in the short term, children who watch extended hours of TV are more likely to have sleep problems (especially when TV viewing is at night), are less physically active, more likely to be obese, spend less time with family members and tend to have poorer grades.

In the long term, very young children who watch extended hours of TV are more likely to have attention problems later in life (some controversy over this — mostly kids under 3), reduced grades, drop out from school, have higher BMIs in adulthood and higher cholesterol among other problems. This is exclusive of the violence on TV and commercials presented to children’s developing minds. Ultimately, extended TV viewing has a snowball effect because children are not doing other things, are bombarded with unhealthy messages and become focused on materialism through commercials, which then creates more problems.

J.P. Williams: Social interaction, verbal development, physical activity are all necessary for toddlers, and studies have shown that television does not help any of these.

What kind of positive effects do you believe can result from children using a product such as TV Time?

Dr. Muench: Self-monitoring alone will decrease unhealthy behaviors, so simply being aware of how much TV a child is watching should reduce it. Aside from the reduced time in front of the TV, it creates a sense of self-efficacy and responsibility. Ultimately, children learn about the consequences of impulsivity through their own actions. Studies have shown that children who delay gratification when they are young are less likely to become addicted to substances later in life.

TV Time is a lesson in personal control and responsibility. It is not about the reduced TV time as much as the ability to plan and have insight into the consequences of your actions. Some children may use all their tickets in one day, then feel the consequences for the rest of the week. What a wonderful lesson to teach a 4-year-old!

J.P. Williams: Pride, for one. You would be surprised how a 3-year-old would be excited with this simple box. Another is ownership. They control something. Think of the things that are out of their control, and then all of sudden they get to make decisions. It’s pretty cool for them.

I did not create TV Time as a way eliminate TV but as a way to include it. I really don’t think there is anything to be overly concerned about; however, I think we all use the TV as a way to escape. The child is engrossed in Blue’s Clues or Sesame Street, and you can call their name and they don’t answer. If TV is regulated (by the child) and it is given a proper place in the house — as opposed to simply being a default — then there is one less battle to fight for you and your child. … I wanted there to be a way to set limits without saying no. “Are there tickets left? No, well let’s play this game.” This was my plan.

Is there such a thing as “good TV” for young children?

Dr. Muench: Blues Clues increases IQ — so yes, there is! Children can learn a tremendous amount from TV, especially visual learners. It can expand their imagination as well as teach them the alphabet. It is the quantity and quality that is the problem.

J.P. Williams: In my opinion, yes. I like TV, and it creates wonderment and excitement. The preschool programs are really about learning. The key is moderation.

What is your opinion on the recent Johns Hopkins Bloomberg School of Public Health study that found that children who reduce their viewing time from two or more hours a day by the time they are 5 ½ are not at risk to develop behavioral or social problems, while their counterparts who did not reduce viewing time were affected?

Dr. Muench: Very simply that parents have control over their children and can affect their lives in profound ways by implementing simple behavioral strategies.

In your professional opinion, what are some healthy activities that parents can do with their children once their TV Time ticket allotment has run out for the week?

Dr. Muench: The primary barrier to changing any behavior is what to put in its place. Many parents use the TV as a babysitting — I know I do — so change must occur on a much more global level. Obviously, doing crafts or activities outdoors is key, but on a very simple level children should learn to entertain themselves without technology. Take out the building blocks or the puppets. Invite a friend over … anything that will allow your child to entertain themselves and foster their ability to be in control of their lives.

Besides using TV Time, do you have any suggestions for how a parent can enforce healthy viewing habits?

Dr. Muench: Know what your children are watching and minimize commercials. If possible, get TIVO. Other than that, I would say discuss the themes of the shows with your children — but that is not always possible when you are cooking dinner, so ask them about the show after it is over.