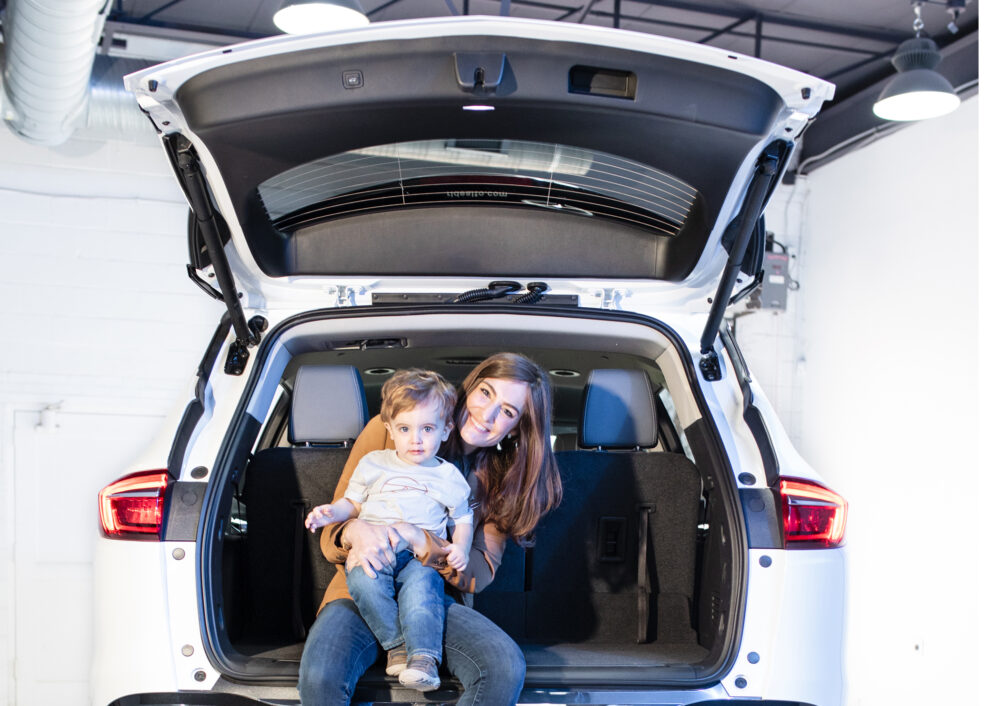 On paper, Alex Halbardier, a Princeton alum and the chief customer officer and founding member of Alto, an on-demand ride-sharing company in Dallas, appears pretty intimidating. But when asked about her impressive educational background and résumé, she quickly laughs it away and calls herself a “major imposter.”

“I typically feel that when I get to the next ‘impressive’ step, that it was somehow a fluke,” she explains. “And for probably a year into that next step, I definitely have a major confidence gap. I would be lying if I said I wasn’t going through that right now with my newfound career … wondering why I am suddenly so incompetent again.”

Hardly, but her humbleness is one of the things that makes her so likeable. She’s intelligent yet modest, down-to-earth but known to come up with crazy ideas. Example? Taking her 1-year-old son to Kenya last summer to visit her younger sister. A self-described “type A space cadet,” she adds, “I’m a worrier but then I’m not always type A enough to follow through on my worries.”

While that may be true, her accomplishments tell another story. Until recently, Halbardier had a career in what she calls the “corporate cushy life” as a consultant for Boston Consulting Group (BCG). Last spring, a personal loss caused her to question everything in her life, including her career. As she took time to reflect, she was serendipitously presented with an opportunity to join Alto as one of its founding members. On the company’s official launch day in January 2019, she made time to sit down and talk.

Age 33
Hails from The Park Cities
Lives in The Park Cities, after a detour in the Northeast
Alma maters The Hockaday School in Dallas, Princeton University (bachelor’s degree) and New York University (MBA)
Significant other Ford, 35, associate partner at McKinsey & Company. “We were both out of college and living in New York,” Halbardier says. “I was dating a guy who ended up subletting a room in Ford’s apartment. That guy and I broke up, and Ford and I started dating a few months later. He’s definitely our family’s rock. Our family wouldn’t work without him.”
Children Louis, 18 months
Apps she can’t live without Drybar’s app and Wunderlist, a to-do list app that you can organize into different lists and share with others.

Read Alex’s tips and resources for a family on the go.

DFWChild: You have a bachelor’s degree at Princeton and a master’s degree from NYU. Did you ever imagine moving back to Dallas?
AH: Honestly, no, but I have Ford to blame and thank for that. I was literally in the process of interviewing for jobs in New York when Ford springs it on me one night that he didn’t want to raise a family in New York. The timing was terrible.

C: Yikes. What did you do?
AH: I had been studying brand management and interviewing for jobs in the beauty industry so I did a total reset and started thinking about jobs that I could do in Texas. Someone asked me one day if I had ever thought about consulting. I honestly didn’t think I was smart enough to get into the industry but I got a job with FTI Consulting and ended up loving it.

C: How was the transition from New York to Texas?
AH: It was truly a blessing. I love being back in Dallas. I look back now and wonder what I was thinking wanting to live in New York forever. It was great while it lasted but Dallas is home now.

C: And you’ve recently made the move from the “cushy corporate life” to being a founding member of a brand-new company. How did that come about?
AH: Last spring, when I was working in Dallas for BCG, my dad passed away. I was happy and loved my job but his passing created this point of reflection and questioning in my life. After some soul searching and talking to friends, I realized it was time for a change. I’d always had the “startup bug” but had never been presented with the right opportunity. That all changed after having lunch with Will Coleman, president and CEO of Alto. I’d known Will for a while through Ford and other family connections. Over lunch, he explained his vision for the new startup company and I was sold.

C: What appealed to you about the concept for Alto?
AH: I personally find ride sharing uncomfortable. I use it because it’s currently the only option. After Will explained that the main focus for Alto is ensuring the rider’s safety and giving them the ability to completely customize their riding experience, I felt like I was their ideal customer and that excited me.

C: What’s it been like to build a company from the ground up?
AH: I would be lying if I didn’t [say I] question my decision on a daily basis. When you go out on your own with a new business, you lose your safety net. Up until now, I’ve played everything by the book. It’s the most excited and anxious I’ve ever been. I had no idea how intense those feelings would be.

C: Has Ford been supportive of your new career move?
AH: Absolutely. Ford is a wonder-husband and eternally patient with me. He’s just this incredibly sweet person that puts up with me. I’m not the easiest person to be married to and he and Will typically get the avalanche of my stress. This is my public apology to both of them!

C: I can’t believe you’re talking to me on the first official launch day of Alto. Are you sure you’re OK on time?
AH: Yes, absolutely. At this point, we’re just sitting back and waiting for customers. We’re in this weird dance where we are so excited and want to attract interest, but we have to hold the supply and demand in a careful balance so our customers have that luxurious, customized experience that we’ve worked so hard to create for them.

C: Work-life balance: fact or fiction?
AH: For me, it’s more about work-life integration. I have no strict rules or lines in my life but I actually prefer it that way. For me to be super motivated, work has to be a big part of my life. Since we live in a world with laptops and Wi-Fi, integrating work and home life has become so much easier.

C: What about parenthood has surprised you?
AH: I can’t believe how much I love doing “kid stuff.” I was never going to be the mom that played kids’ music in the car and now we play it all the time. I honestly think I enjoy it more than Louis. I completely underestimated just how happy having Louis would make me. He’s my little buddy. I just want to hang out with him all the time.

C: How has your consulting background in data and analytics affected how you parent?
AH: I’m pretty fact-based on parenting beliefs or issues that can cause a lot of emotions. That way of thinking helps me see through all the noise, especially with all of the opinions on parenting out there on social media.

C: It takes a brave mama to take her 1-year-old son to Kenya. How was your trip?
AH: Admittedly, I went back and forth about it a lot before booking it, and ultimately the benefits just outweighed the negatives. The entire trip was life-changing. We were truly unplugged and immersed in a completely different culture. I came back not only confident about future travels with Louis but also so appreciative of what a privilege it is to travel with your family to different cultures and places.

C: How do you de-stress?
AH: My favorite thing is to have my hair blown out at Drybar. It makes me feel so confident. After that, I feel like I can conquer the world.

For Alex Halbardier’s tips and resources for a family on the go, click here.

This article was originally published in February 2019.