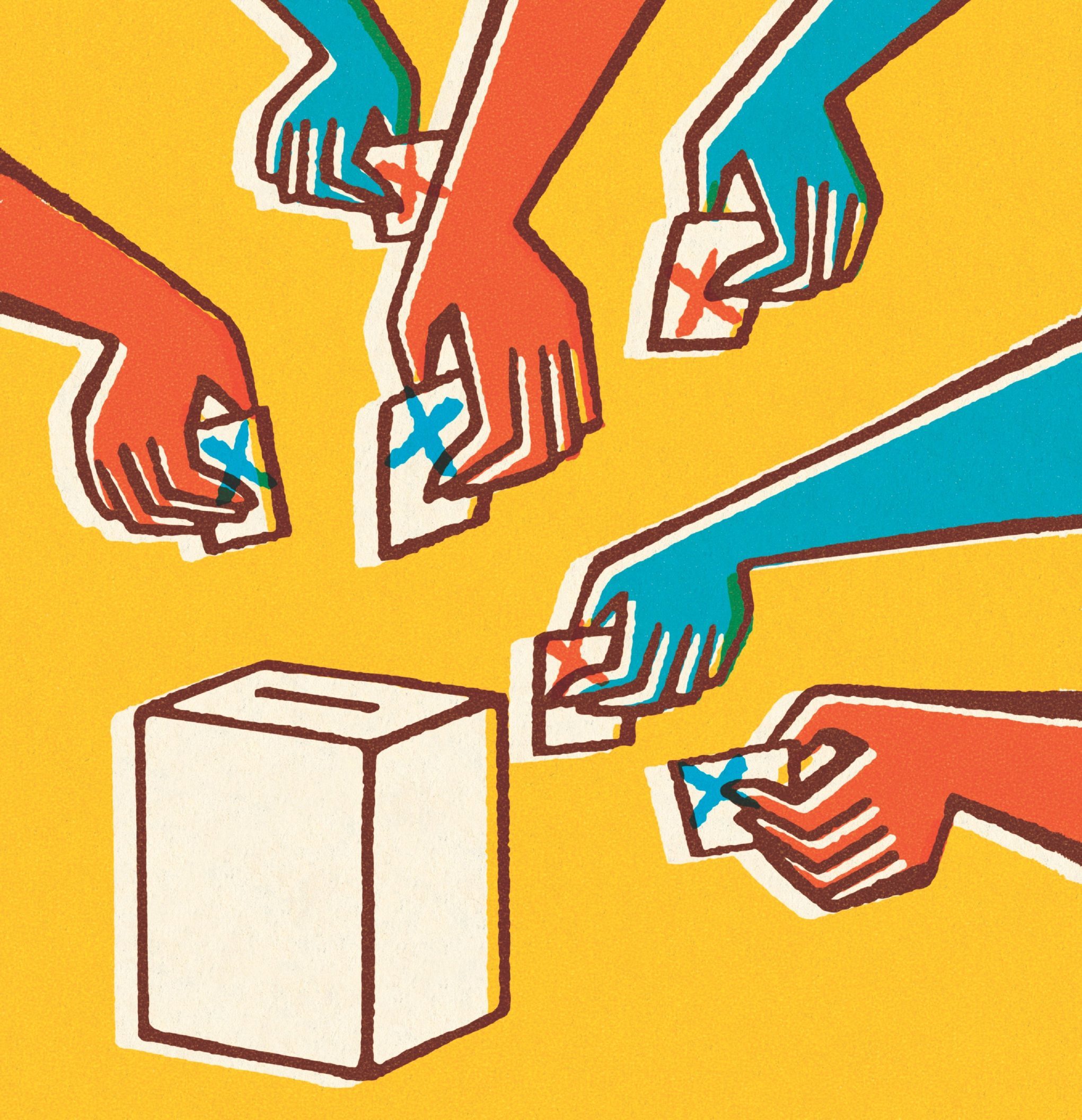 Did you know that you can become an election worker even before you’re old enough to vote? North Dallas teenager Sydney Watson, president of the student council at Alcuin School and an artist, learned about the student election clerk program and went on a campaign of her own: to encourage other young people age 16 and up to get involved on election day. We talked to Sydney about her project, called Students Step Up—something you can get behind no matter where you stand politically. 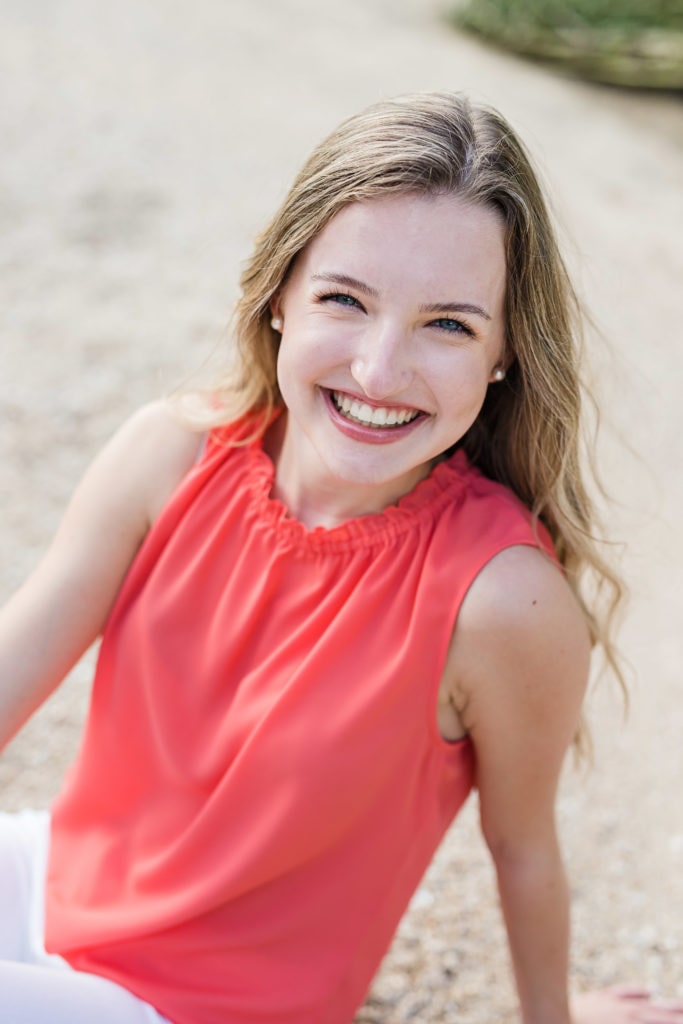 How did you get involved with the student election worker program? I first heard about the [program] from my principal, and it sounded like a hands-on way to learn about community involvement. I worked the primary election in March and walked away from it excited about participating again in the future. I even talked my mom into working as a poll worker in the next election.

Was this something you’ve always wanted to do? My school emphasizes connections between what we’re learning in the classroom and real-world issues. While this wasn’t something I ever expected to do, I [saw] that now is a serious time when people my age are uniquely situated to have an impact and are needed to step up to the plate—hence the name of my project, Students Step Up. I hope [it] helps others see that we really can bring change in our communities, which starts small but with a big idea. Texas is too big to think small!

What drove you to organize your peers to be student election workers? This spring, I started hearing a lot of concerns about the upcoming general election. My parents gave me an article about the November election and how, even if a lot of people voted by mail, there would still be a great need for in-person voting.

For people to vote safely, we’ll need lots of polling locations staffed with lots of election workers, keeping lines short. After discussing [this] with my family, I realized that students can really play a significant role in this election, and that our involvement now is more important than ever.

What do you do as a student election worker? Student election workers do everything that adult poll workers do. From the start of Election Day, we’re at the polls setting up machines and signage to prepare for voting, and we work throughout the day to check people in and guide them through the process. It’s always a long day, but it’s definitely gratifying!

Poll workers are often senior citizens; does your project lift any kind of burden off them? Many poll workers are in the age range of my grandparents, and I know from frequent FaceTime calls with them that the risk of contracting COVID-19 is top of mind. If students turn out in large numbers to staff the polls, we are taking some of the pressure off our older poll workers in these current times.

How are you working to get other students involved? I’m running a social media campaign to raise awareness about the program and to make the application more accessible to students. Before I started, I did a lot of research on effective social media campaign strategies, trying to learn everything I could about how to maximize my efforts and reach as many students as possible. I contacted many other student council presidents at public, private and charter schools who helped me spread my campaign at their schools.

This was also an opportunity for me to use art to conceptualize and design my social media graphics. I even reached out to Evan Lian, a cartoonist for The New Yorker, who designed three images for my social media pages. My parents and sister were super helpful to me throughout the process too, as well as a teacher from my school who was always available for me to bounce around ideas.

That’s great! How many volunteers are needed? Dallas County needs around 1,000 student election workers on Election Day this November, and I hope to fill every one of those positions. My campaign isn’t over yet; hopefully I’ll have a major impact on the number of students who work the polls!

Why do you think it’s important for people your age to participate in this way? I think it’s important for students my age to recognize that they can play a role in our democracy, even if they aren’t old enough to vote. Students who are educated about the voting process and their rights as voters are more likely to take action when they become voting age. When students witness our democracy firsthand as poll workers, [I think] they feel more empowered to be active members of the community.

To get your teen involved and keep up with the progress of Students Step Up, check out @studentsstepup on Instagram and Twitter.

Want your child to develop a similar civic mindset? Check out How to Raise a Future Voter for tips on how to make your kids aware of the importance of an election. 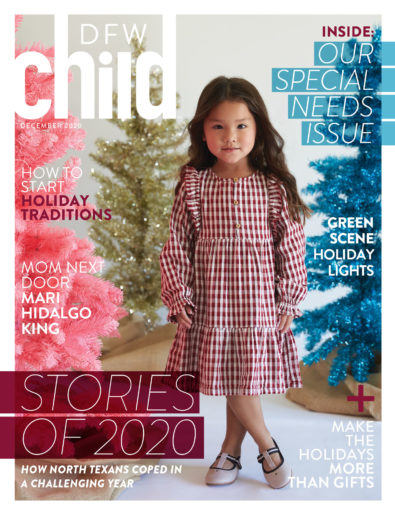 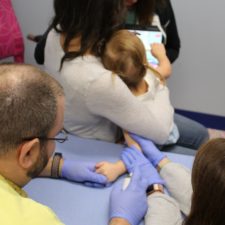 How You Can Make Shots Less Scary (& Painful) for Your Child 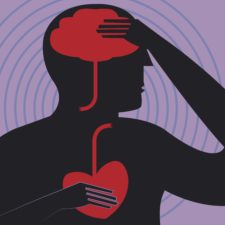 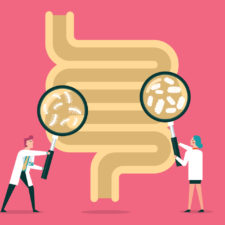 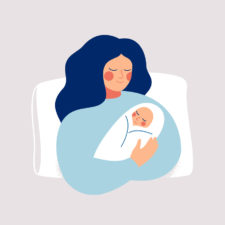 Should You Bank Your Baby’s Cord Blood?