Bowling alleys — the kind with bright lights and a cacophony of arcade-game bleeps and Top 40 hits blaring in the background — and autism do not go usually go hand in hand. A sensory nightmare to be sure, even for those of us who aren’t on the spectrum. But according to Allen mom Maureen Brice Bordelon, that’s exactly where her family went some months ago, including her 15-year-old son, Jonathan, who has severe autism spectrum disorder (ASD).

“Now the sensory overload is definitely manageable,” says Maureen of her son’s reactions these days.

However, this wasn’t always the case. Jonathan’s journey has been a long one (having been diagnosed at 16 months old), with Maureen, husband David and their two other children — Gregory, 21, and Danielle, 16 — right there with him every step of the way. The mom of three recalls a few of the most challenging moments from earlier days.

Maureen, 49, shares a story about a trip to Target during the back-to-school rush years ago: Jonathan had a meltdown, and two mothers whom she’d known and said hello to prior to her son’s outburst witnessed the incident.

“These moms put their hands over their children’s faces and turned them away from us,” Maureen explains. “I don’t know what hurt me more: being chastised for what was actually going on or trying to protect my other two kids at the same time from the stares and judgment.”

She chronicles what happened in her book, My Autism HatRack − The Life Flip, a book she published in 2013 that’s equal parts guide book for parents who have a child with ASD and an honest look at Maureen’s own personal journey raising Jonathan alongside his two older siblings.

“The challenge of parental balance for me is trying to support a ‘normal’ childhood for our other two children, knowing they are such a gift, and also support my ‘extra needs’ child,” she says. “I have one child with severe challenges and two others who are just the opposite and extremely gregarious. Gregory is an extrovert and entertainer while Danielle is extremely creative and articulate.”

And the two of them were such a big help with Jonathan.

“They were better than the therapists I was hiring for Jonathan,” Maureen jokes. “Danielle is only 18 months older than Jonathan, and by age 5, she knew how to control a situation in a positive manner through her own sibling therapy.”

In 2007, Maureen had a real aha! moment, which changed the family dynamic for the better.

“I really got tired of all the negativity [associated] with autism, and that’s when I just said, ‘Alright, enough of this, we’re going to start celebrating everything Jonathan can do,’” she shares. “I had this epiphany in the shower, sitting on the floor with the water coming down and crying from exhaustion and sheer hopelessness. There were still so many unanswered questions, but then I thought, ‘He’s my baby,’ and I knew I had to turn things around and be his ‘voice’ so I started celebrating everything.”

She thought differently about situations such as Jonathan having a meltdown in the grocery store.

“Instead of being frustrated, I would think, ‘At least we got out of the store’ after we left,” Maureen says. “And I think once I started to spin scenarios that way in my mind — all of the celebrations — that [positive] energy went to the rest of the family.”

One particular life-changing event was last summer when Maureen decided to take all the kids to the West Coast for a month (Gregory was attending college in Orange, California). While there, routines and expectations went out the window. Jonathan was literally in a whole new world. He did wonderfully with trips to the beach, the park and exploring new places.

“He was so flexible and adaptable,” the proud mom reveals.

Maureen is still a full-time mom in every way — whether she’s of taking care of her children (Jonathan is currently home-schooled) or being a “mom rep” and serving as the voice and support for other mothers in similar situations. She and her network of warrior moms work with different organizations like Generation Rescue and National Autism Association of North Texas (NAA-NT) and push hard to advocate for families affected by ASD, helping pass laws and protect the rights of those with autism and their loved ones.

Additionally, Maureen blogs for The Dallas Morning News when she can, and she’s also busy writing a couple of other books. But it’s her latest hands-on project that has her the most excited.

“I started this workshop,” she shares. “It’s called the Mom’s PMS workshop, which stands for Mom’s Positive Mindset. I’ve found that my mission is really the mom. If I can help the mom find the positive in a negative situation, I can help her feel better, and I’ve truly seen the children get better because of it.”

And it’s this one-on-one time she has with parents that she finds most fulfilling. She shares that while she didn’t have a hand to hold while she was going through those initial stages herself, she’s happy to now be the one to lend a hand to help other moms navigate this uncharted territory.

“I help parents take steps into a very long journey,” Maureen explains. “I didn’t have that years ago, and I felt really alone. There were a few other moms in similar situations, but they were so overwhelmed with their own issues; it was kind of like a bitchfest, and I’d leave more depressed than when I came in!”

So Maureen took it upon herself to find her own group of “fun moms” — those who were productive and positive — and started their own parent support group.

She’s grateful there are a lot more autism organizations now that offer parents support. But according to Maureen, “there still needs to be somebody there to hold that parent’s hand.” So for the last five or six years, she’s been just that, a parent professional.

Ask Maureen for insight into what it takes to care for a family affected by someone with autism, and the first thing she’ll advise is to look inward.

“The mom needs to care for herself,” she asserts. “And she needs spiritual support too. Whether she finds that at church, through meditation or somewhere else, it’s something she needs all the time to successfully be the driving force in her family unit. I cannot stress the importance of taking time for yourself, even if it’s 10 minutes a day. That time fills your heart with hope to take on whatever the next challenge might be.” 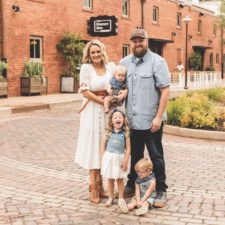 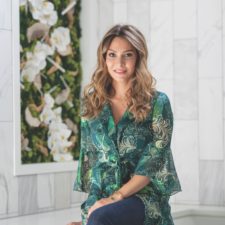 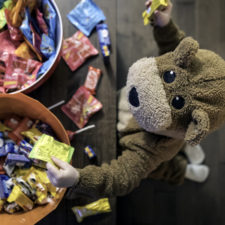 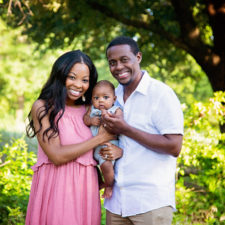 Win a Christmas staycation giveaway at the Gaylord Texan