The Importance of Making Playtime a Priority - DFWChild 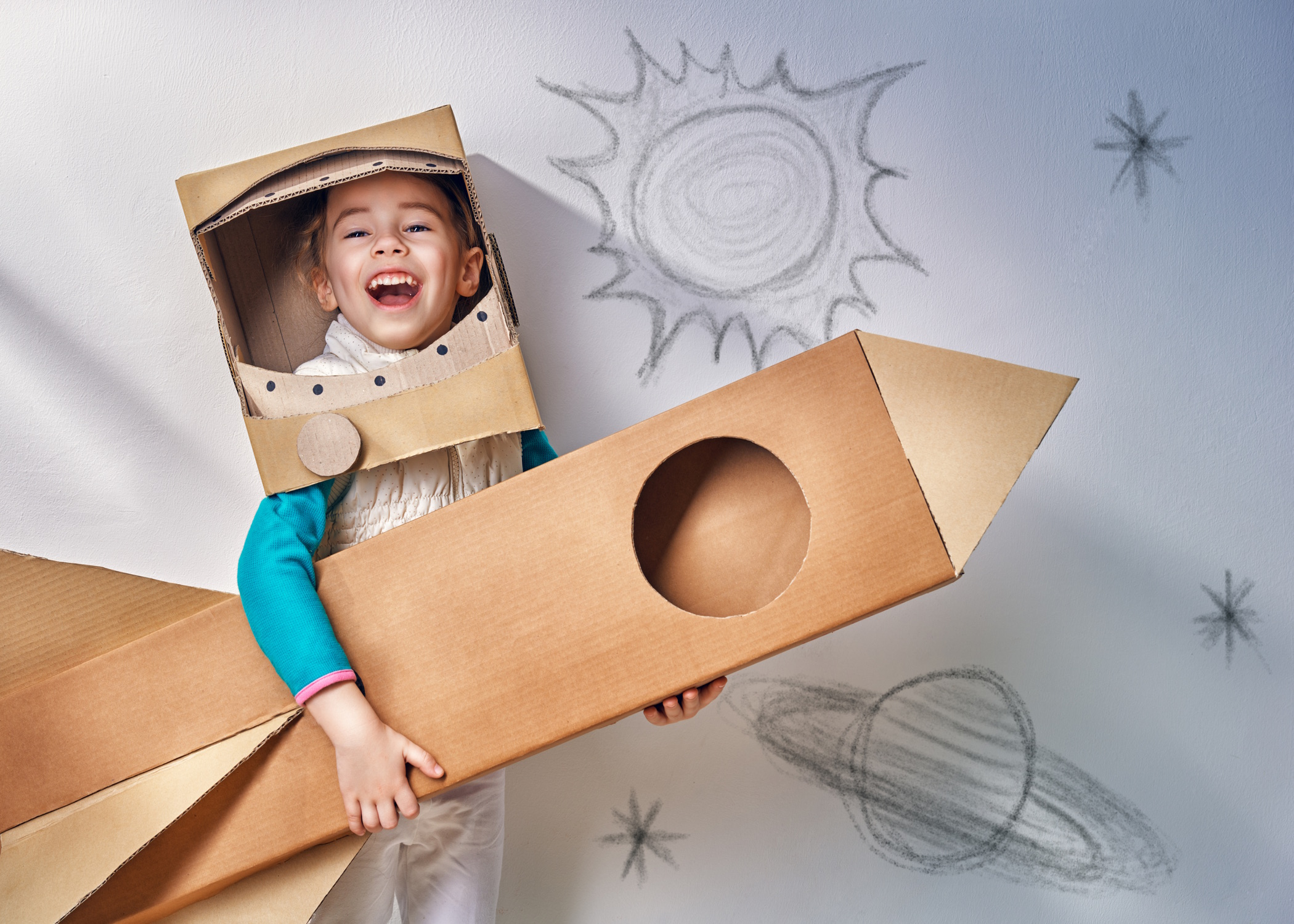 “Fun is an elixir of spontaneous ideas. Solutions that seemed so elusive earlier appear effortlessly in the midst of play. To engage in the kind of play that stimulates ideas, mortals need to take themselves less seriously and make room for making things up, kidding and goofing off.”

So says Jill Badonsky, author of The Nine Modern Day Muses and a Bodyguard.

We live in a time when “play deficit” is an actual phrase. Consider this from a 2007 report by the American Academy of Pediatrics on the importance of play: “Play is so important to optimal child development that it has been recognized by the United Nations High Commission for Human Rights as a right of every child.”

The Alliance for Childhood is a Maryland-based nonprofit organization that, among other issues involving children’s well-being, works toward the goal of restoring play – the non-electronic, non-structured kind. According to the Alliance, child-initiated play helps with physical development, academics, social and emotional learning and happiness.

So, why don’t we play more? Dr. Kathy Hirsh-Pasek has a theory: fear.

“We as a society run scared,” says Hirsh-Pasek, director of the Infant Language Laboratory at Philadelphia’s Temple University and the author of Einstein Never Used Flashcards: How children really learn and why they need to play more and memorize less. “The parent is worried about how they are going to make their child smart enough, good enough.”

And the need for play isn’t just for those five feet and under in your household. Everyone can benefit from a game of capture the flag or dressing up the family dog.

Jessica L. Shepard, a licensed professional counselor and founder of Ultimate Life Counseling in Fort Worth, sees many families struggle with the idea of fitting play into their family life. The mother of an 8-year-old came to Shepard for help. The mother had taken away the child’s Disney Channel time because she simply wouldn’t listen. Shepard suggested the mom ask what the girl would like to do in place of that time. To the mother’s surprise, the girl said family game night. The family reinstituted a forgotten tradition, and the girl’s behavior improved.

“People are forgetting the importance of having that interaction with their child that is stress-free, time when you don’t have to assume your role as a parent and children just look at you as a regular person for a little while,” Shepard says.

Hirsh-Pasek, who spoke recently at the Fort Worth Museum of Science and History, offers these play tips:

Give up control: Yes, put your iPhone and child development books down.  Remember, children are explorers: “Let the organic happen. If your child wants to stop to look at a slug and you hate slugs, it’s OK to have a conversation about it.”

Embrace boredom: “Our children learn to be managers when they think they’re bored. They have to learn to fill their time and organize their time and not always look to the parent to fill it.”

Take a drive on bulk pick-up day.
The play begins as you drive around with your child, scouting out treasures among your neighbors’ trash. Jackpots to look for include: boxes, chairs that could use a colorful paint job and wood ready to be transformed by your little carpenter.

Create a year-round Halloween box.
Start with your Halloween costumes and keep adding. Even that furry dog costume your son wore when he was 4 makes for a funny too-small costume when he’s 7.

Take it outside.
If your kids are old enough to fend for themselves, kick them out. If not, sit on the porch while they explore the offerings of the season.

Last winter, Jill Bryan, a Dallas creativity coach and founder of Creative Oasis Coaching, found herself snowed in with her 11-year-old daughter. Together, they shared “Boho Snow Day,” turning their dining room into a Soho-esque artist loft and themselves into bohemian artists who wrote in their journals, listened to cool music and designed artistic trading cards.

“There are no right and wrong ways to play like this,” Bryan says. “You learn to make up your own rules, come up with your own ideas of what’s fun. A bunk bed or a cardboard box can become a pirate ship, a covered wagon or a spaceship. This is a good way for children to come up with their own ideas, songs, stories, etc. – skills that can be useful throughout life.”

Shepard recommends carving out 30 minutes twice a week with your children, once a week for older kids. Cell phones, computers off; doorbells unanswered.

“And that doesn’t mean 30 minutes chatting it up about why your child isn’t getting his homework done,” she says. “Eliminate all of that stress and focus on something fun with your children. How interested are you in having a really deep bond with your child? That’s what you’re creating in that time. How much is that worth to you?”

This article was first published in the March 2012 issues of DallasChild, FortWorthChild and NorthTexasChild. ©ISTOCK