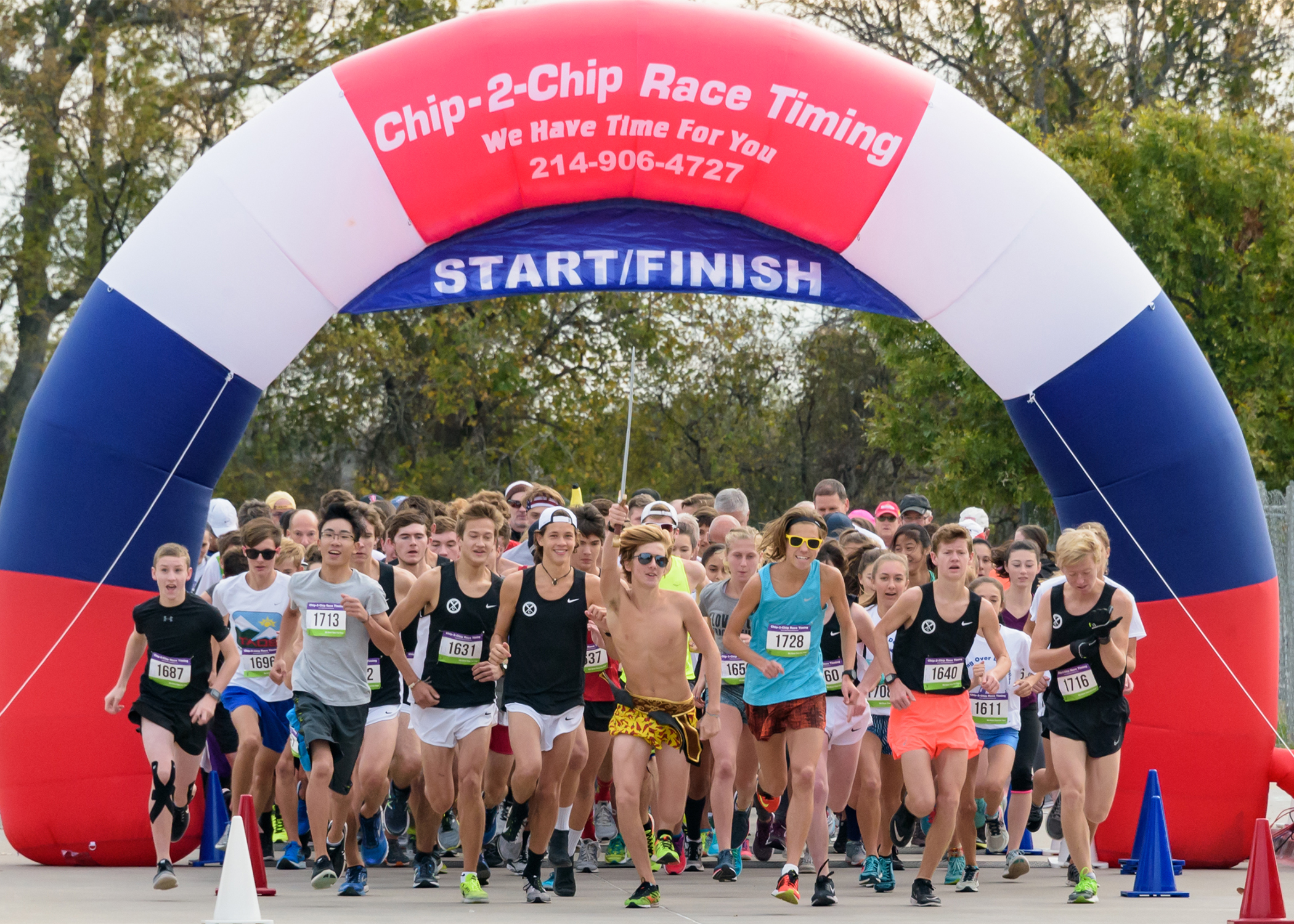 Lovejoy is a fitting name for the 5A Collin County high school where three seniors are raising awareness on an important topic. For the past year, Carson Hockersmith, Michael O’Brien and Brett Pedersen have been planning and organizing Running Over Depression’s annual 5K and 1K Fun Run. The event, which helps raise money and awareness about depression, was created by their cross-country teammate Bradley Davis, who lost two friends to suicide. Now in its third year, the aforementioned trio is lacing up their running shoes and carrying on the tradition.

Lace up your running shoes.

Race day registration and packet pickup at 6:30am; 1K Fun Run at 8am; 5K race at 8:30am. Register on race day or online in advance at getmeregistered.com—search “Running Over Depression.”

If you can’t make the race, give to the teens’ cause:
American Foundation for Suicide Prevention
afsp.org/chapter/afsp-north-texas

How did you first get involved in Running Over Depression?

BRETT PEDERSEN: We were sophomores when Bradley started this, and he combined his passion for running with wanting to contribute to a great cause—this is part of the reason why we’re carrying on this tradition.
CARSON HOCKERSMITH: The three of us are on the cross-country team, so we’ve been participating in the run since it started two years ago. This will be our third run.

Why did you take leadership of the run?

MICHAEL O’BRIEN: We’re all three seniors and chose this to be our senior project. Since we all run cross country, it makes sense for us to carry on Bradley’s tradition. There have been suicides at our high school and middle school, so it has affected us.
CH: When Bradley first organized this run, I thought it was such a cool thing. It’s such an important topic, I think, raising awareness about suicide prevention and teenage depression. It’s such a good cause, and I wanted to do my part to get the community involved.

What have you learned along the way?

BP: Part of our senior project was to do research on depression and suicide, and, if I remember correctly, almost 50,000 Americans die of suicide every year, which is quite a staggering number. We’re trying to do our part to fix this issue.

What are your goals for this year’s event?

MO: We want to raise as much money as we can, using sponsorships and getting as many people out on the run as possible. We also want to raise awareness, and all of our funds are going to the American Foundation for Suicide Prevention.
CH: We want to give more than last year, which was around $10,000. We’re also hoping to grow the run each year and keep on passing it down to the next seniors who are passionate about the run and cause.
BP: We’re hoping to get between 100 and 200 people to attend the run.

Have there been any surprises or challenges?

MO: It was expected, but getting sponsorships. You have to go to different businesses, and sometimes they won’t respond.
BP: The challenge I’m facing is being singled out to speak at the next pep rally.
CH: We’re a 5A school, so he’ll be speaking to about 1,300 students.

What would you say to someone suffering from depression or thoughts of suicide?

BP: I would tell them to reach out for help. No one has to suffer through this alone. [National Suicide Prevention Lifeline: 1/800-273-8255]

Why is this important to each of you?

CH: It’s important for me because suicide and depression have affected our school, and I think putting on this run and drawing attention to the cause is good for our community.
MO: We want to spread awareness, but also, as a freshman, I watched one of my senior friends struggle with suicidal thoughts. He eventually got help, but it’s important to understand that people you don’t even expect may be struggling with these issues.
BP: I don’t know anyone who has been affected by depression—at least I don’t think I do. But I have to put myself in the shoes of those who have been affected, and that’s why I’m doing this.

Who has the best mile time?

MO: That would be Brett.
CH: Yeah, Brett has the best mile time.

Brett, is this true?