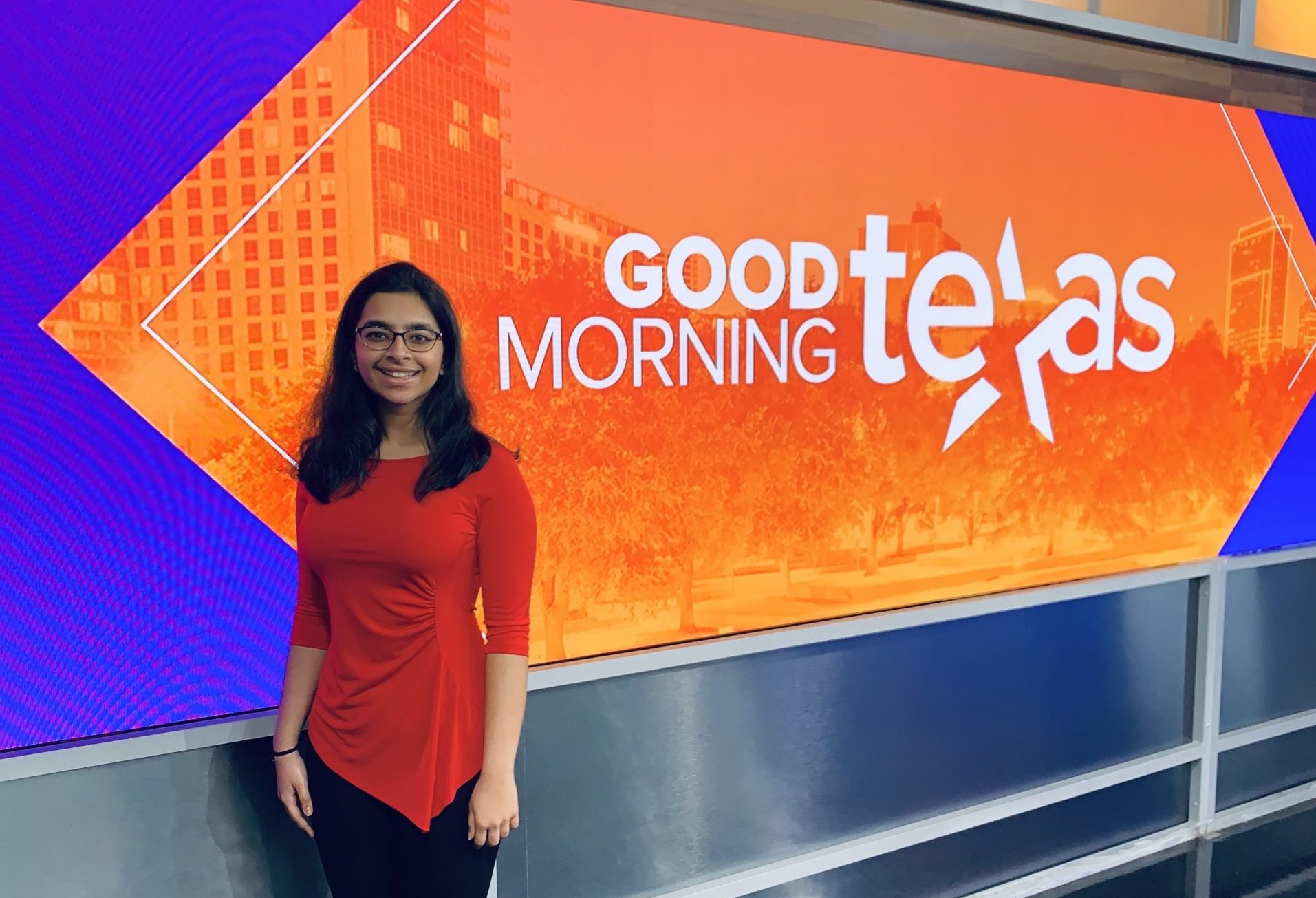 As a child, did you know what you wanted to do when you grew up? Did you have that one particular thing that just really called your name? What about your kids? Do they have an interest that truly speaks to them? Or do they have many? If that happens to be the case, they’re not alone—and that’s a good thing. Just ask high school senior Smrithi.

Coppell teenager Smrithi is the definition of well rounded. She’s a flute and piccolo player, member of the Greater Dallas Youth Orchestra (GDYO), student at the University of North Texas TAMS (Texas Academy of Mathematics and Science) program in Denton, two-time national spelling bee participant, and we can’t forget, recently published author (you can find her book for sale on Amazon).

For Smrithi, these accomplishments aren’t just hobbies. “I want to double major in biology and flute performance,” she says. “I thought it was a strange combination at first, but after I did some research for college, I found that music and medicine together is more common than I thought. There’s a doctor’s orchestra in Houston, and plenty of opportunity for people to do both. So I saw I wasn’t alone in that. Finding that orchestra was a major inspiration for me.”

To further her ambition, Smrithi has performed with GDYO for three years. “It brings together some of the best musicians around the area to play together,” she says. “It’s great to play with people that are on the same level. We get to play pieces that students in high school don’t usually get to play.”

When it comes to the spelling bee, she considers that activity to be one of the most important. “The spelling bee made me good at not wasting time,” Smrithi explains. When she made it to the national platform—in seventh and eighth grade—she realized how much confidence this stage gave her. “It was an amazing experience, very nerve-wracking; being on ESPN and knowing a ton of people are watching you, but I made a ton of friends.”

And don’t forget the book. “I have a ton of unfinished books, but I finished one recently and went through a lot of publishing options and finally settled on one,” she says. Her sci-fi book follows a “math nerd” and his quest to save the world. “I think it was really important to have someone like him be the main character,” she explains. “They’re always on the team of heroes, but just on the side; I’ve always been disappointed by that. I want them to get to be the hero too.” Overall, it took her just a year and half to finish the story, and then only a few more months to get the cover and formatting taken care of before publication.

Oh, and then there’s her academics. As a sophomore, she applied to the UNT TAMS program—complete with a college-like application, submission of ACT and SAT scores, even an interview. “You attend as a junior and senior, live on campus, take all college classes; you get an early college experience,” she says. “I feel like it’s been really helpful in learning how to balance academics and extracurriculars…[and] especially in the social and independence aspect. I’ve had to figure out how to balance that with laundry and figuring out what to have for dinner—things I took for granted at home. It’s been very valuable to get to do that two years early.”

So how has she balanced it all at such a young age? “I love to do everything,” she explains. “I’m naturally a super organized person. Before I go to bed every night I plan out every hour of the next day. It makes me uncomfortable to not know what I’m doing next.”

Essentially, she highly recommends (and hopes) that others will follow in her footsteps—doing a variety of things while they’re young and ultimately discovering their passions. For Smrithi, music is the background for it all.

“[There’s] so much research about music and learning; music makes you think in ways academics doesn’t,” Smrithi explains. “It’s so helpful if you want to be in science or be a researcher because that involves a lot of independent thinking, and being in the arts shapes you and teaches you collaboration that you can’t learn in any other way. It’s very different from like a school group project—you learn how to trust others and pull your weight; there’s no hiding in chamber music.”

If she had a bottom line, it would be this: Get out of your box. “Acknowledge there’s so many things to do with life,” she says. “The various areas will help each other, not hurt, so don’t let yourself be defined by one thing—be surprised by how it all can benefit you.”