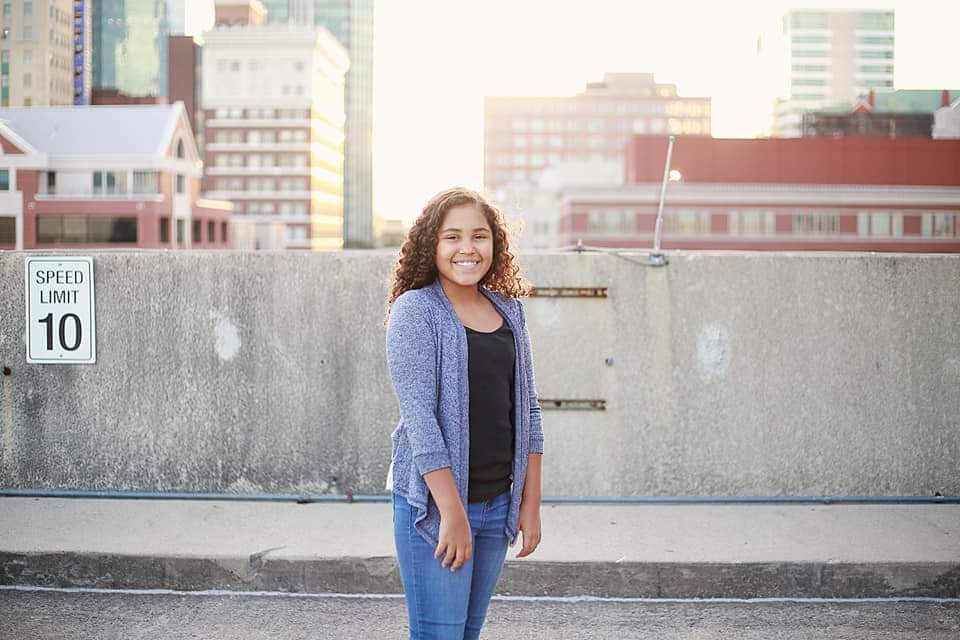 Ever sat down and turned on the TV to watch a cooking show or cooking competition? The chefs participating always make it look so easy. The way they chop and sizzle looks so effortless, like it took them just a few hours to figure out. And then, of course, the food itself is always beautiful when it’s plated and presented to the judges. Such artists!

In recent years, little chefs have been getting in on the action with these cooking competitions. There are numerous shows to watch, take your pick from Masterchef Jr., Racheal Ray’s Kids Cook-Off, Food Network Star Kids, Kids Baking Championship—you get the picture. In fact, Fort Worth local Kaylee, 12, won an episode of Chopped Jr. this past spring.

Kaylee was fairly young when she started working her skills in the kitchen. She would help her grandmother during the holidays with parts of the meal, and as she got older, Kaylee started helping her dad and uncle in the kitchen, too. Her absolute favorite dish to cook is steak and egg tostadas. Yum!

In the last three to four years though, she’s gotten more serious with her cooking. Her mom, Kerry, works full time and runs a, as she dubs it, ‘foster family closet,’ which gives foster families who can’t afford clothes the opportunity to receive some, out of her garage during the week, along with taking care of Kaylee and her two siblings, a 2-year-old sister and 5-year-old brother. With so much going on, Kerry has needed help in the meal department, so Kaylee put on the apron with gusto. Regularly helping in the kitchen gave Kaylee all the practice and confidence she needed in order to compete on the show.

In fact, finding out Kaylee would be on the show was a total surprise. She applied two years ago but never heard anything back. Kerry admits she forgot about it because it had been so long since applying, so when she received a call in January from New York City, she didn’t answer. “I didn’t recognize the number, since it was from NYC, so I just sent it to voicemail,” Kerry says. “Then I listened to the message and heard it was from Chopped Jr. and got so excited.”

When she told Kaylee about the news, Kaylee said her mom was so serious she thought someone had passed away. Thankfully, that was nowhere near the case. When she learned what was really going on, she cried out of sheer joy and excitement. Two to three weeks later (talk about a whirlwind), the family flew to New York City for the filming. The whole competition was neck and neck and a complete blur to Kaylee. When she won the whole thing, Kaylee was over the moon. “Victory tastes like ice cream,” she said.