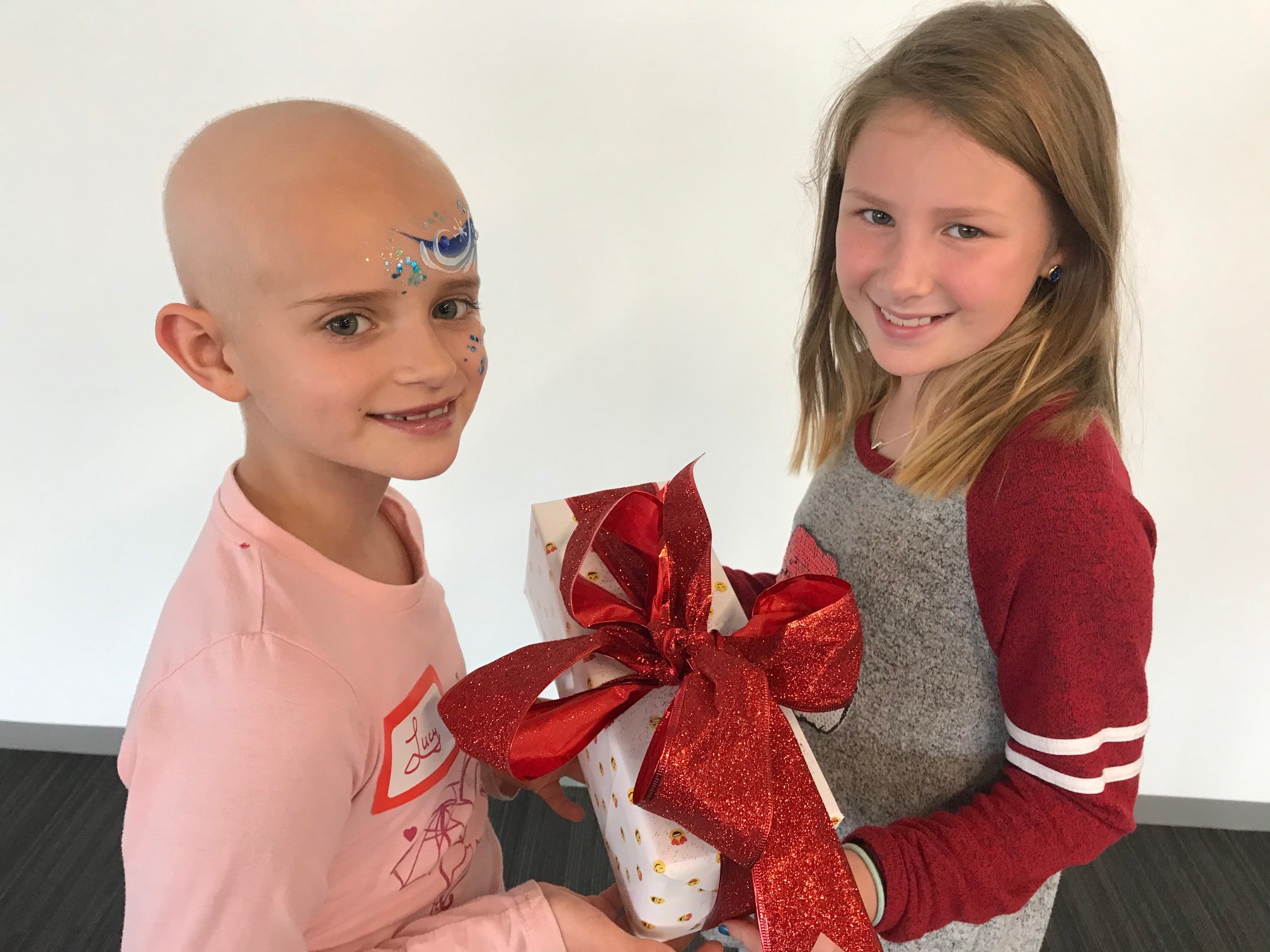 Birthdays are a big deal for kids. It’s a time when the attention is all on them. Of course, birthdays also tend to come with parties, cakes, presents, the whole shebang! So with all of those fun extras, it would be surprising for a child to instead say, “No, thanks.” Right? It would be even more surprising for a young child to also say, “Let’s raise money for charity instead.” For Kate Trizila though, there’s nothing surprising about it.

Kate, a 10-year-old from Dallas, uses her birthday specifically to help others. She began making her birthday a charitable event during her kindergarten year of school. Her school had a rule that if you had a party you either invited one person, or all of them. After talking with her mother Jo, Kate decided she wanted to have a big party with everyone. Knowing a massive party meant receiving a lot of things Kate didn’t actually need, her mom gave Kate three options: Kate could either receive all the gifts and keep them, Kate could keep half of the gifts and give the other half away, or she could ask for gift cards that she could donate.

Kate took some time to think about it (she was in kindergarten after all), and decided on the third option. “In our house, giving is always considered important,” Jo says. So Kate chose an organization close to her family’s heart: Heroes for Children, which helps families who are dealing with childhood cancer.

That tradition continued through third grade. Each year she’d collect $1,000 to $2,000 in gift cards that she would donate to one Heroes for Children family so they could have a great Christmas. (Kate’s birthday is in December.) “[She] loved presenting the gift cards directly to a family,” Kate’s mother Jo says.

This time, her fourth grade year, Kate wanted to do something different. Rather than raising money for one family, she decided to use her birthday to raise money for multiple Heroes for Children families. So her mother asked her how much she wanted to raise. “At first she said $10,000 because she’ll be turning 10, but she felt it was too big and settled on $5,000,” Jo says. (That’s still a lot of money.)

On top of asking for donations for her birthday, Kate wanted to find a way that would encourage others to give more. Jo tells us Kate began to think about items that she could make. They landed on sock gnomes. (How cute are these?) Each sock gnome was included with a donation of $100 or more. So far, they’ve made 70 gnomes and still need to make more. “Kate has been involved in every aspect of the gnomes, from making them and delivering them,” Jo says. 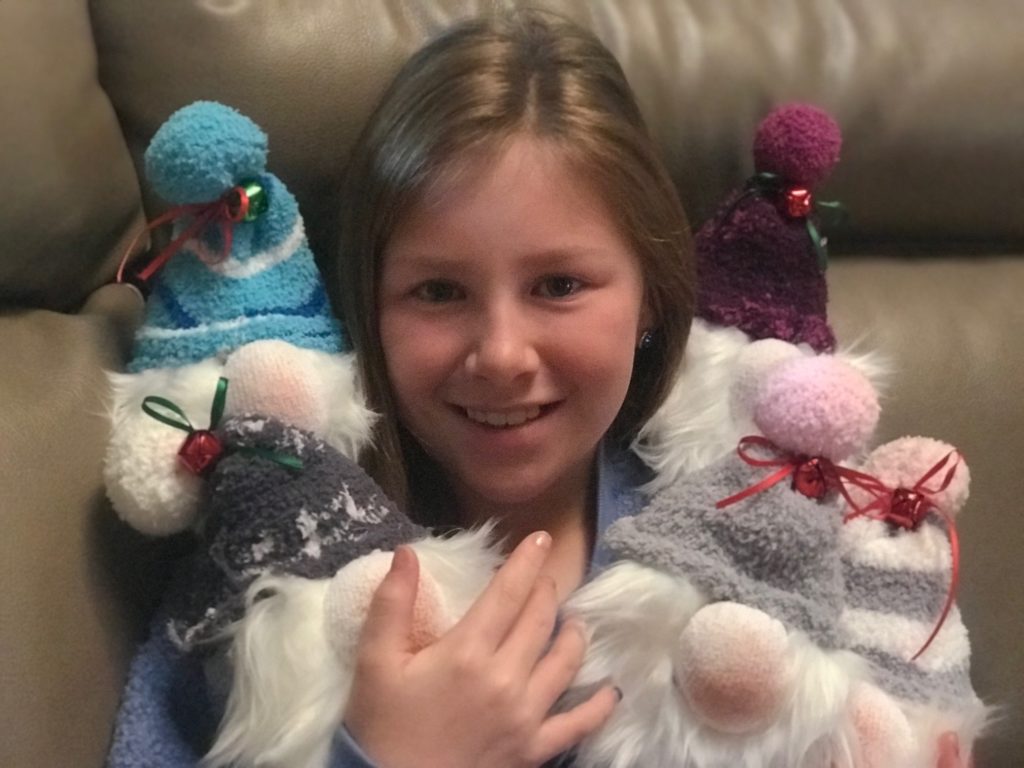 With her gnomes and the birthday party she held for the entire fourth grade at her school, Kate raised almost $5,000 in just two weeks. Naturally, she decided to up the goal. Now her goal is back at $10,000. (So far, she’s raised $8,086 with 91 donors. Can you imagine raising that much money at the age of 10?)

So what inspires this generosity? In Kate’s house, using the phrase “It’s not fair” is considered a bad word. “If we always compare ourselves to things we don’t have, then nothing will ever be fair. Let’s focus on what we do have. And that comes with a big responsibility,” explains Jo. In addition to donating to Heroes for Children, Kate has donated to other organizations through the years, including Operation Kindness and Jump Ropes for Heart. She’s also made donations that benefit the Dallas Police Department, worked with Girl Scouts and is part of Destination Imagination through her school.

Kate hopes her giving will inspire others too. “She talks about it all the time,” Jo says. “Most of the kids in her class know she’s involved with donations and charity; some of her friends were even involved in making the sock gnomes.”

Do you want to help Kate reach her goal? (Or even surpass it?) Click here.