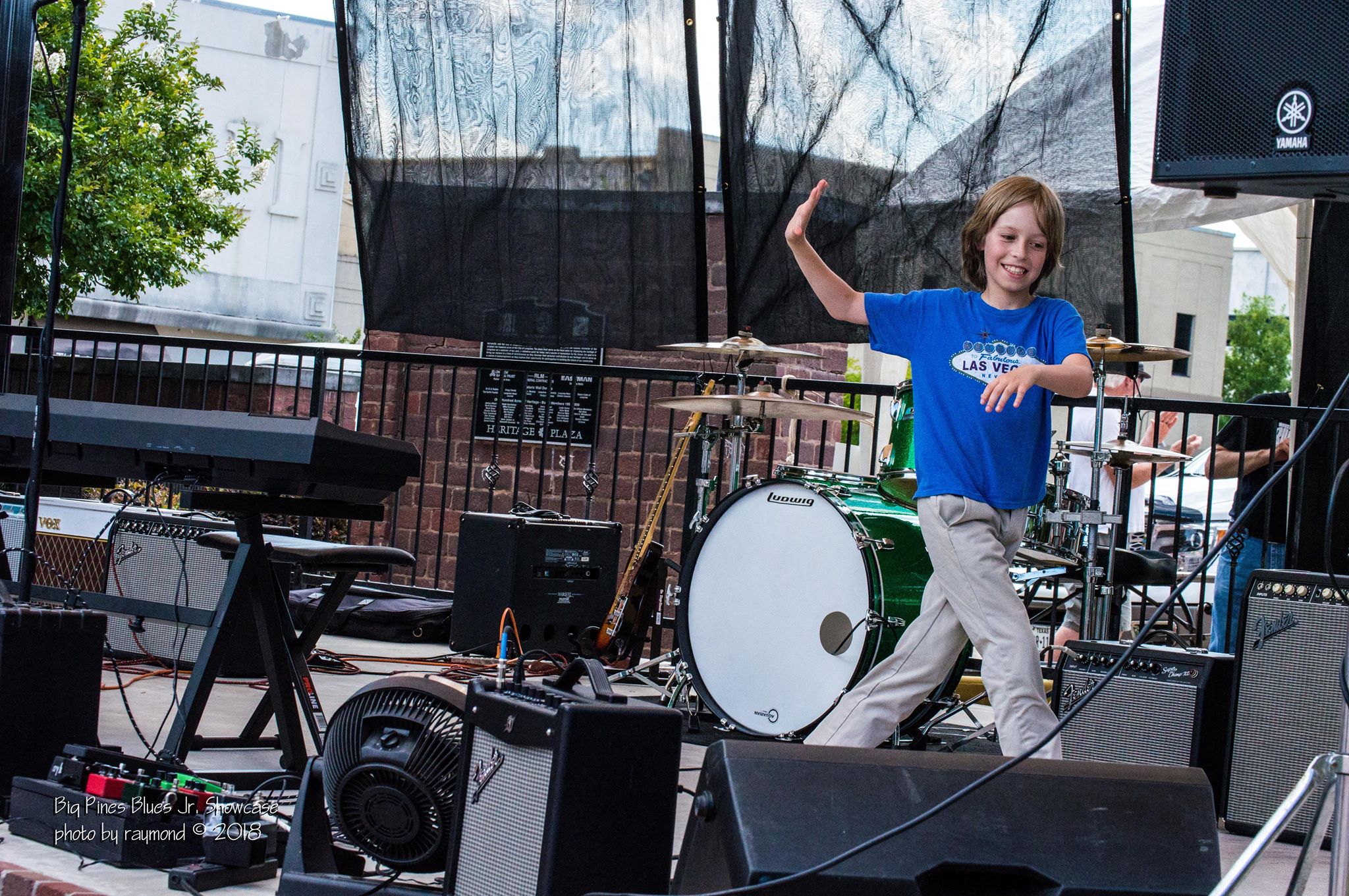 What do you think of when you think of blues music? Personally, I think of the late, great BB King or Ray Charles. Elton John’s classic, “I Guess That’s Why They Call it the Blues,” also comes to mind. What one doesn’t usually think of is a kid playing blues music. Blues is all about longing and lamenting; that’s a lot of emotion for a kiddo to express musically.

Such a challenge doesn’t seem to be a problem for this guy though—Dylan, AKA “Boogie Boy.” This kid is making waves in the local blues scene here in North Texas at just the age of 12. It all started at age 3 when Dylan’s grandmother would visit him and give him music lessons.

It became pretty clear early on that this kid is a natural. Even at such a young age, he was able to remember everything from his lessons with his grandmother and discovered he has perfect pitch.

As he continued studying music, he began to enter contests and talent shows in elementary school. Outside of performing, he also won a music composition competition. Some of these contests even allowed him to perform at a national level in Las Vegas and Washington, D.C., as well as being featured on media outlets such as FOX and CBS. When asked about if being featured on TV made him nervous, his mom, Christine, simply said, “Oh no. Not at all.”

Dylan is already a pro. To prove that, he recently won the Dallas Blues Society Challenge at the professional level and will go on to compete in the same challenge in Memphis, Tennessee. Oh, and for the second year in a row, by the way.

Such a young talent must find inspiration somewhere, right? Some of those who inspire Dylan include Julie Bonk, local teacher (who also taught Norah Jones, no big deal), Anthony Geraci, and Chuck Leavell of the Allman Brothers. Perhaps the person he looks up to the most though is Pinetop Perkins—a late blues man who has a camp in Clarksdale, Mississippi, that Dylan attended, where he even received a scholarship. Dylan likes to think that Pinetop is listening to him from up above, wanting to hear Dylan’s new songs.

Because Dylan has been so inspired by music, he wants to share that with others. In fact, he wants to make “a zillion CDs for kids” all over the world. If you’d like to see him play, he’ll be performing on September 22 at the Music City Mall in Lewisville.

He also has a new video series he’s created where he uses his time to teach kids about music in all its forms from blues to jazz to classical. He calls it, “Dylan’s Marvelous World of Music.”

Dylan likes to say, “Blues is all about feeling good when you’re feeling bad,” and to share blues and other music types has made him realize it’s “not all about him, [and] there’s a higher purpose” for his talents.