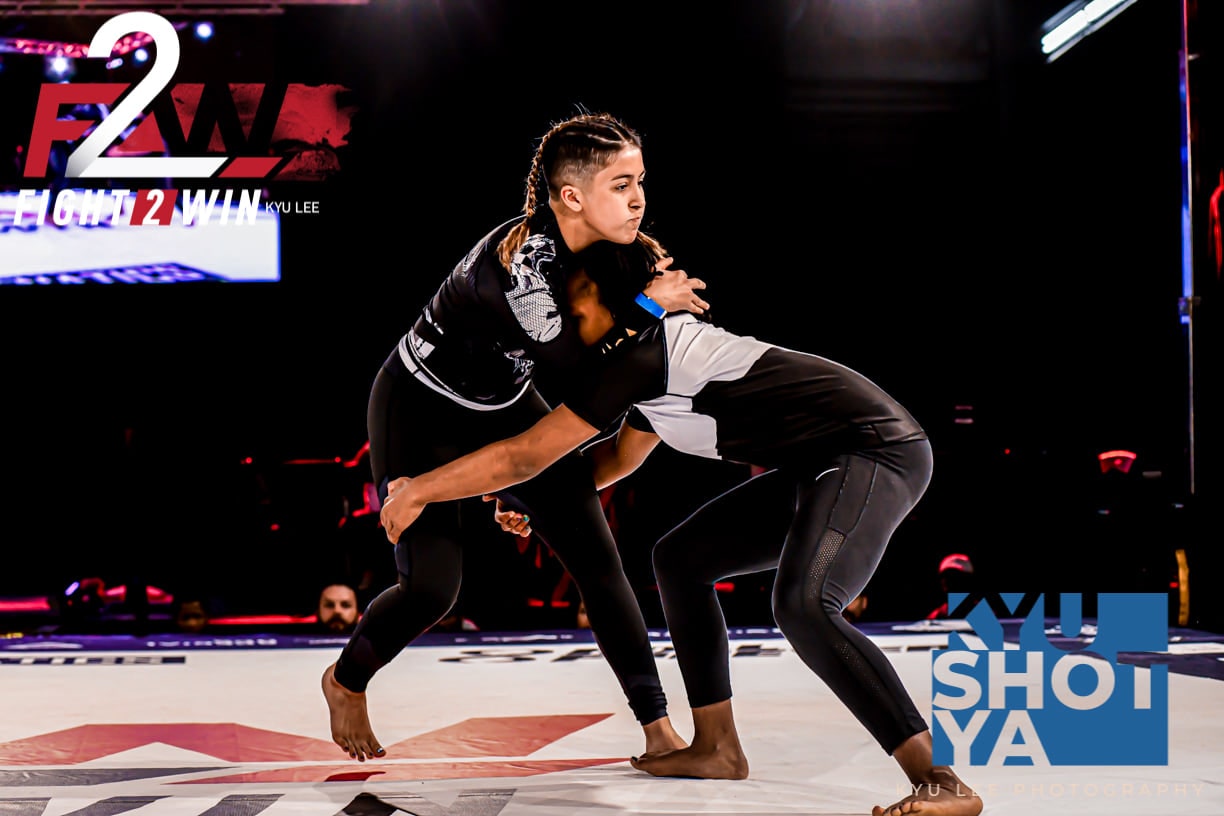 Do you know anything about mixed martial arts (aka MMA)? If you’ve watched one or two bouts (or even just a few clips), you’ll know how intense it is. One of the most famous fighters out there right now is Conor McGregor. He’s a total pro, and he gets pummeled. They all do, even the winners. What we’re trying to say is that MMA is not for the faint of heart. But the hard hits don’t faze McKinney resident, Abbigail Staples. The 13-year-old is not only aiming to be a world champion one day, she also wants her sport to be used for good—for fighting cancer.

Abbigail—who goes by Abbi Raye—began her MMA training (first with Brazilian Jiu Jitsu and Muay Thai) when she was 8 years old. She hopes to soon put her training to use in the cage with some out of state tournaments. (Texas doesn’t allow MMA competitions until kids are 16.) 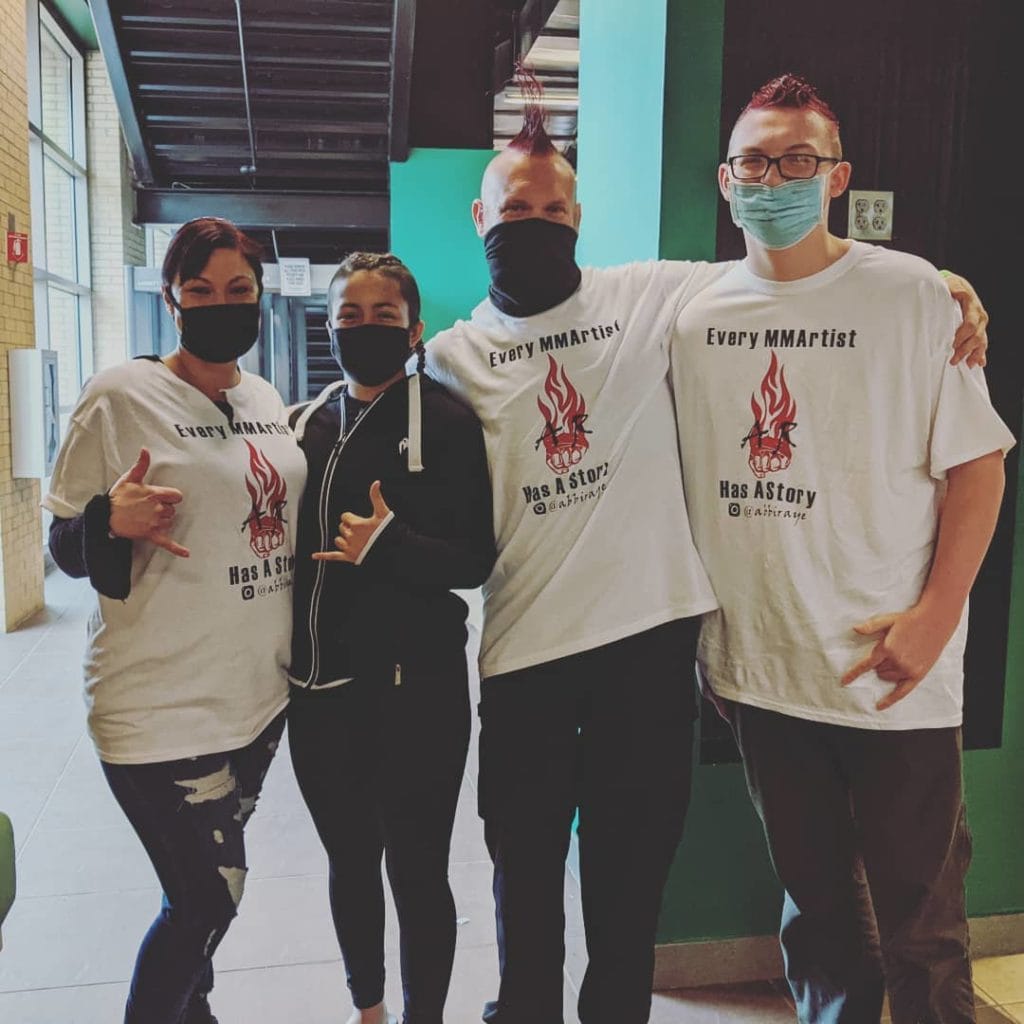 During Abbi Raye’s training, she learned that most of the MMA athletes she meets have unique stories and journeys. Abbi Raye has a story too, and it involves cancer.

In 2016, Abbi Raye lost her mom to alveolar soft part sarcoma (ASPS), a rare “childhood” cancer—there are approximately 80 cases a year diagnosed in the United States. Abbi Raye’s mom was only 25 at the time. That tragedy is what drove Abbi Raye to learn to fight.

“When my mom passed away, I was angry and went through depression,” Abbi Raye says. “That’s why I decided to start training. I told my grandma that I wanted to be a WWE wrestler, and she asked me if I wanted to try boxing. I did, and I loved it. Boxing was a way to get out my anger, but when I started with BJJ and Muay Thai, I loved the adrenaline rush. It made me feel better. It gives me discipline and self-confidence.”

Her training gave her a new support system as well. “I’ve [learned] from some UFC pros like Alistair Overeem and Chris Gutierrez,” she says. “My gym family at The Martial Arts Laboratory in McKinney push me to be better and support me so much. My coach, Don Turnage has opened a lot of doors for training with professional Muay Thai fighters and UFC coaches. I’m grateful to have such a supportive group of people and family. The support that I receive encourages me to continue to push to make my dreams reality.”

With that support behind her and a world championship goal in front of her, Abbi Raye felt empowered to use her MMA training to help others. “I want to help fundraise so that others don’t lose their mom, dad, brother, sister, son or daughter like my brothers and me,” she explains. “It’s hard to lose your mom. I don’t want other people to feel that pain. So, it’s important for me to help. Every single dollar raised for research can help someone keep their family member.”

​She’s raising funds by designing special T-shirts. The shirts say “Every MMArtist has a Story,” and were designed to encourage conversations about what athletes have been through and what inspires them.

This year, Abbi Raye’s goal is to raise $5,000 for Tap Cancer Out. ​Tap Cancer Out is a nonprofit that hosts Brazilian Jiu Jitsu opens across the country and donates to cancer victims and their families. So far, Abbi Raye has already raised $2,200.

“My goal for 2022 is to launch my T-shirt brand, called AR15 (AbbiRaye15),” she says. “A few people already have my T-shirts, but when I launch, I will dedicate a portion of all proceeds to go to research for ASPS. Hopefully, someday, my platform will be large enough to spread more awareness for this cancer and be able to donate enough to research so scientists can find a treatment that really works, or better yet, a cure.”

Want to get involved or buy one of Abbi Raye’s shirts? Donate $25 and you’ll receive your own shirt while the proceeds will go to Tap Cancer Out (email her at abbiraye15@outlook.com). For more information about Tap Cancer Out, click here. You can also follow Abbi Raye’s MMA journey on Instagram at @abbiraye or Facebook.