How to Throw an Arts and Crafts Party - DFWChild 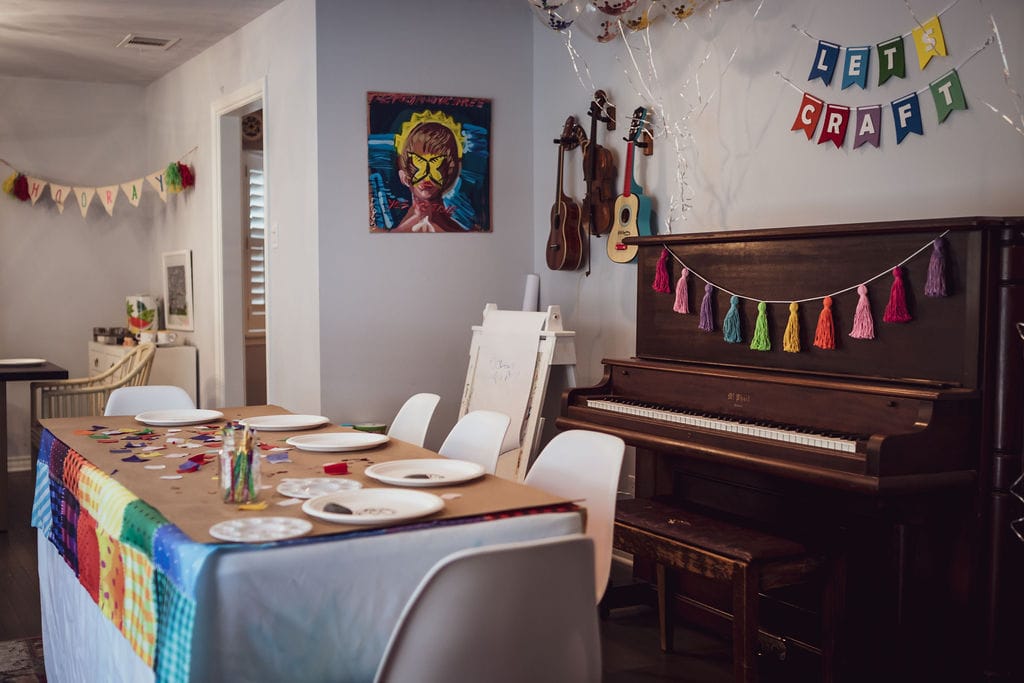 Remember the good ole days of camp crafts? We’re talking friendship bracelets, rock painting, the works. Everything was so uncomplicated. Well, one Dallas mom believed today’s kids could benefit from that approach. 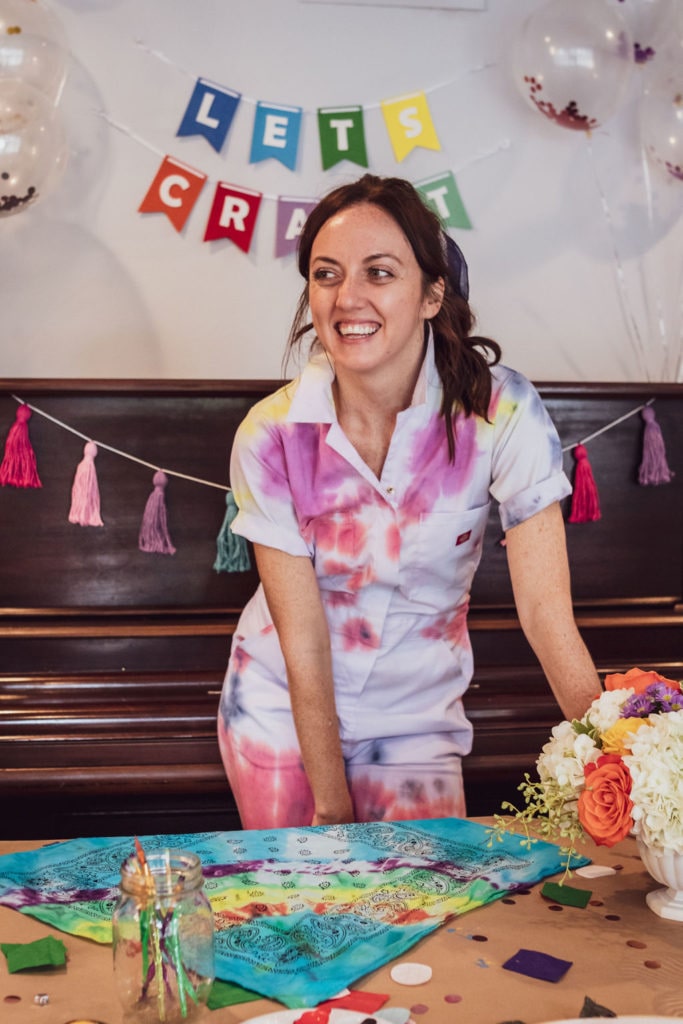 Sporting a tie-dye jumpsuit, Lilly Neubauer threw a celebration for her daughter Heidi, 5, dubbing it a “Back-to-School Craft Jam” at their home in Preston Hollow. The party marked Heidi’s transition to kindergarten while serving as the ceremonial launch of Camp Crafty Parties, Neubauer’s new business. (She previously planned events as the director of marketing for a Dallas-based retail company.)

“Growing up in Preston Hollow, childhood was pretty blissful in its simplicity,” Neubauer says of the inspiration for her venture. “To see each other, we’d often just set out on our bikes, ringing doorbells and picking up more neighborhood friends as we went along. Parties were almost always at our family homes with a simple activity for fun, like a craft or taking turns making up dances.”

So she brought back that simplicity for the Back-to-School Craft Jam. The festivities included eight kiddos, with both children and parents encouraged to “come as they are,” Neubauer says. (In other words, they wore clothes they weren’t afraid to mess up.)

“Let’s craft,” read a rainbow string of letters hung above rainbow tassels. Fastened to both sides of the nearby piano were confetti-filled balloons. While one craft director led a beading and rock-painting table for little ones, another led a floral design workshop for the parents—though there was plenty of mingling between tables, with parents also trying the kids’ crafts. 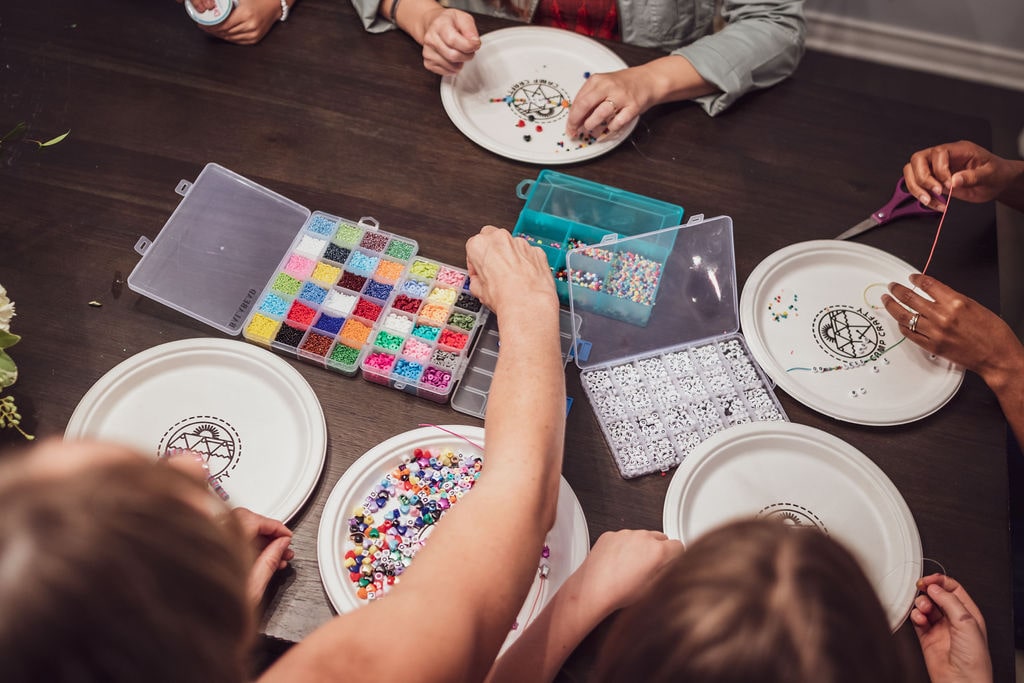 Neubauer, her husband and Heidi handled all the decorations. Some of the decor, like the “Let’s craft” garland, was Neubauer’s original work; other items came from Amazon. Guests feasted on cookies (chocolate chip, homemade by the Neubauers) along with a party turkey sub (the No. 3) from Great American Hero. “There’s something that is casual fun about having a big party sub out for people to enjoy,” Neubauer says. “It’s also a hearty treat for the price.”

Once all the rocks were painted and the final bead was threaded, the party wrapped up. Heidi’s favorite part was being able to chat with friends while doing a fun activity, and she loved that her friend Bailey made a bracelet that she wore the next time they played together.

The party was a hit for Neubauer too. “I felt really good about what we had accomplished when, over four hours later, our guests were still making art or so filled up with energy and ideas that we stood around the counter and had deeper conversations about our dreams,” Neubauer says. “It was a really special afternoon. I know I’ll cherish [the memories] for years to come.”

Photos courtesy of B Family Films. 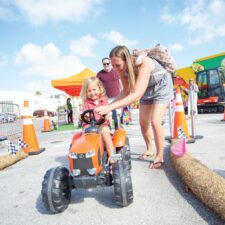