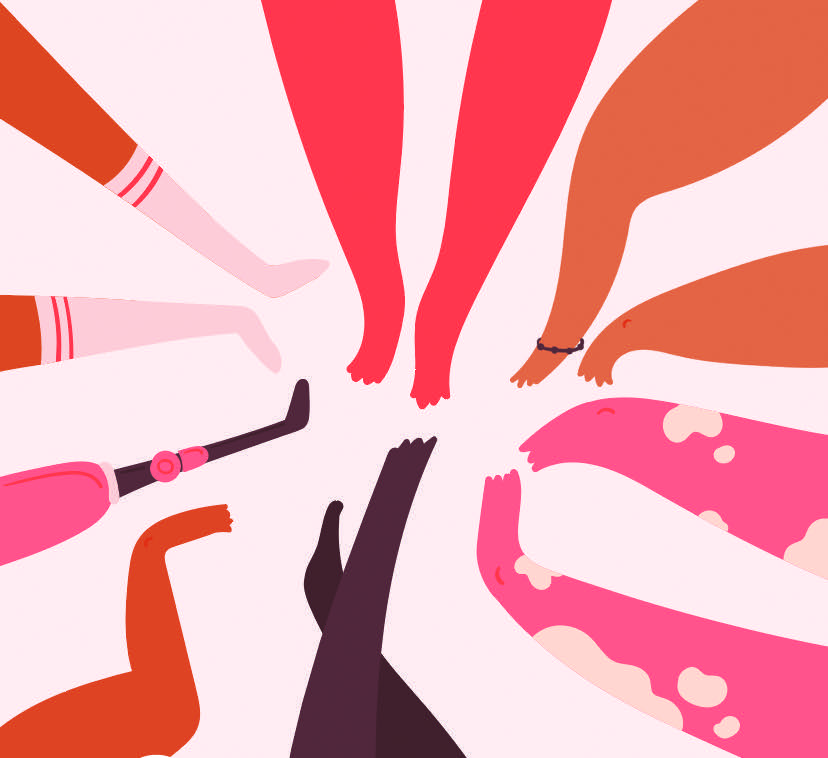 As parents, we know all too well that children have a million questions. They are instinctively curious and ask things sans filter. But what happens when those questions are about—and perhaps voiced in front of—someone who has special needs?

“Why does his voice sound funny?”

Local mom Brittany Lopez is very familiar with the looks and remarks that come from inquisitive kiddos.

“My son—he just turned 4—has autism and is about a year behind,” Lopez says. “My sister has intellectual disabilities. She’s 30, 31 now and functions around a 5-year-old level. Growing up with her, you definitely dealt with stares.”

As a special education teacher for 10 years, Lopez worked with children who had mental health and emotional issues, learning disabilities, autism spectrum disorders and intellectual disabilities. Putting neurotypical children at ease around those kids starts with your own actions, according to Lopez.

“A lot of it really will have to do with the parent,” she says. “It has to do with you as the adult building an environment of inclusivity. You have to model it.”

That might look like inviting a kiddo who has special needs over to play with your child. But first, it’s emphasizing to your child that we’re actually all different––and that we connect with each other not by pointing out those differences, but by finding commonalities.

Kids Are Different, But the Same

Alice Bryan is a Farmers Branch mother of five, including 5-year-old twins Luke and Zach. Luke is neurotypical, and Zach has Down syndrome. Although they are physically different (Zach comes up to Luke’s shoulders), Bryan reiterates to her sons that there is nothing wrong with that.

“We come in all shapes, sizes and colors,” she says.

Even though we explain to our children that being different is OK, they might still have questions and slip-ups. Bryan recalls an instance when Luke was staring at a child in a wheelchair.

“I’ll just say, ‘They need a little extra help sometimes,’” she says. “I teach them it’s OK to ask questions, but it’s not OK to make fun.”

Bryan welcomes questions about Zach as long as they are offered respectfully.

“I don’t mind if a child comes up to me and asked me why Zach’s eyes are different,” says Bryan. “I would probably take offense if they said that he looked ugly.”

When your child does notice differences, your tone is critical. “If you yell at [your child]—because I’ve also seen that; ‘I told you not to be staring at them!’—that’s not going to help,” explains Hernandez.

If your child asks questions about a peer with special needs, straightforward, age-appropriate answers typically put the issue to rest.

“I think we sometimes as adults forget that kids can still understand certain things,” says Bryan. If answering a question about a child with Down syndrome, “you don’t have to go into the whole triplication of the chromosomes,” she says. “You can just say, ‘He has Down syndrome. It’s a medical condition that makes his eyes shaped different.’”

Special needs don’t have to be a barrier to meaningful interactions. You can take the lead in finding a way for your neurotypical child to connect with a child with a disability. Lopez helps her son’s peers understand how they can play together despite his autism.

“Other kids say, ‘Why isn’t he talking to me?’” Lopez notes. “I say, ‘Well, it’s hard for him to talk, talking is hard—but, you know, he’s really good at these puzzles right here. We can sit down and do puzzles together.’”

“If you can open doors for communication, then kids will see that it’s not such a big thing to focus on the difference,” Hernandez agrees. “We see it out here in the waiting room a lot. Disabled children with other children that sit down and color … they forget that they’re so different.”

You can also redirect your child’s language and thought processes to look at others’ differences as evidence of their strength.

“Luke sometimes will point out differences,” Bryan says of her twins. “Like, ‘Zach can’t say words as good as me,’ so I started to explain that you don’t point out what he can’t do. I said, ‘What you don’t understand is that Zach works twice as hard to do what you do.’”

At the end of the day, remind your littles that they’re looking at another kid just like them.

It all comes down to the golden rule.

“Treat others as you want to be treated,” Hernandez says. “Everyone is gifted, everyone is creative in our own way, and [we should] teach that to our children more and more.”

If your kiddo does something uncomfortable when interacting with someone who has a disability, here’s how to respond

Be kind and calm. Stay away from hastily reacting to your child’s actions, and instead kindly redirect their attention. “Not in any abrupt way, or yelling at them, but just gently tell them, ‘It’s not polite to point, it’s not OK to stare, so let’s just sit down for a minute and talk,’” advises Janette Hernandez, family therapist with Cook Children’s McCart Neighborhood Clinic.

Talk it out. Once you have your little’s attention, give them some information.

“Explain to them, in a nice tone, in a whisper tone, what the child might be up against,” Hernandez says. “This happened just here the other day in the clinic with a little boy [whose] legs were truncated. A little boy was staring at him, and his mama was like, ‘OK, I don’t want you to stare, but let’s talk about how the body is formed inside.’ She [did] a wonderful job of explaining you don’t know exactly what’s going to happen when the baby is born, but that the baby is just as special as the other children.”

Make a connection. If you have the time and opportunity, connect with the parent and child.

“Apologize and have a conversation with your child and the disabled child,” Hernandez says. “If you can open doors for communication, then kids will see that it’s not such a big thing to focus on the difference. But that, ‘Hey, we both can sit down and color.’”

Kelly and the Great Pinewood Derby
Dallasite Jordan Burk—a caregiver to his uncle Kelly, who had Down syndrome—authored this book that touches on our differences and similarities. The story stars a character named Kelly (who has Down syndrome) and his trusty koala friend Professor Kelso.
kellyandkelso.com

Sesame Street
The beloved children’s TV show debuted Julia, a muppet who has autism, in 2017. Go to Sesame Street’s website find interactive games, videos and stories that enable discussions about what it means to be on the autism spectrum and how we can celebrate those with differences.
autism.sesamestreet.org

Just Ask
Written by Supreme Court Justice Sonia Sotomayor, this picture book introduces characters with an array of differences, such as dyslexia, Tourette syndrome and autism. The book uses the metaphor of a garden to explain that we’re all different—and special too. Available in Spanish and English.
penguinrandomhouse.com

To Be Like Me
This two-hour program, created by local professionals-slash-moms, focuses on awareness of different abilities. Participants go through simulated situations (a classroom, a flight, a restaurant) to learn how to better interact with people who have disabilities and learning differences. The program is offered at Tolleson Family Activity Center in Dallas.
tobelikeme.org