How to Raise a Voter - DFWChild 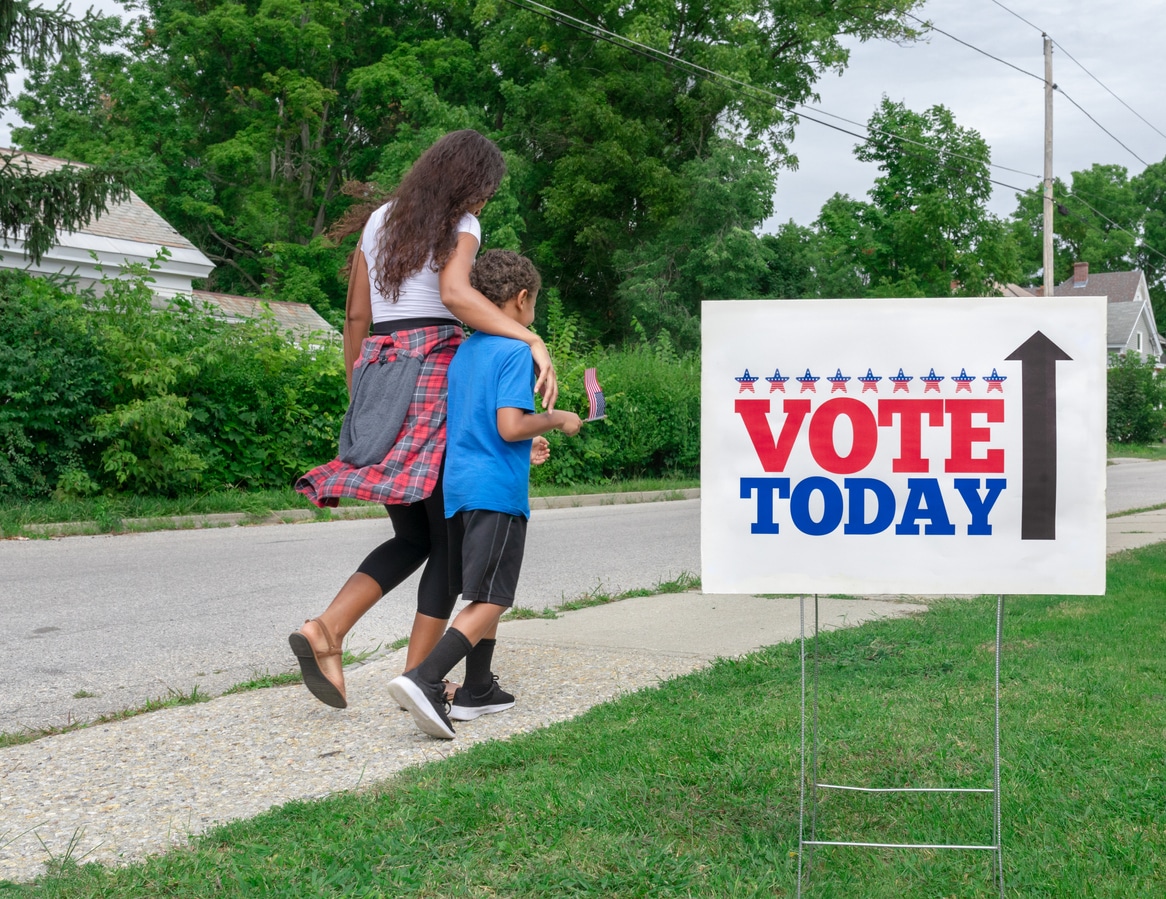 It’s an election year (as if you didn’t already know). And there’s an endless stream of news and social media posts centered on what will happen in November. So while you understand the importance of voting and civic engagement, the concept can seem too intangible for kids.

That’s why we reached out to the League of Women Voters, a nonpartisan organization that promotes informed involvement in government. We talked with Grace Chimene, the president of the League of Women Voters of Texas, and Diane Tasian, president of the LWV of Dallas about their advice on how you can raise a future voter and how you can support your kids’ understanding of their role in democracy.

For babies and toddlers through age 6:

First and foremost, promote democracy in your daily life. Tasian says this is as simple as just being a Texas voter. “At this age, kids absorb so much by watching you. Be responsive to the issues you see on TV, radio, [and other media] when around your children—they will absorb your values.”

For elementary and middle school age:

Chimene suggests you talk about voting, and take your child with you when you go vote. Tasian says she took her 10-year-old granddaughter to the polls this past spring and plans to take her other granddaughter this fall.

Chimene also recommends that you talk about issues that are impacted by decisions that local elected officials make. This includes everything from parks and schools to streets, public safety (streetlights, street signs, sidewalks, health clinics, fire stations, ambulances, police) and so on.

Tasian recommends encouraging your teen to be a student election worker. In Dallas, teens 16 and up qualify. (You can help them sign up here.)

Of course, both Chimene and Tasian strongly suggest that you help your teen register to vote when they become eligible. In Texas, you can register at 17 years and 10 months. And after your child is registered, make sure they have an acceptable voter ID.

When an election approaches, Chimene and Tasian encourage parents to go over the candidates and their platforms. One place you can find that information is the League of Women Voters’ nonpartisan voter’s guide at vote411.org. You can find other election-related details, such as polling locations and dates, at votetexas.gov or your county’s election webpage.

Chimene advises parents to encourage your teen that if they can’t remember all of the candidate details, bring a list of the candidates they choose to vote for when they go to the polls to vote. Remember: No one can use phones in the voting booth.

A little encouragement can go a long way. Chimene explains that getting your kids involved early in life sets them up to be a repeat voter: “Research shows that a voter who votes for the first time as a young adult will be a voter throughout their life.”

For more information from the League of Women Voters, visit the websites for the Dallas league and statewide organization.