Language Immersion Schools and Why They Work - DFWChild 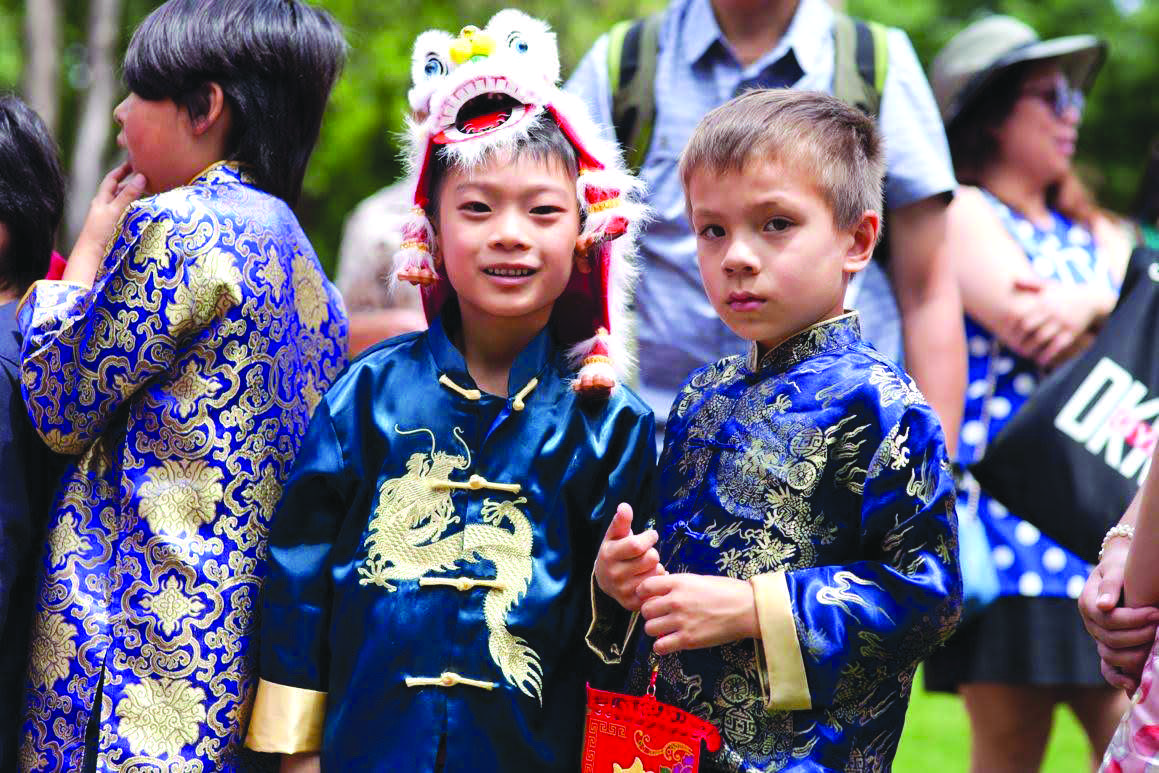 Fort Worth dad Matthew Sikes wishes he were bilingual. “All the time,” he shares. “I’m a lawyer, and the more languages you speak, the greater the pool of potential clients. And it would help with witnesses. Plus, knowing other languages opens up cultural experiences you won’t have if you speak only English.”

Little by little, Sikes is learning some Spanish through his daughters. They’re 2 and 4—and take classes at the Spanish-immersion preschool Mi Casita. “I find myself trying to figure out what they said,” Sikes laughs. “I look things up on Google Translate.”

Sikes enrolled his daughters at Mi Casita with the hope that they will one day have the professional and travel opportunities he hasn’t had. He also sees great value for their developing minds. “They’re thinking in different ways and improving their cognition,” Sikes says of the girls. “They’ve really taken to it. I’ve even heard the older one lecturing the younger one in Spanish.”

Sikes and his wife are among a growing number of parents who want their children to be multilingual. It makes sense, given our global society where diverse cultures thrive. According to the U.S. Census, nearly 30 percent of the Texas population (that is, 7.8 million people) speak Spanish at home.

There are private, specialty schools that help children become bilingual as well as a growing dual-language trend in North Texas public schools. Here’s how and why those programs work.

Mi Casita—the preschool and daycare in Fort Worth that Sikes’ daughters attend—conducts classes in 100% Spanish. “More than teaching in Spanish, we speak in Spanish,” explains Melissa Page Peter, founder and owner of Mi Casita, which accepts kids from birth to 5 years. “If we did both English and Spanish, the students wouldn’t have as much exposure to Spanish. The more sounds they hear in Spanish, the higher the likelihood of fluency.”

Mi Casita students take in the language through project-based learning—such as creating a toy store and presenting it (in Spanish) to their families. This is in contrast to simply being taught nouns, verbs and the like.

“Project-based learning is engaging, authentic work that leads to very positive learning experiences in general,” says Page Peter. “And my philosophy is that when we align language with that approach, they’ll have more positive experiences with Spanish as well.” Starting your kids young is best. While “better late than never,” Page Peter says “the optimal time is 0-7.”

Camille Laupie-Williams—a Dallas International School (DIS) pre-K3 French teacher—says kids in preschool grasp language quickly because they absorb it intuitively. In contrast, an adult might try to compare and translate what they’re learning to their first language.

“Our students will start to understand directions in French, to participate to our language rituals and to answer questions in Pre-K3,” Laupie-Williams notes. “They will be able to speak back in French in kindergarten.”

They gain skills in other languages too. DIS instructional days are split primarily between French and English, with a third language, Spanish or Mandarin, incorporated beginning in pre-K4.

Even parents who speak another language themselves choose these kinds of schools and programs. Dallas mom Nelyda Villaseñor initially learned Spanish from her parents but gained fluency in dual-language programs. So it was an easy choice to enroll her 3-year-old daughter in bilingual pre-K at Dallas ISD’s Arthur Kramer Elementary.

“I have a few cousins whose parents enrolled them in only-English classes starting in kindergarten, and they can barely speak Spanish,” she shares. “They are not able to write it nor really read it fluently. That makes a huge difference.”

Villaseñor tells us her daughter grows her language abilities mostly through playtime and basic skills building. “I feel like her vocabulary has expanded,” she said. “She’s using fuller sentences now.”

Another important aspect of language learning is immersion in the culture of study. For example, DIS follows the French education model. “We have more breaks during the day,” says Laupie-Williams. “We have three different recesses—that’s a little different from American schools, I think. Playing outside is important for us.”

And the children learn French stories and songs, too, such as classic book Roule Galette and children’s song Une Souris Verte. Plus, there’s one day out of the year that’s dedicated to celebrating all the countries around the world that speak French.

There’s also a multinational feel at Mi Casita, where most of the teachers were born outside of the United States. “We have teachers from Honduras, Mexico, Puerto Rico and Colombia,” says Page Peter. “Their cultural experience, they bring that to the classroom.”

Ultimately, these schools teach kids how to navigate modern life. “It’s that open mind that they get here at DIS,” Laupie-Williams says. “Being aware at such a young age of all the different cultures, all the different languages, is preparing them for the global world that they’re going to grow up in.”

Spanish World School
With locations in East Dallas, this school (formerly named Spanish House) serves littles from infants to 5-year-olds, and also has an accredited private Spanish-immersion school for kindergarten through fifth grade.

Guidepost Montessori
This school offers a Spanish-immersion program for littles as young as infants up through kindergarten. Locations in Frisco, Flower Mound, Hurst, McKinney and coming soon to Plano.

Merit Chinese School
This non-profit organization offers classes on Saturday mornings. Children can begin Mandarin lessons at age 6 and Cantonese lessons at age 5. Prior to enrolling in classes, a meeting is required to evaluate your child’s level in the language. Located in Plano.

The Montessori Learning House
With classes in Spanish and English, this school for infants up to kindergarteners follows Piaget’s cognitive development theory and the Maria Montessori philosophy. Located in Little Elm.

Caminito Spanish Immersion and Montessori School
From infants to littles in preschool and kindergarten, Caminito uses immersion and the Montessori method to cultivate the Spanish language in its students. It also offers summer camp, after-school care and Mommy and Me classes. Located in Keller.

Guidepost Montessori Flower Mound
This school offers a Spanish-immersion program for littles as young as infants (they need to be at least 6 weeks old to enroll) up through kindergarten.

Au Pair in America
Las Colinas mom Kallie Freelen used Au Pair in America to find her live-in au pair. Her 2-year-old son has had care from an au pair since birth; Freelen says that has helped him learn Spanish and English equally well. Currently, she has an au pair from Colombia; her previous au pair was from Panama.

Did we leave out a great school? Tell us at editorial@dfwchild.com.

This article was originally published in January 2020.