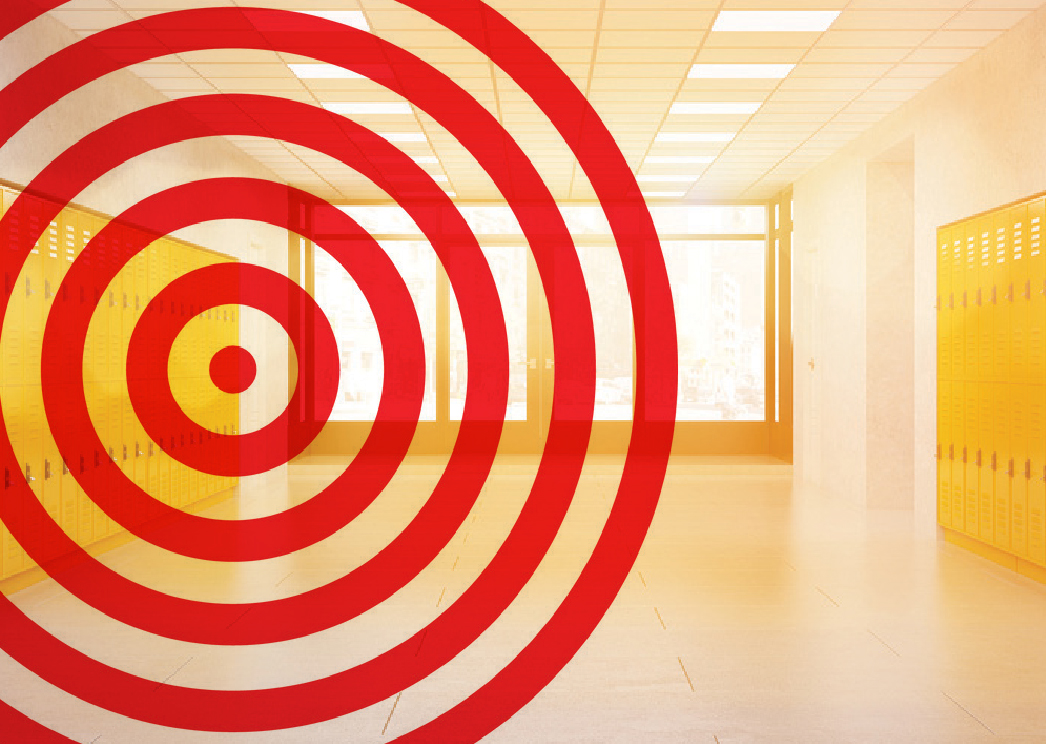 Since my daughter Dawn was diagnosed with intellectual and developmental delays, I have worried about her safety. I worried that someone would tease her or push her around and that no one would understand her nonverbal responses. I put removable tattoos on her so that if she were lost she could be returned home. By the time she reached high school, I felt a little relief— until Dawn learned about active school shooters and became fearful that the “bad guy” would come to her school. There’s no tattoo for that.

But there are drills, resource officers and other safety measures that schools have increasingly put in place to protect students—and yet these things can also be sources of confusion and fear to kids like my daughter. So how do we teach the most innocent of our students to deal with the added security measures they’re likely to encounter this fall?

Even something as simple as a door buzzer can give a child difficulty, says Rachel Wittich, cofounder and principal of Wedgwood Academy in Fort Worth. She recalls one student who wanted to open the door when it buzzed instead of waiting for a staff member, not understanding the security implications.

As a Dallas firefighter and father to a son with autism and epilepsy, JR Santos trains parents, teachers and first responders to handle children with disabilities during crisis situations. He shares his safety tips with parents through a monthly email; this month he sent out an emergency profile form to share important facts about your child with caregivers, teachers, therapists, doctors and other family members. Sign up for the newsletter by emailing snsafety@yahoo.com.

“[Kids with special needs] are so trusting and they want to help so badly,” she says.

Wittich and a parent walked her through the process many times, going into the office to get someone to open the door when the buzzer sounded. It took an hour of repeated tries, but she eventually understood that only the principal can say who comes into the school.

Other security measures are more disruptive. When faced with a screeching drill alarm, students with special needs can become agitated: some shriek or shake their hands in the air, some become paralyzed with fear and others run.

JR Santos witnessed some of these reactions when he recently visited a Plano classroom of students with varying diagnoses. Santos, an 18-year veteran of the Dallas Fire Department and father to a son with autism and epilepsy, travels to public and private schools and day habilitation centers to assist with lockdown drills. This particular location had never used the alarm, so he suggested trying it out. It was chaos. Students ran into each other or tried to run out the door. The alarm was immediately turned off, and they began to practice drills without the alarm first.

“Routine and practice will keep your child safe,” Santos explains.

You can do this at home, says Judy Gaither, a licensed professional counselor at Enderly Place Counseling in Fort Worth who specializes in anxiety and depression. She recommends practicing drill procedures and coaching children with special needs on how to respond, first without an alarm, and then gradually increasing the volume, variably. You can also show them pictures or videos of drills being performed calmly.

At school, find out what your district does to accommodate students during drills.

“We are inclusive in our drills, but they are altered as needed for the individual,” says Garrett Jackson, assistant director of special education for Frisco Independent School District.

For example, to communicate with nonverbal students, staff members use picture cards. They also provide earplugs for those who don’t respond well to the alarms and special items of comfort like a stuffed toy or blanket.

In a crisis or drill, first responders may have no idea how to defuse a fearful child with a disability. Parents can do their part by introducing their child to the security officers at school and the fire department personnel at the local station—basically, anyone their child could come in contact with during a drill or crisis situation, Gaither adds. This can help familiarize the child with new faces and the first responders with the child’s specific needs.

You can also put supplies in your child’s backpack like an emergency preparedness form with medical needs and your child’s typical reactions to stressful situations, along with reading materials, a favorite security item, a family photo book, and games to help him or her pass the time in a lockdown situation.

“Stability and distraction, even during a practice situation … can be soothing to children and familiar rather than the noise and chaos of a drill,” Gaither says.