How to Handle Meltdowns (and Other Bad Behavior) - DFWChild 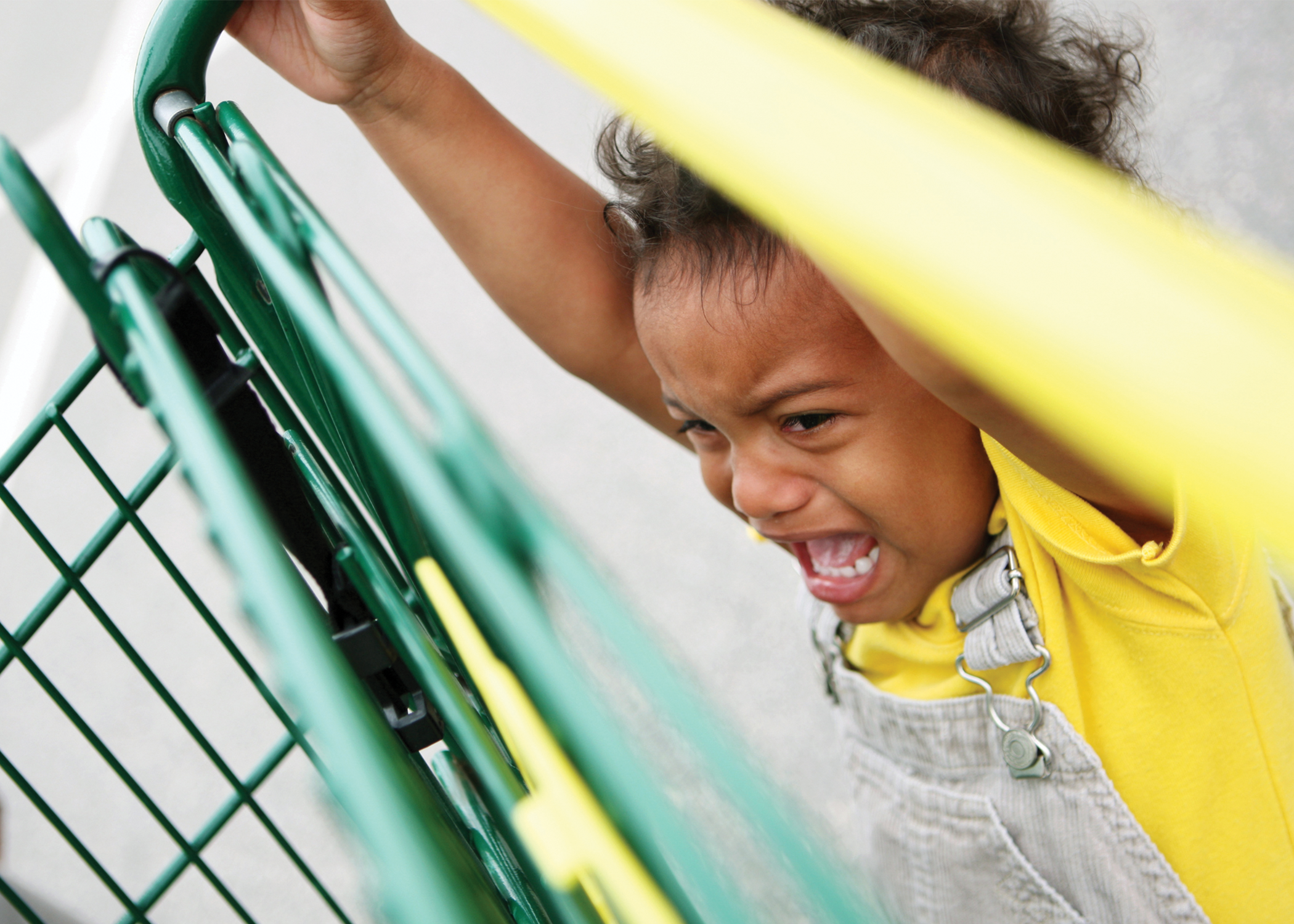 We’ve all been there. You’re out running errands with your child, and you need to stop at Target. This wasn’t on the schedule, but you’ll just run in and out, right?

Cue the dramatic public meltdown. To our chagrin, grandma’s foolproof tips don’t always work for kids with special needs, so we went to the experts (and two seasoned moms) to seek out some in-the-moment resources for dealing with your child’s tough behavior.

Robyn Needham, an Argyle mother of four (two with special needs) reiterates how important it is to figure out the source of the behavior before acting on it. “You have to differentiate whether the negative response is stemming from overstimulation, a skill deficit or simply wanting your time or touch,” she says.

Analyze your child’s behavior by reciting your ABCs:
Antecedent: What happened immediately before the behavior? Identify the trigger.
Behavior: What was your child’s reaction? Study your child’s response.
Consequence: Was there a reinforcing outcome? Gauge whether your reaction diffused or fueled the issue.

Kugler says it’s important to keep your emotions at bay and limit your words and eye contact—strategically ignoring undesired behavior can be as effective as positive reinforcement.

Learn more at the Proactive Behavior Support Strategies workshop on Jan. 17, 2019, at the Early Childhood School in Frisco.

This may require detective work if your child has difficulty verbalizing the source of his distress. “It’s frustrating to know what you want but not be able to tell an adult,” says Madison Jones, a speech-language pathologist intern for Dallas Independent School District. “We have to switch the focus from the acting out, to allowing the amount of time it takes for them to communicate what’s bothering them.”

Colleen Kugler, a Frisco ISD in-home/parent trainer, adds that when identifying the source of a behavior, look at the amount of sleep, nutrition and exercise your child is getting, as well as the amount of attention.

“Everyone needs a certain amount of attention throughout their day,” she stresses. “Whether it’s negative or positive, your child is going to get that attention from you no matter what.” Kugler suggests ensuring your child receives positive attention daily. That way when you have to take a phone call your child is less like to clamor for your attention.

For children with anxiety, SPD or autism, less is more. Narrowing their choices removes the pressure of decision-making.

“Try to provide win-win choices to your child in order for them to feel a sense of control,” suggests Kugler. Asking whether she want to wear her blue shirt or red shirt gives your child the chance to make an independent decision without being overwhelmed by possibilities.

Limiting choices may also help your child communicate their needs. Fort Worth mom Corey Nunez uses yes-or-no questions with her 5-year-old son AJ, who has childhood apraxia of speech. “I can’t ask him open-ended questions like ‘What do you want me to pack you for lunch tomorrow?’” she explains. “Instead, I ask, ‘Did you like what I made you today?’ or ‘Do you want cheese crackers again?’”

Avoid environments that are stressful for your children, when possible, Needham says. “If it’s unavoidable, then try redirecting their focus elsewhere.” She suggests giving them a book to read or preparing a snack together.

Visuals can be effective too. Mandy Jenkins, transition coordinator for the White Settlement ISD, suggests creating a keychain with pictures to redirect inappropriate behavior. “Instead of repeating ‘Sit still, please,’ you can show them a picture of what they should be doing at that moment, such as reading quietly to themselves,” she says.

Be careful not to confuse reinforcement with bribery.

She and Kugler both recommend the “First this, then that” approach, which tells the child what is expected of them in order to receive what comes after. “In order to be effective, the ‘then that’ part of the equation needs to be an item or activity your child most desires,” Kugler says.

Be careful not to confuse reinforcement with bribery: Bribery says “If this, then that” and tells your child that the reward doesn’t have to come after the directive. Be firm and clear about what you expect from your child, and what she can expect from you in return—after her part is completed.