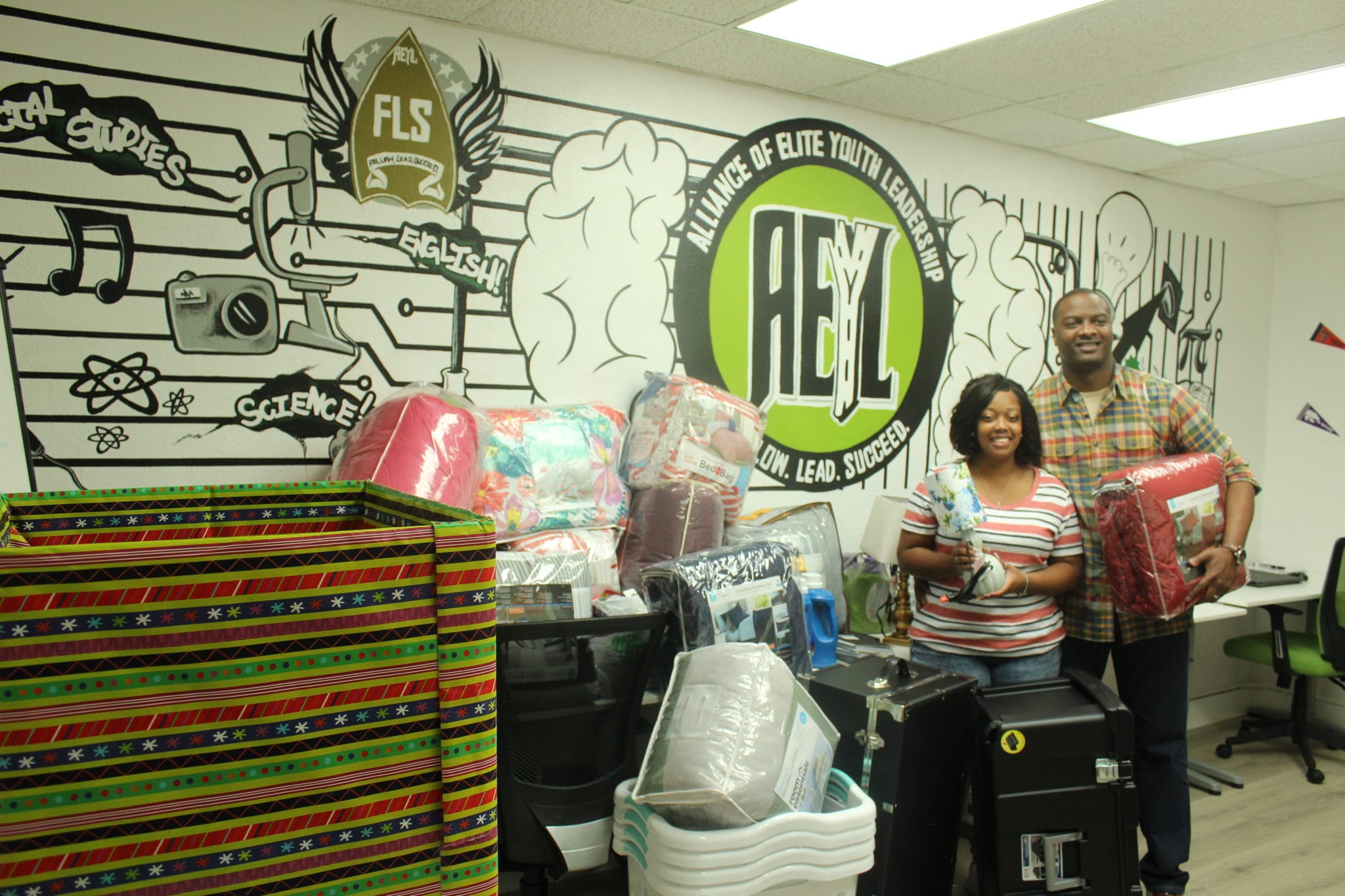 Stress isn’t just for moms and dads. It seems like our kids and teens have more and more stressors—and it’s having an impact. Every year, Children’s Health conducts an assessment called Beyond ABC, evaluating the wellbeing of kids in six North Texas counties. This year’s report showed over 130,000 kids in North Texas suffer from an emotional disturbance or addictive disorder. Suicide rates have increased too. There are many, many factors that play into these trends, so how do we fight it? Derrick and Ceretha Robinson of McKinney have found a way. The husband and wife duo created the Alliance of Elite Youth Leadership (AEYL) to provide mentorship, service opportunities and academic and career support—with the goal of keeping Collin County tweens, teens and young adults on the right track.

How did AEYL begin? Derrick Robinson: We founded the program based upon the need of services for teens today. So, athletics, academics, community service, mentorship—those are just some services we thought that could benefit 12- to 18-year-olds (middle and high schoolers). [Starting off], we spent the majority of our time on athletics. It was … a good way to kind of bait them in, and once you bait the kids in, we can tap into the other services that we offer.

In the study, suicide and contemplation of suicide went up significantly in the past year among teenagers. Is that a problem you’re confronting as well? DR: These are stats that people don’t like to talk about, especially here in Collin County. I love Collin County, but we have to come to reality in taking proactive approaches. Our teens are under attack to a certain degree, with peer pressure, with drug usage. The overdose rates [are] tremendously high. If you knew the caseloads I get on a weekly basis from kids that get exposed to every type of drugs you can think of … Also, our attendance rates in school districts have dropped tremendously. That’s one of the reasons we brought in [our GED program].

I am so honored that you asked that question because everybody always asks about the roses. They never want to talk about our mental health component. We’re excited that we are in position to have services that kids can benefit from to get them on the right track. [It’s not only in terms of drugs;] it’s also from our violence, from robbery and just our crime rate in general. Cities don’t like to talk about that, but when do we find the time to talk about it? We’re losing our kids by the day, and we’re going to lose hundreds before we step up and talk about it.

Is the community supporting you? DR: Over a period of time we just grew and got more established in our local school districts. [Then] municipal courts and the Collin County judicial system started reaching out to us. So we created a program called Follow. Lead. Succeed. (FLS) that is based around accountability of fulfilling court orders with teenagers, juveniles so to speak, that can basically get them back in the school districts, get them to the point they have trustworthy voices again.

AEYL is centered around four core pillars. How does that work? DR: So, one of my favorite pillars is athletics. I played football, basketball, track. Athletics was my way out. In today’s society, athletics is still a very good reach. We actually have had one of the young men who come out of our program, [Ronald Jones, who is] now the starting running back for the NFL Tampa Bay Buccaneers.

Then also the mentoring program, [which] is more so based around life coaching, more so positive leadership, but it can also help the kids who are veering off the wrong path and get them back on the right path.

Ceretha Robinson: [The other pillars] would be the academics piece and then the community service. So, for the academics piece, it touches all realms of education. While they’re in school, we talk a lot about keeping up with their grades, keeping an interest in school when it comes to, “Are you ready for college, or when you graduate high school are you going into the workforce?” We felt the community service piece was important too because we always want the teens to know that the impact of giving back is tremendous.

You’re teaching kids that it’s not all about them. DR: Right.

CR: And showing—leading by example—because everything that we’ve ever done, we show them how it’s done properly before we put them out there.

Why do you feel developing leadership is such an important quality in young people? CR: You get to help them develop a perspective different from their own. That can break generational cycles of just falling into, “Well, my mom did it, so I’m going to do it.” So you get them exposed to different things that they wouldn’t necessarily be exposed to, and broaden that education. That way they can develop their own perspective.

DR: Our teenagers are under attack in so many different ways. I feel they need a hub they can call on to get that wisdom, that knowledge, that understanding about certain choices in life. What I love most is the testimonials that we get back when they become adults: “If I hadn’t [gone] through this program and spoke with Coach Robinson or Mrs. Robinson, I don’t know where I’d be,” or “Hey Coach D, thank you for getting me this job … getting me in college … getting me out of this one particular situation that I could have easily been on the wrong side of the track.”

Do you have a favorite testimonial? DR: Ronald Jones. He came to the program not for sports, but just to have a male figure, a male mentor to kind of work with him through what he was dealing with—the loss of his dad. He was 15. He wasn’t a kid that was making bad decisions; he just came over from grief counseling, and one thing led to another. We didn’t know we were working with one of the top—actually the best—running back in the nation. This young man stayed humble, but as much as we were honored to work with him, come to find out he was just as honored to work with us because he said, “Coach, I finally get a chance to work with someone that don’t see me for football.” So, we challenged him about who is he outside of sports, as a man.

The AEYL has some great sponsors, including the Dallas Stars Foundation and the Salvation Army, but Derrick and Ceretha Robinson emphasize that the AEYL is always looking for mentors, tutors and guest speakers. Reach out via email at info@aeyleadership.org or via phone at 214/390-5665 if you’re interested.