Get to Know Paula Minnis, Mom of Four and Founder of GAIA Empowered Women - DFWChild

Skip to content
DFWChild / Articles / MomLife / Moms We Love / Get to Know Paula Minnis, Mom of Four and Founder of GAIA Empowered Women 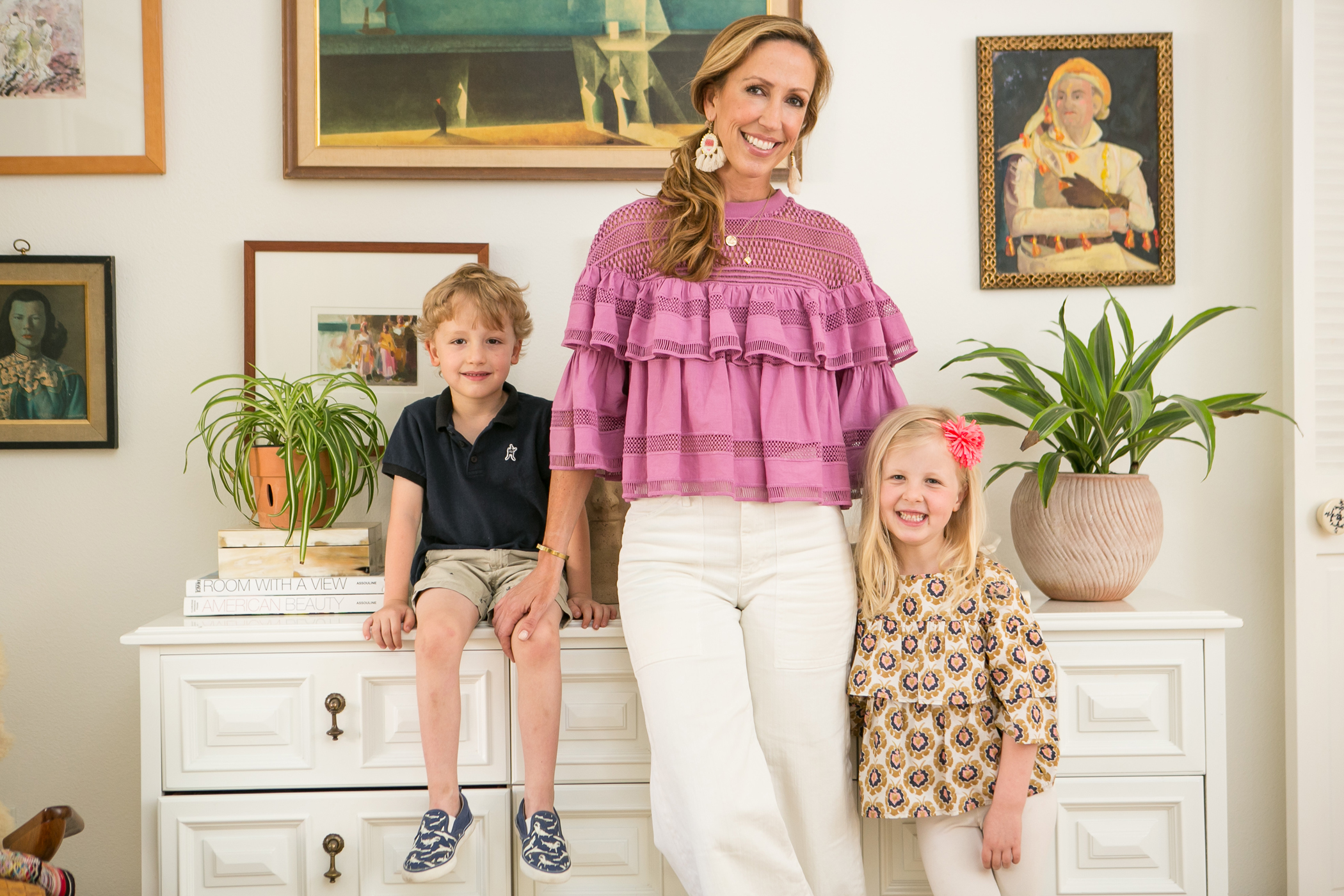 Long before Paula Minnis was founder of GAIA Empowered Women or a busy mom of four (Will, 16, Genevieve, 14 and twins Gabriella and Charlie, 5) she was making a name for herself in the fashion industry as a buyer and merchandiser for companies such as BCBG and Ralph Lauren.

Disillusioned with the demanding corporate world, she decided to hit pause when she married Todd Minnis, a real estate investor, in 2008. The newly minted wife and stepmom (Will and Genevieve are Todd’s children from a previous marriage) turned her focus to family and interests she’d never had time for before.

“Will and Genevieve were 6 and 4 [respectively],” says Minnis, 42. “And we had the kids every other week, so I found myself super busy one week and the next week I had all this free time.”

How You Can Help

Get involved with RAICES (Refugee and Immigrant Center for Education and Legal Services), which matches volunteers with refugee families who have been released from detention centers — prison-like facilities that hold asylum-seeking immigrants often up to months without a clean change of clothes. As a volunteer, you may drive these refugee parents to and from the store, clinic or immigration office and more. Register online.
RAICES Dallas, Dallas, 214/295-9554

To fill her time, she started taking tennis lessons and art classes; she took up piano. But it was volunteer work with International Rescue Committee (IRC), which provides resettlement assistance to refugees, that she found most satisfying.

Minnis was mentoring a Burmese refugee named Catherin when her aha moment hit. Eyes opened to the plight of women fleeing from war and disaster, she realized she could meld her retail savvy with her passion for helping others.

“I didn’t create GAIA because I felt like we needed another handbag in the world,” says the Preston Hollow mom. “It was about finding a way to employ refugees. I want it to be a sustainable business. I want to provide ongoing, dependable income.”

And she’s well on her way. Launched in 2009, GAIA (Greek for “goddess of the Earth”) currently employs 19 women. The line’s handmade accessories — bags, jewelry, etc. — can be found at retailers such as Cabana and Wisteria. It’s launching at J. Crew soon.

As for Minnis, she’s experienced her own evolution.

“I’ve become less focused on myself and more engaged in those around me — from my children to the refugee women to the cashier at the grocery store,” she says.

What’s surprised you most about the refugees you’ve met?
Their resilience. It’s humbling. They’ve fled these horrible circumstances and come to a foreign country … but they’re so happy to be in America. They feel so much gratitude and optimism. They face their challenges head on.

Was there a specific moment that sparked the idea for GAIA?
Catherin and I were doing vocabulary words; I was helping her with her English. One of the words was “sew” and I drew a spool of thread. She recognized it and went to grab a spool she had in her house. I had the lightbulb moment: She can sew. What can I have her make that I can then utilize my experience in the retail industry to help market?

How have you seen these women’s lives change?
We’ve had several women that have been able to buy homes, and then there’s the psychological impact of knowing they’re able to provide for their families. It’s empowering for them to be able to contribute.

How have you balanced a growing family with a burgeoning business?
I’m fortunate to have an awesome team. That’s key. I work mommy hours. I wake up early and work, and then I go to the office and leave early to pick them up from school.

How do you stay sane with so much going on?
I do what I call “grandma yoga,” which is yoga that’s more about stretching, breathing and hitting reset. But certain things have had to fall by the wayside and working out has been one. I have started to spend more time with friends. I realized how important that is — just to laugh and have a couple of margaritas.

Describe your perfect date night.
We love Ku Sushi & Japanese Cuisine in Dallas followed by some sort of event — a concert, movie, the theater or the opera.

Favorite way to spend family time?
Coyote Drive-In Theater. (Todd is a founding partner.) We take the kids to the Nasher Sculpture Center, the Perot Museum of Nature and Science, the Dallas Museum of Art and Klyde Warren Park.

How has your work shaped the way you parent?
I’ve always wanted my kids to have a global perspective — to recognize our small space on this earth — and to value diversity and the beauty of different cultures. I also hope they come to realize that selflessness and joy are intertwined.

In what ways are you cultivating social consciousness in your kids?
They’ve sat on the floor at Iraqi refugee homes and eaten Arabic food. They’ve had Burmese soup at Burmese refugees’ homes. I had a holiday party at my home and hosted all the refugee women we employ.  We celebrated Ramadan with many of our refugees, and they celebrated Christmas with us.

Where does your passion for helping others come from?
My passion for doing good for others was initially rooted in my desire to shift from a self-centered focus in my life to an others-centered focus. I can attest to the truth of the Ghandi quote, “The best way to find yourself is by losing yourself in the service of others.”  As I’ve evolved, my passion has become deeply rooted in faith and the belief that to whom much is given much is required.