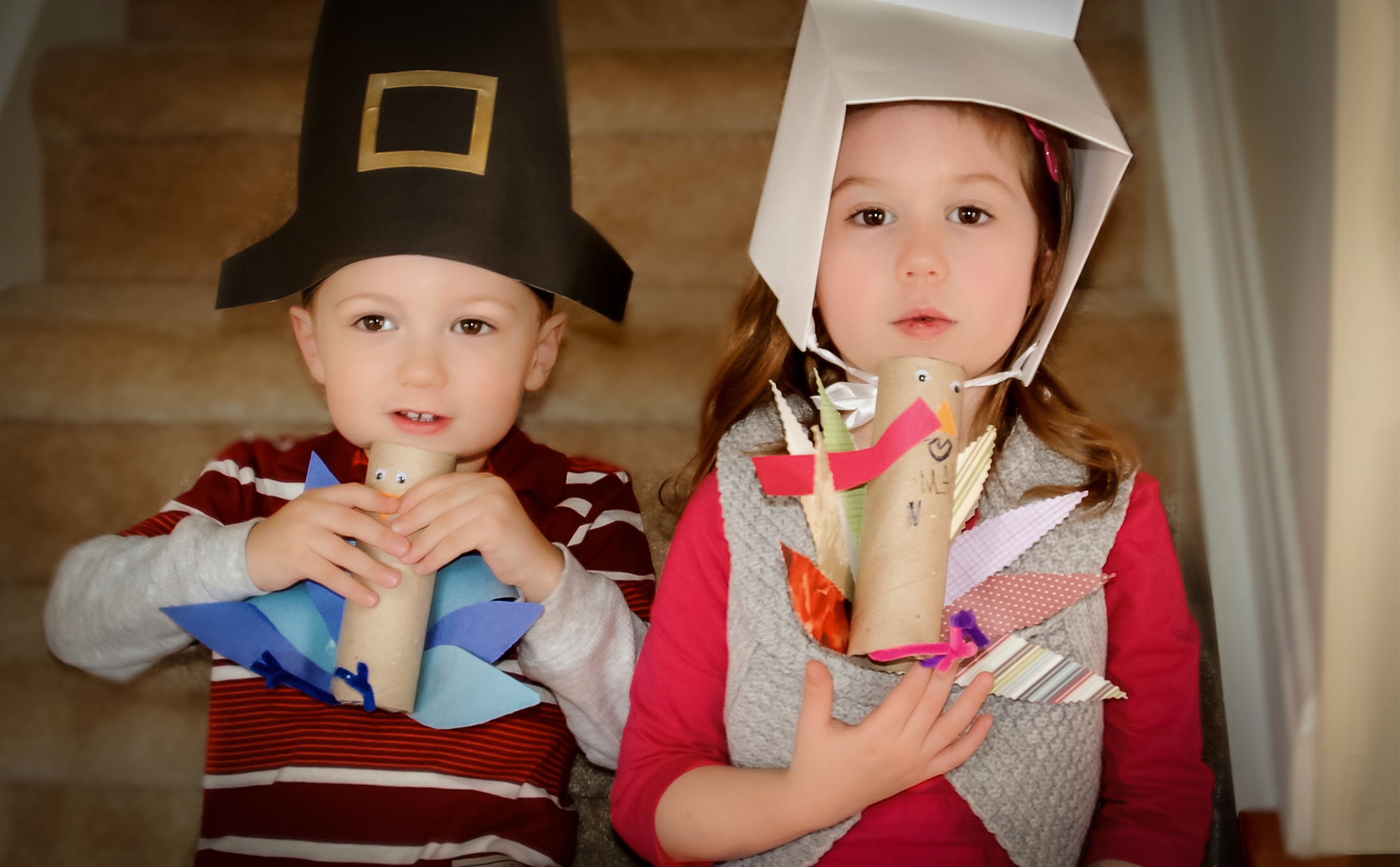 Thanksgiving is just a few days away. For such an important holiday (one that literally celebrates gratitude and generosity in its name), it never fails to surprise me how often people take Thanksgiving for granted.

It seems like as soon as Halloween is over, half of my Facebook friends have traded their jack-o’-lanterns for Christmas trees and have decked their halls with holly before they’ve even picked through their kids’ treat-or-treat stashes. Black Friday sales seem to creep up earlier and earlier each year. I saw an ad for one store that will open at 7am on Thanksgiving day this year! At this point, you’d think they’d forgo the Black Friday name altogether and call it a turkey sale.

Now don’t get me wrong. I’m definitely one of those people who will head out to the stores in search of some great deals. I mean, I’ve got seven kids to buy presents for Christmas! But it doesn’t stop me from mourning the fact that Thanksgiving has become somewhat lost amidst the hustle and bustle of other holidays.

Growing up, Thanksgiving was one of my favorite holidays. My parents, my siblings (three sister, one brother) and I would load into our minivan for an hour-long trip to a cozy little country town called Farmersville, Texas.

Every year, my grandparents rented the local community center and members of my extended family would bring an array of sides and sweets. A group of local men would set up a television for the football game, and my brother always brought a TV with a gaming console to keep all us kids entertained.

Right down the road from the center was a pretty spectacular park. (I’ve revisited it as an adult and can say that it truly is a gem.) One unfortunate Thanksgiving, I was sick and couldn’t play in the park with all the other kids. I was devastated. Suffice to say, I more than made up for lost time the following year, running around and dirtying my holiday-approved outfit.

So many years have passed, and so many details have been lost to time.

But what I will never forget is the feeling of family during those holidays.

There were always so many relatives in attendance during those Thanksgivings of my childhood. My grandmother’s sisters, their spouses and children, who themselves were adults with their own spouses and children in attendance. That one great aunt who everyone swore up and down I was the spitting image of; the uncle who would crack jokes and trot out his guitar to sing for the kids.

And the food! If you’ve ever celebrated a holiday with a family feast, you can imagine the overabundance. Going through the line demanded clear strategies in order to not offend one auntie over another while choosing between four potato options, several meats, salads of all varieties (pasta, fruit, potato and greens). My favorite dish (or dishes, I guess) was macaroni and cheese: my grandmother’s baked mac and cheese, and a creamy version by someone else.

The dessert table was a feast all its own. Armed with an empty plate in hand, I would stare in awe at all the sweet treats laid out before me. Choosing between treats was always so hard. With age, I eventually figured out that I could cut tiny pieces of dessert from several dishes so that I could try a good handful of them.

Our Thanksgiving gatherings changed as the years went on. Parents became grandparents. Us kids grew up to be adults with children of our own. My grandparents and their siblings didn’t have the same youthful strength they once had to put into the holiday’s hard work. For several years, things stayed in limbo. As the older generation reluctantly passed down the torch, things didn’t go as seamlessly as we might’ve hoped, and the tradition faded. Some of us opted to celebrate with in-laws, others had moved out of state and observed the holiday alone. A small handful of us clung to the tradition of family togetherness.

My immediate family had splintered off as we pursued our own lives. My father had moved to Tennessee, and my youngest sister lived in Georgia. My brother was working offshore in the oil field so it was always a hit or miss if anyone saw him for holidays.

Fast forward to November of this year.

Chadwick, my boyfriend of two years, and I are living in our first home together. We settled in to the North Richland Hills home over the summer with our combined seven children, his four and my three. (Take that, The Brady Bunch!)

I love my big blended family, but raising a family this large has its challenges—organizing holiday celebrations is definitely one of them. Having a home full of children brings up memories of my own childhood spent celebrating with family. I might be crazy, but I feel inspired to start a new tradition this Thanksgiving—or perhaps, rekindle an old tradition.

I’ve had this idea heavy on my heart for some time. And it’s time.

Last winter, my grandmother passed away. She was the kindest, most servant-hearted person I have ever known, and she was the glue that held my family together all through the years. No matter what life threw at her, she always took care of her family and pushed through. She is the person I aspired to be when I grew up.

So it’s time. My family needs to have traditions and a time we all spend together being thankful. I keep those cherished memories from the Thanksgivings of my childhood close to my heart, and it makes me feel so strongly about starting new traditions. Our children haven’t experienced the celebration and togetherness I knew and loved about Thanksgiving. Which means, some day, their children likely won’t experience it either.

This year, I have invited everyone to my house for a Thanksgiving lunch. I don’t expect to have a huge turnout this time, but it’s a start.

On Chadwick’s side of the family, he has his two parents, a sister and her spouse and an infant daughter. My side of the family becomes more complicated with parents, stepparents, four siblings and their spouses, each with anywhere from one to several children of their own. I know that they all may have their own places to visit this Thursday or their own ideas of what’s important for their family on the holidays—and that’s okay.

I will host Thanksgiving at my house every year, creating a new tradition for my family. (Unless we end up needing a bigger space, ha!) My hope is that by the time I have my own grandchildren, we will have a similarly thriving Thanksgiving gathering that my grandmother gave us when I was a little girl. But for now, I can only hope that this Thursday will be the beginning of a tradition for my family to look forward to year after year.

Katie Holmes is a mom to a blended family of seven children. When she’s not running after her kids, the stay-at-home mom is a family photographer and volunteers for the elementary school library. She and her husband, Chadwick, a journeyman electrician, live in North Richland Hills with their children—Kaden, 11, Kenna, 10, Riley, 9, Marley, 8, Joel, 7, Luke, 6, and Liam, 5.