Flash from the Past: Museum of Memories - DFWChild

Skip to content
DFWChild / Articles / Things to Do / Places to Go / Flash from the Past: Museum of Memories 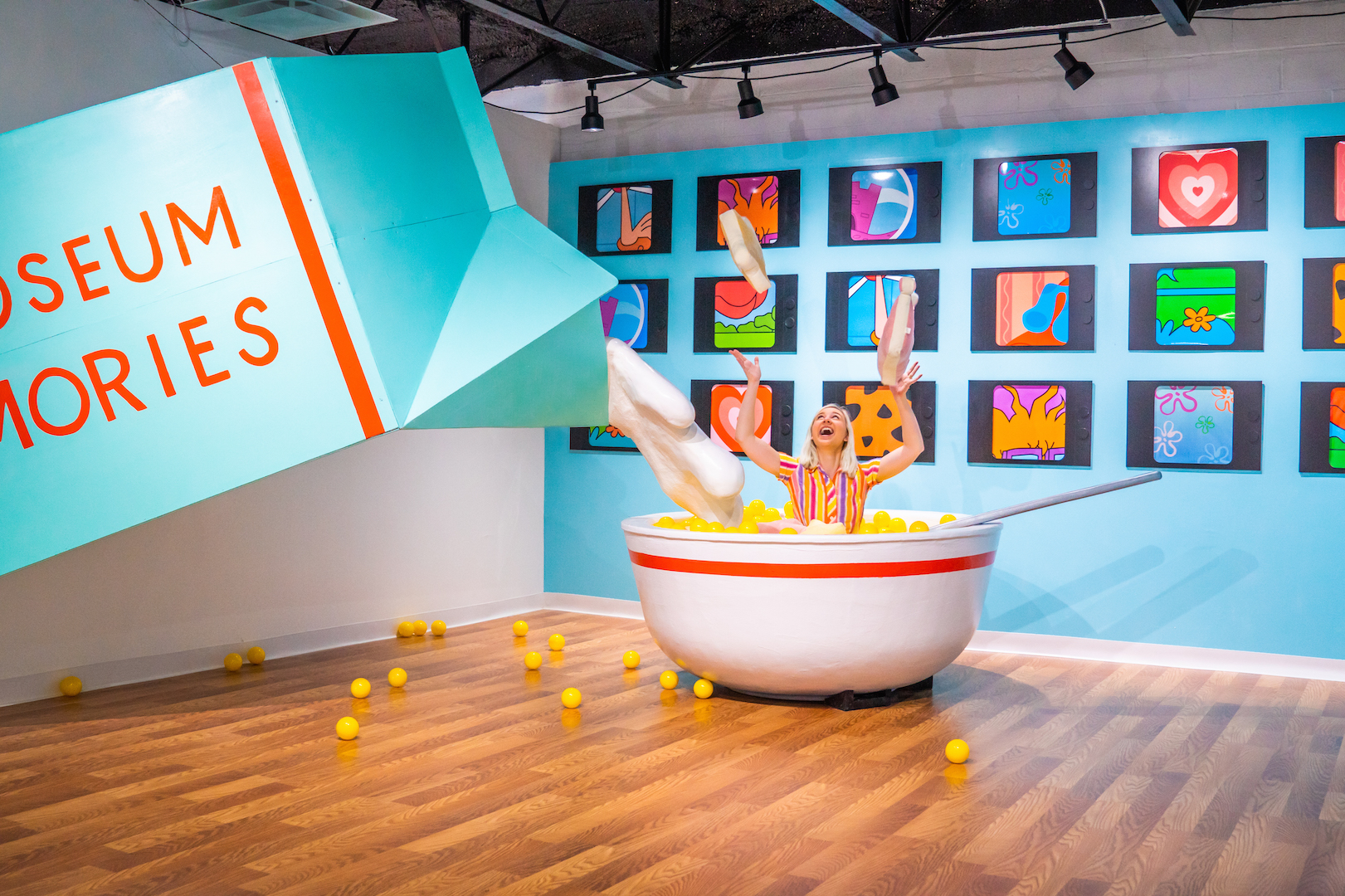 Right outside of downtown Dallas near Fair Park and Deep Ellum is a hidden world that will take you back to the good ole days—we’re talking about Mean Girls, Clueless, Rugrats, Full House, Aaron Carter, Backstreet Boys, the whole shebang. It’s a building wedged in between Latino restaurants, which in themselves push out intoxicatingly delicious smells.

On the second floor window of the building is written “Memories” to mark the spot. The single door near the left side of the building invites guests into the favorite so-what, as-if era—including the unfortunate era of low-rise jeans. Welcome to the ’90s and early 2000s.

Opening this past June, Museum of Memories is comprised of one sole artist along with her brother and childhood friends (a total of five people) that brought this art museum to life. Steffi Lynn created each room by herself, and she’s only 24 (soon to be 25 next week). Actually, all the part-owners are in their 20s, which make this level of accomplishment that much more astonishing.

To get to the artwork, you must walk up the colorfully painted stairs where the first exhibit rests called “Mooseum of Memories.” It’s a makeshift, life-size cereal bowl with a giant spoon and giant carton of milk “pouring” liquid into the bowl. Behind the bowl are snippets of childhood classic cartoons from The Fairly OddParents to Dexter’s Laboratory to The Flintstones and more. There’s nothing quite like eating cereal in the morning watching cartoons, or at least, that’s the exact vibe we got from the exhibit.

Steffi warns that the cereal bowl is deeper than it looks, which we can attest to. We slid into the bowl for that Insta-worthy picture and quickly fell down to the bottom surrounded by the yellow plastic balls of “cereal.” Pro tip: Don’t put your baby in the cereal—it’s really deep.

Stroll past the cereal exhibit and to your right are black and white rooms with hints of color for the mommy that has the whole black-and-white-only aesthetic. Photo tip: Wear a chromatic outfit to contrast against the walls for a poppin’ picture.

The next room to point out is the dream childhood girls’ room. Cue The Amanda Show: And welcome to The Girls’ Room! There’s a pink pencil (with “that’s so fetch” written on it), a pink fuzzy rug, Lisa Frank-inspired décor and an open diary that we’ve all had at one point or another.

Next to that room is a cloud and starry-night-esque room that is totally different from the rest. Whereas all the other rooms are brightly lit (for the perfect photo), this room takes the lights down to transport you to the night sky where only the clouds light the room—it’s seriously cool.

Steffi and her partners built each room by themselves with an open floor plan in mind. That meant taking heaps of drywall up the stairs and building them one by one, as well as Steffi hand painting each room. Other rooms also have their own flooring that they had to put together as well. We joked that they would be able to build their own house now, but we weren’t kidding.

This is one of the bigger art installations in the Dallas area, or at least it will appear to be because of the open rooms. Steffi notes that there are so many details within each room that you will be able to spot something new each time you come back.

After it was all said and done, it took Steffi only two months to paint the entire installation (six months to build everything from scratch), which if you ask us, that’s some superhero speed, but the exhibit was nonetheless breathtaking.

Out of curiosity, we asked Steffi if she had planned out each room and consulted her partners about whether to include certain pop culture references, but she was clear to note that her inspiration would flow as she went. There were a couple of things she knew she wanted to include, but she didn’t want to tie herself down to any certain criteria for art. She wanted it to come naturally and change as she felt inspired.

We didn’t give you the full 4-1-1 because it’s definitely a must-visit spot, but think of this exhibit as a museum of your millennial childhood that you can teach your kids about (or for a Moms Night Out)—either or! Oh, and we have the deets on what’s coming next week. Here’s a hint, think life-size Barbie doll boxes.You must have a reservation to see the exhibit. Tickets for ages 4–12 are $20; age 13 and up are $25; age 3 and under are free.