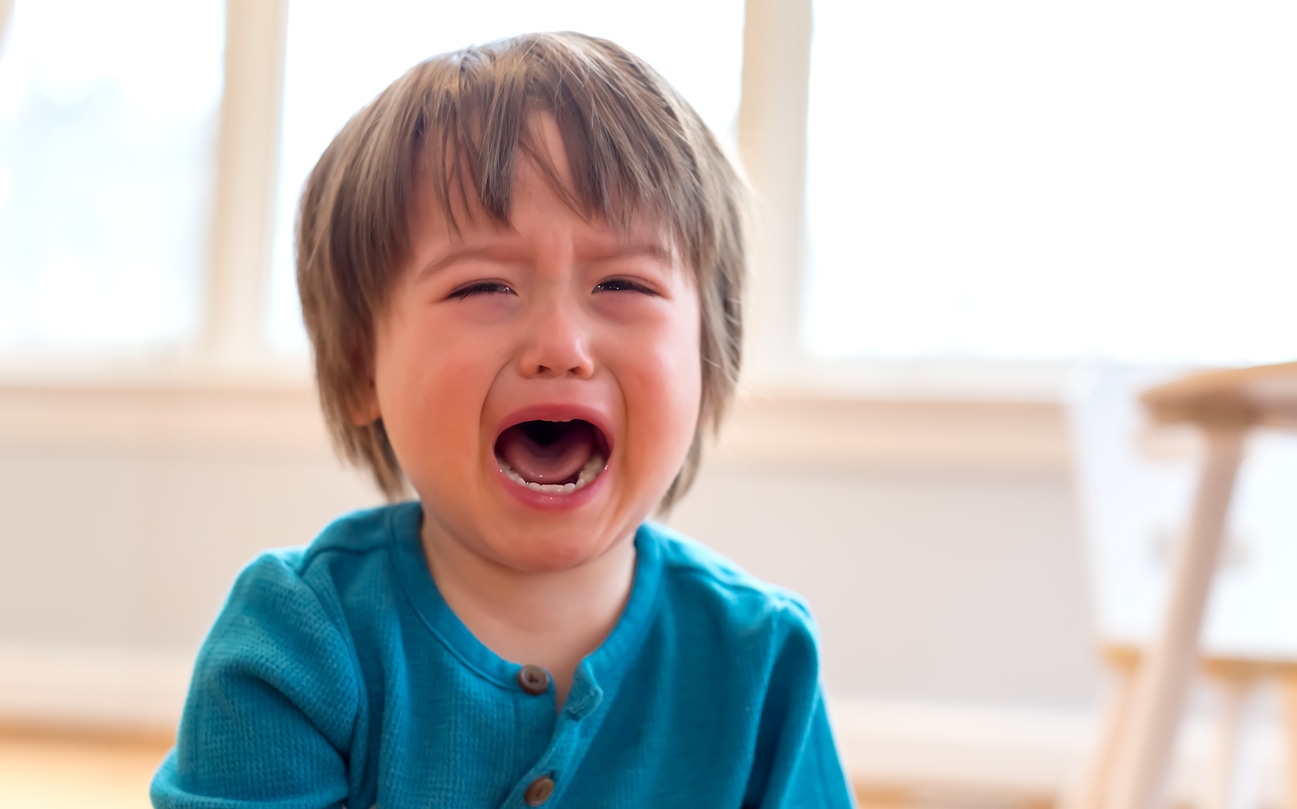 Oh, temper tantrums—we know to expect them, we know they’re part of life for the little ones—but man, are they terrible.

And, depending on how strong your kiddo’s emotional reactions are, some tantrums can seem like a walk in the park compared to those full on meltdowns.

So what’s the deal? How long should tantrums last? How should we handle them? Is there more going on than we realize?

To start, let’s look at the typical age range of temper tantrums. Dean Beckloff, Ph.D. of Beckloff Pediatric Behavioral Center, says to expect tantrums in kids between 2 years old and 4 years old. “However, tantruming can certainly range to much higher ages, especially those kids born with strong emotional reactivity,” he says.

Dr. Ronnie Pollard, executive medical director of Medical City Green Oaks, says tantrums can start even before 2 years old, as the fits tend to stem from the child’s lack of verbal skills. “Early on, the child has no way to communicate what is really going on in their brains,” Pollard says. “All they can relate is their brain is on overload. So children express their frustration through tantrums.”

HOW OLD IS TOO OLD?

With that in mind then, should parents be concerned if their child is “too old” for tantrums? Maybe, maybe not.

Pollard suggests that if your child is 5 years old (or above) there may be a need to further investigate other causes such as autism, low IQ or mental illness.

However, Beckloff says if an older child is having a few tantrums, that’s not necessarily a cause for concern—but agrees that the family may want to get help. “If it’s frequent and causing a lot of stress in the family, then yes, the family should seek assistance in helping their child with emotional regulation, perhaps by a professional,” Beckloff notes. “The best place to start would be by talking to your family physician.”

WHEN IS A TANTRUM MORE THAN A TEMPER TANTRUM?

The problems with tantrums extend beyond the stress parents feel. The fits could be a sign of emotional struggle.

Pollard suggests parents first try to seek out the root cause. For example, are they tired, hungry or sick? He says these tend to be the frequent causes of tantrums and can all be addressed appropriately with food, naps or a doctor’s visit.

If the tantrums are more than that, take note.

To determine if something deeper is going on, he says parents should pay attention to what’s happening during the tantrum and its length.

For example, are the tantrums longer than 25 minutes? Pollard says long episodes are associated with mental illness in children. Is your child hurting themselves or others during a tantrum? This could also be an indication of severe depression, other mental illness or emotional disturbance.

Furthermore, take note of how frequent the tantrums occur. Pollard suggests seeking a professional if there are five or more tantrums in a day, or they occur daily for more than a month.

So we get to the most important question here: What are the best ways to handle tantrums? Of course, as you would expect, it’s not exactly black and white, but there are solid options.

First, tune in and stay tuned in with your child. “We don’t have to be hyper-vigilant, but we should be aware,” Beckloff notes. “I liken emotional breakdowns to a volcano. When things are in the ‘rumbling stage,’ parents can intervene and head things off at the pass; but they have to be tuned in to the child. When it goes over to the eruption stage, there’s not much that can be done except to help the child get regulated and calmed down. Then the parent can use language to help the child process what was happening.”

Second, remove the audience. “If there are others around, the emotions will grow in strength,” Beckloff explains, “so it’s best to remove yourself and the child to a place where there are no other people around. It will help the child to calm down much faster,” he says.

This is true both in public and at home.  “Some parents have set up a space at home for calming down with various calm down items, like drawing, putty, fidget toys, etc. so that they can give [their kids] some space,” Beckloff says. “This allows the child to get calm so that they can then reason with the parent.”

Pollard agrees and suggests not trying to reason with your child while the screaming and crying is still in full swing. “Your child’s brain can’t process anything while the tantrum is occurring—your child is shut down,” he says. “They need time to allow their brain to return to a calmer state during a tantrum. Be comfortable in giving them time to have the tantrum and give them time to get over it.”

Pollard cautions not to give into what the child ostensibly wants during a tantrum, as the child will then view tantrums as an effective means to get their way. “They have no concept of a right and wrong way to get what they want, only that [tantrums] work” if you let them.

THE IMPACT OF CORONAVIRUS

Considering the pandemic is still taking up most of our thoughts these days, should parents expect an uptick in tantrums because of virus-related anxiety and fear? Possibly, says Beckloff. “Parents should certainly keep this in mind with the current state of affairs. There’s now research being done on ‘corona dreams’ —bad dreams being had by adults because of the anxiety and stress over the virus.”

And if adults can be affected, kids can be as well. “Most of the parents I’m talking to are working hard to not burden their child with the information,” he says. “The younger the child, parents are disclosing less, so that they don’t feel anxious. But we need to be aware that children can pick up on our own stress, and also hear too much from the news.”

Pollard reminds parents as well that we are still learning about the effects of the virus and there are many unknowns. “We don’t know at this point if it will affect a younger child’s ability to mature, causing more disruptive behaviors and more tantrums. However, we do know that children can sense the tension in their environment even though they are not able to verbalize what is going on,” he says.

And the key takeaways here? Well, Pollard has broken it all down into a tidy do’s and don’ts list for you:

DO understand tantrums are normal behavior.

DON’T take it personally. “Do not view this as being a failure as a parent,” he says.

DO be supportive, calm and loving.

DON’T let your own frustration over not being able to control the tantrum take over your mood. “Remember, this is your child’s internal struggle and not yours; you are only there to be a referee.”

DO encourage older children to express what they are feeling or wanting with words after the tantrum has subsided.

DON’T give in to your child’s demands.

DO model appropriate ways of dealing with anger and be a good example of how to behave.

DON’T get into an emotional battle. “Be neutral and ignore if possible.”

DO contain the tantrum and try to listen to your child. “Use your sense of humor and distraction.”