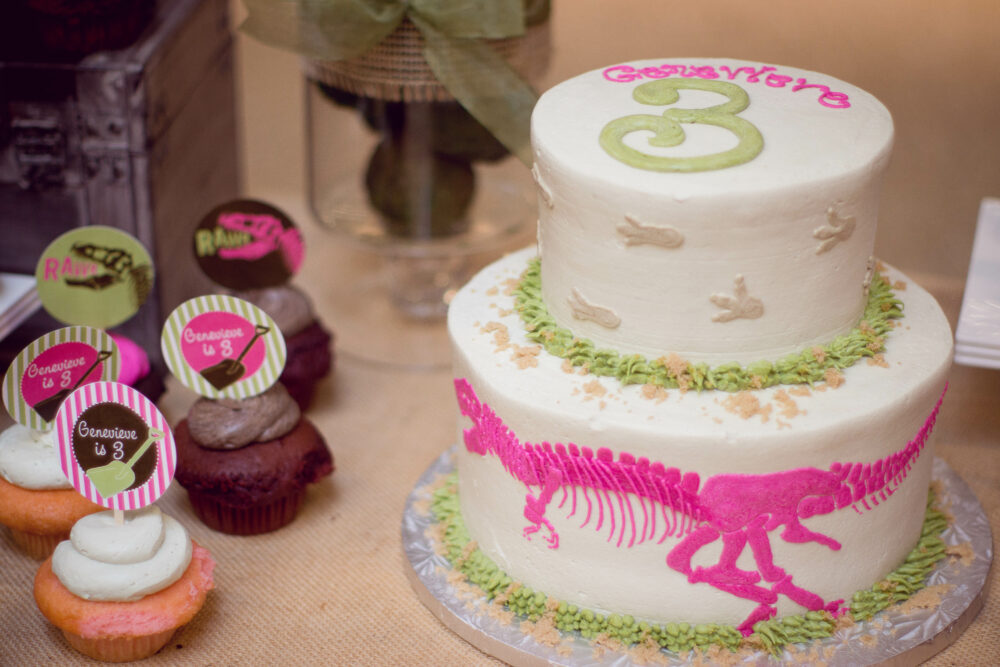 When Cassandra Jean-Louis envisioned Genevieve’s third birthday party, she pictured a frilly affair fit for a princess. The mom’s pretty pink plans came to a grinding halt, however, when the birthday girl came home from preschool one day declaring her newfound love of dinosaurs. Fascinated by the fierce Tyrannosaurus Rex, the enormous Brachiosaurus and every dino in between, Genevieve would hear of nothing less than a dinosaur birthday party of epic proportions.

Not one to shy away from a challenge, Cassandra went into full throttle party-planning mode. “I did what all parents do – we go to Pinterest!” she says. A preliminary search turned up little in the way of dinosaur-themed parties for girls, so Cassandra decided to get creative and put her own feminine twist on the prehistoric concept. 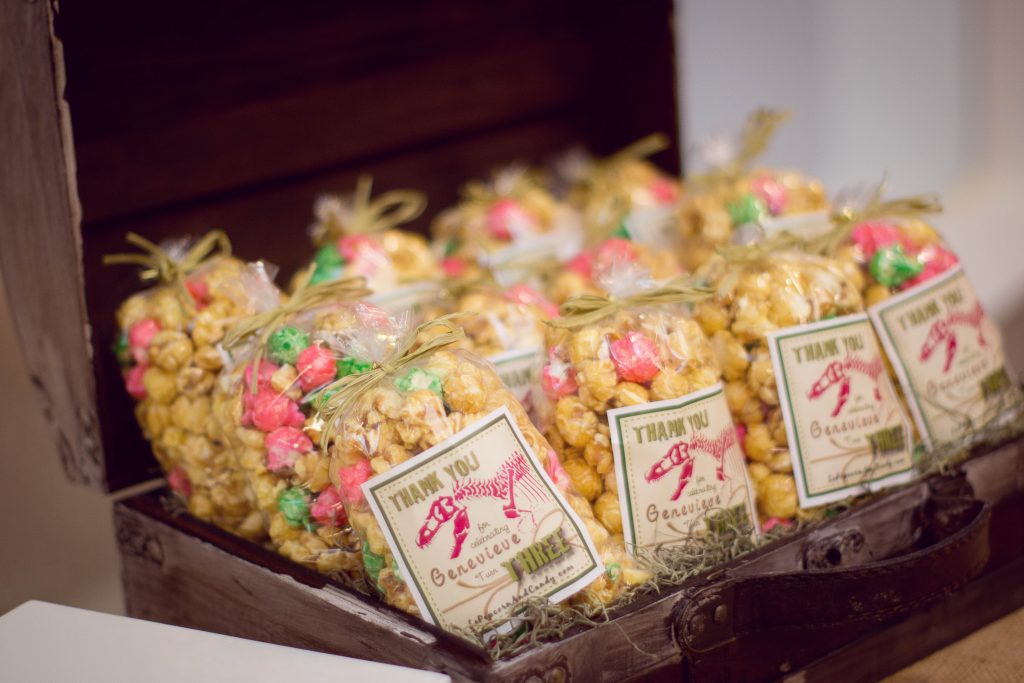 Cassandra had four months to plan, which left ample time to fine-tune the details. But booking a venue right away was a must. As luck would have it, the Perot Museum of Nature and Science was slated to open right around Genevieve’s birthday. Equipped with party rooms and full of prehistoric items, Cassandra knew the museum would provide the perfect backdrop for the 3-year-old’s big day. 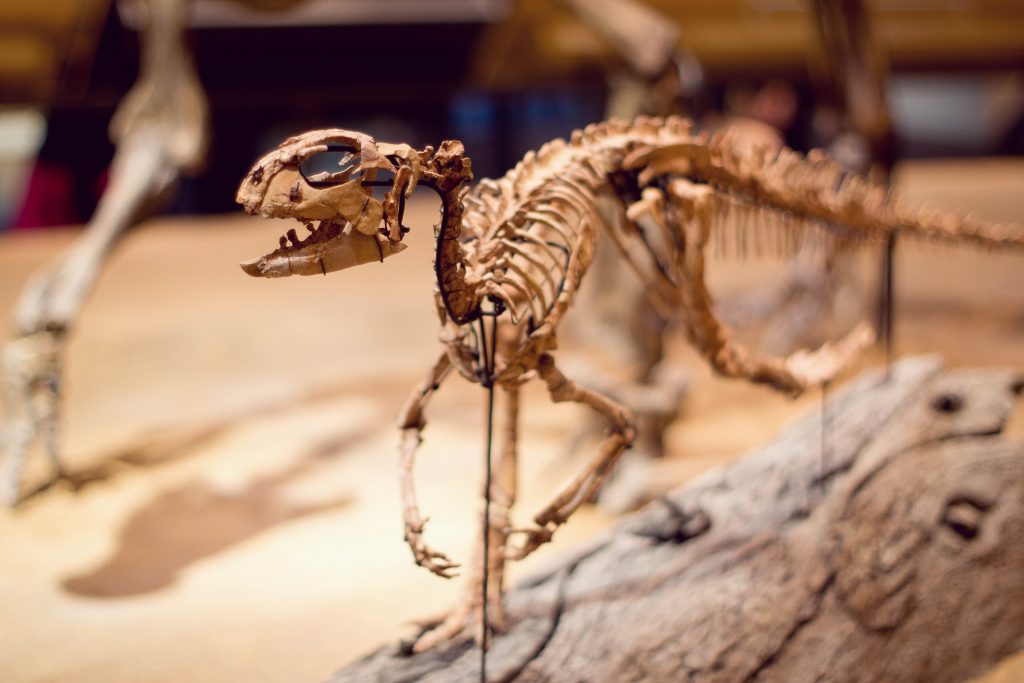 RELATED: A Guide to the Perot Museum

With the venue booked, Cassandra was able to get started on fun stuff such as invitations and tabletop décor. She wanted to fulfill Genevieve’s dinosaur dreams while conveying an organic and feminine feel. Custom-made pink, green and brown invitations set the tone for the party, and the mom spent months collecting and assembling plywood dinosaur figurines, which did double duty as décor and party favors. 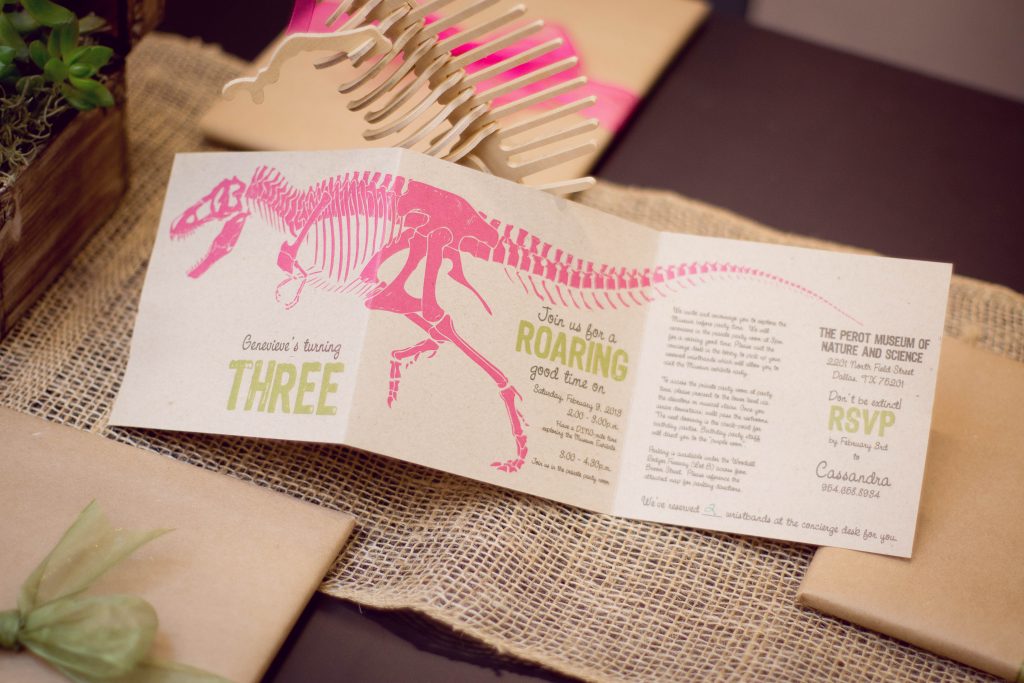 In the month leading up to the party, dinosaur figurines filled the Jean-Louis game room while flowers overtook their living room, which Cassandra jokes was temporarily converted to a nursery. When she came across succulents, her plant of choice for the party, she couldn’t resist stocking up. “It was crazy,” Cassandra says. “I was really planning for this party. I loved every minute of it.”

On the big day, guests explored the museum before joining Genevieve in the party room, where they were wowed by Cassandra’s handiwork. Succulents were planted in trunks wrapped with moss, and dinosaur figurines were strategically scattered throughout the room. Kids listened to dinosaur stories and, in lieu of signing a guestbook, left their handprints on a custom-made framed photo of Genevieve, which hangs in her room to this day. As with most parties, the highlight was cutting into the cake. Cassandra used her go-to for baked goods, Society Bakery, for a custom dinosaur cake that was so elaborate and beautiful she says it made her cry. 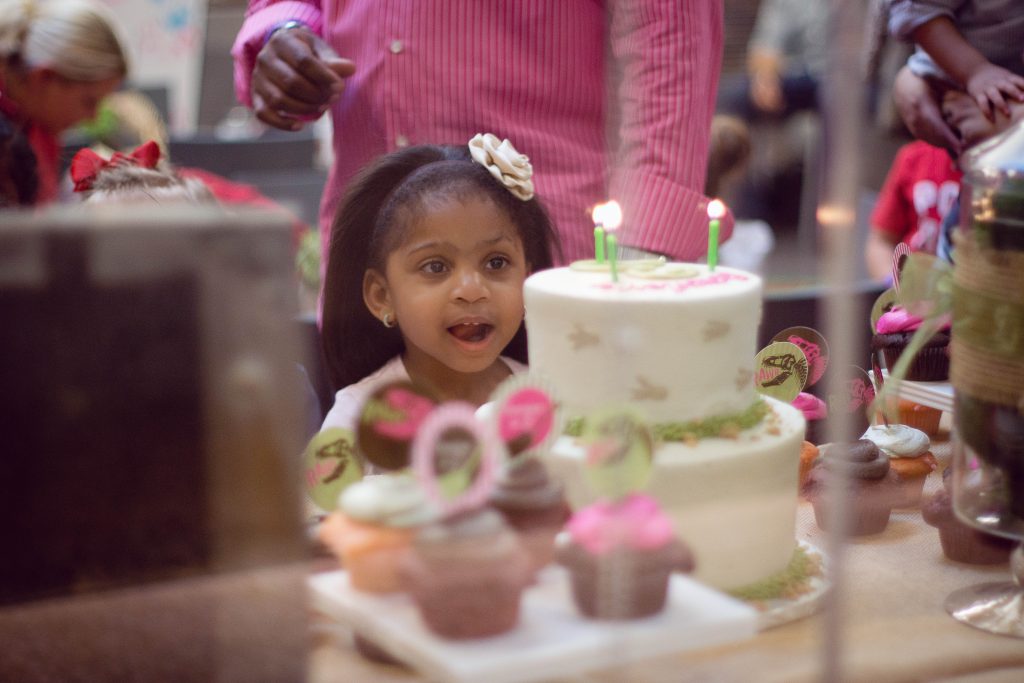 The party was an overwhelming success, but Cassandra already has big plans for her daughter’s fourth birthday. Genevieve has asked for a princess party, and Cassandra is happy to oblige. “I’m excited,” she says. “And it’s probably going to be just as extravagant as her previous birthday party.” 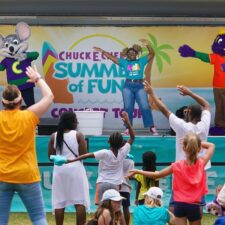 Best Things to Do This Weekend in DFW: July 1–4