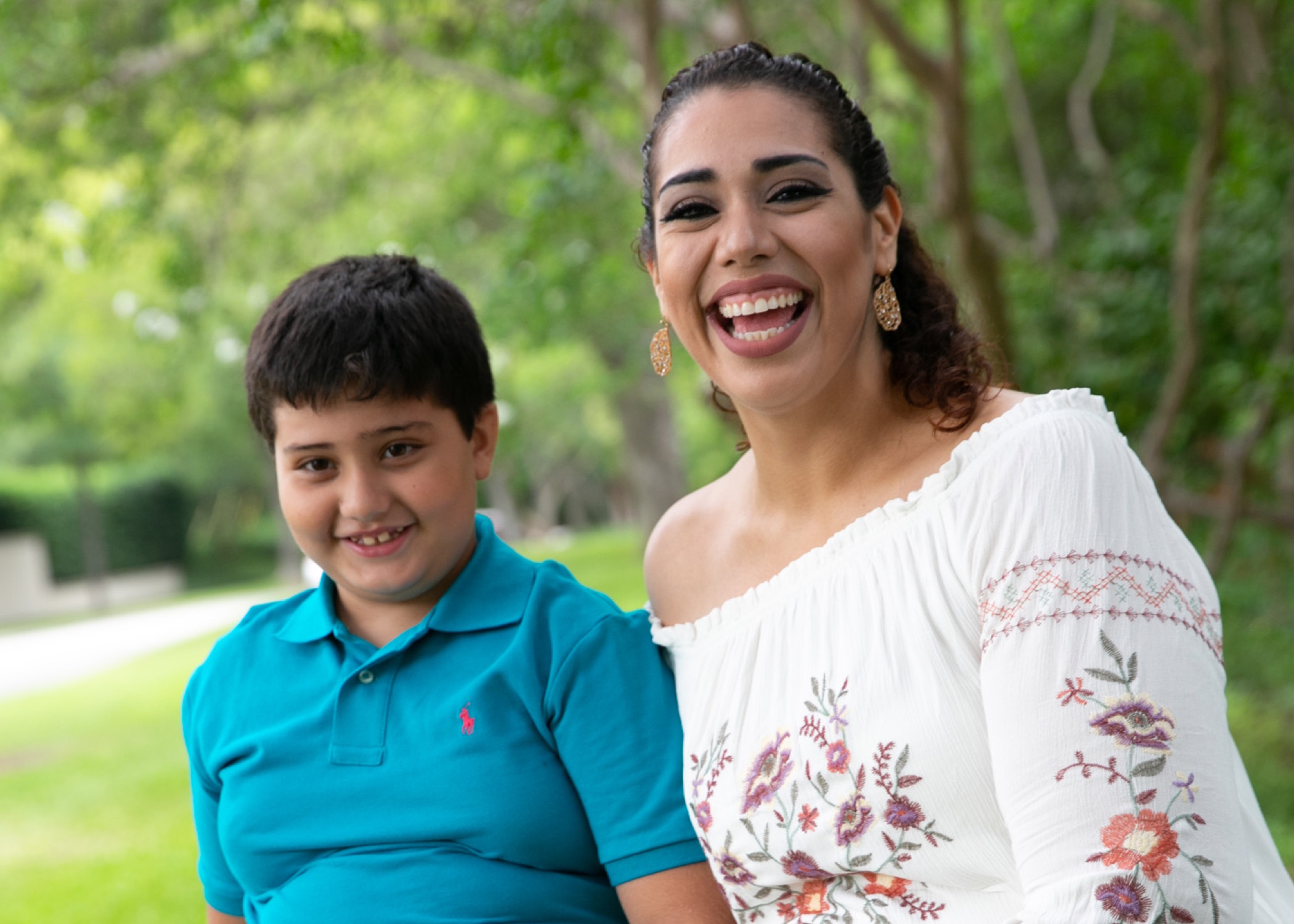 Dina Alsaid of Richardson never imagined she’d be a pageant queen, and she certainly never thought she’d become an autism advocate. But the 37-year-old wears both titles proudly, along with the title of wife to Ahmad, whom she married 11 years ago, and mother to Mona, 9, and Abe, 7.

The Arab-American describes her Dallas upbringing as the typical American experience. She graduated from the University of North Texas and became a certified mediator with plans to. work overseas as a foreign service officer.

Then she got married, had two children and “everything changed.”

Abe exhibited delayed speech, avoided eye contact and didn’t answer to his name. Alsaid likens his behavior in those early years to that of a “Tasmanian devil.” Her intuition told her something was amiss, and one Sunday, while watching an episode of The Real Housewives of New Jersey, everything clicked.

She contacted her pediatrician immediately, but he urged her not to “jump to conclusions.” It was almost a year and a half before Abe was officially diagnosed via Early Childhood Intervention.

“I remember sitting at the table, holding it all together,” says Alsaid. “When they left, I called my parents and just broke down. It was like my whole world came crashing down.”

She says she was upset and in denial, but sprang into action nonetheless, educating herself on autism and working to secure as many services as possible. One of her first stops was The Warren Center in Richardson, where she found programs for Abe and a support system for herself.

“Pageantry enhanced my life but becoming a special needs mom changed who I was.”

Alsaid is forthcoming about the struggles of raising children with special needs. She says the years following Abe’s diagnosis were some of the loneliest and most anxiety-ridden of her life.

“I never want someone else to feel that alone,” she says. “A lot of parents just don’t know what to ask. They don’t know what services are available. I know how it feels to not have anyone to talk to. I know that emptiness and hurt and don’t want other people to feel that.”

In the time following Abe’s diagnosis, Alsaid neglected self-care, and her health suffered.

In March 2015, she had bariatric surgery and made a commitment to herself that she would pursue pageantry after reaching a certain size. She reached her goal and last year competed in her first pageant on the platform of autism awareness. She excelled, earning the titles of Miss Plus America Ms. Community Service 2017, Mrs. Texas Plus America 2017 and Miss Jordan Plus World 2018. Now she’s preparing to compete in Miss Plus World for the international title.

It’s also given her the platform she was looking for to propel her work on behalf of families with autism. Alsaid considers community service her gift. After winning Mrs. Texas Plus America, she dedicated her reign to The Warren Center and donated her prize money. To this day, she attends monthly support groups and volunteers her time to the center.

She’s passionate about helping other parents learn to navigate life with special needs, the way so many have helped her. After Abe’s diagnosis, the parents had Mona tested and learned that she has attention deficit hyperactivity disorder and dyslexia.

Today, Mona is thriving and almost on grade level. Abe is happy and active, adding new skills all the time.

With Worlds looming, Alsaid is busier than ever. On top of her kids’ therapies and her volunteer work, there’s pageantry prep to contend with. These days, she prioritizes self-care. Bimonthly spa appointments and support group meetings are nonnegotiable.

The state provides afternoon and evening respite care, allowing Alsaid and her husband to reconnect throughout the week. They frequent local cafes where they drink coffee and play cards.

As a family, the Alsaids enjoy going to Arabic cafes. It’s important to Alsaid that her children identify with their Arab-American heritage. They also visit Disney World once a year, where the Moroccan pavilion at Epcot is a highlight.

Looking forward, Alsaid plans to compete in pageants as long as she “can still walk.” For her, pageantry is empowering, life-changing and a means to an end. It’s a way to spread her message that “your current situation is not your final destination.”

“Pageantry enhanced my life but becoming a special needs mom changed who I was,” she says. “I didn’t let all of the stress, anxiety, fear and anger from when my child was diagnosed break me. I turned it around and found a way to take care of myself and, in turn, help other families. My hope with the awareness is not that my son will be ready for the world when he turns 18, but that the world is ready for him.”