Did Our Kids Need This Quarantine? - DFWChild 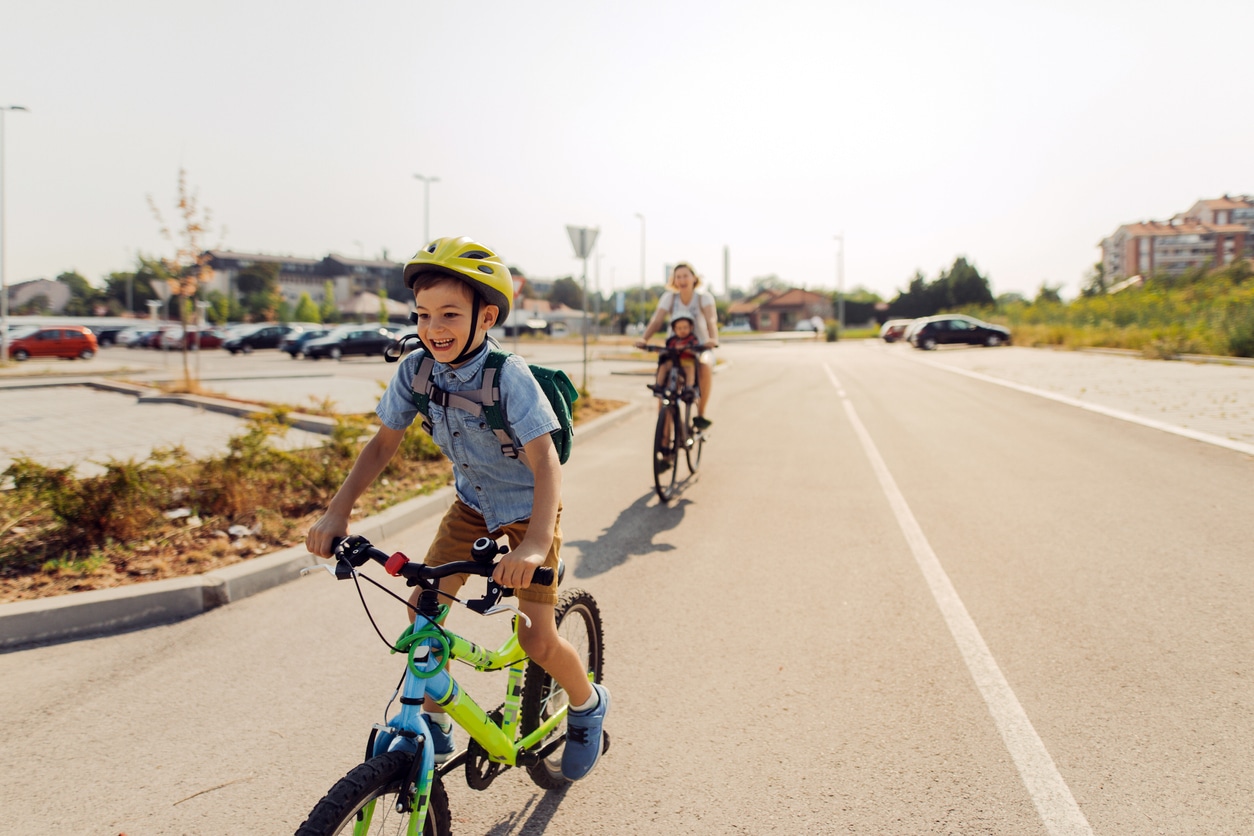 In those long ago, pre-quarantine days, most families I know were going, going, going—driving from work to school to lessons to games, hopping in the Chick-fil-A drive-thru line, squeezing homework in there somewhere. They were overscheduled.

Then COVID happened. Working and schooling at home may have produced even more stress in some families; we’ve seen kids regress to try to regain control. But some kids have unearthed a long-buried treasure chest known as free time, and they’re filling it with creativity, imaginative play, outdoor exploration and true family togetherness.

So I have to ask: Did our kids need a break from their crowded schedules?

“I don’t know if I would say that they needed it, but there’s the silver lining that we get to see,” says Dean Beckloff, Ph.D., who owns Beckloff Pediatric Behavioral Center in Dallas. “They have time for the family to go on a bike ride together, time to have a picnic in the backyard, time to get out arts and crafts. They didn’t have time to do that.”

Before COVID, Danielle Wharram’s two kids had almost daily sports practices; now they’re hiking and biking a lot, activities the Fort Worth family didn’t have time for previously. Her 9-year-old daughter is also indulging her inner Matisse. “She’s always been into art and loves it, but she hasn’t had as much time to really utilize that.”

Though Wharram believes her kids were deftly managing their former activity load, they both seem more relaxed now.

“I keep saying it’s a summer attitude,” says Wharram. “In the summer they’re happier, they’re a lot more open in their schedule, and they’re doing some fun things.”

Plano mom Jamie Jackson says her kids are more relaxed too, even though they miss their friends. “I think they [are] less stressed because there wasn’t all this rushing and pressure to do all of this stuff day after day,” she says.

In fact, her daughter seemed so much less stressed doing school at her own pace that Jackson plans to homeschool her in the fall. “She’s a lot more relaxed. I feel like she’s learning more—it’s not such a big hustle and bustle.”

The benefits of being unscheduled

Obviously less stress is good for kids’ mental health, but free time nurtures other benefits, including creativity and connectedness.

“If kids are having some downtime, and being able to do activities that develop the relationships within the home, the kid’s going to be happier,” Beckloff explains.

Jackson’s 4-year-old daughter has had fewer attention-driven tantrums now that she’s spending more quality time with her mom and big brother. “Being at home and having that extra time, [my son] was more able to accommodate doing his homework and then hanging out with her as well, so she was having less of those types of meltdowns,” Jackson says.

Being forced to fill time also fosters independence; Wharram saw this firsthand when her 9-year-old daughter and friends taught another girl how to ride a bike—in a single day, no less.

“They just noticed their friend didn’t know how to ride, and they took it upon themselves, like, ‘We’re going to teach you,’ and now they’re riding every day together,” she says. “That’s something that probably would not have happened [before].”

How to balance your schedule

Here’s the dilemma for parents: As dance practice moves from Zoom back to the studio, how do you resume all the activities your kids love and preserve the benefits of quarantine free time?

“As people look back, there may be a little bit of sadness: ‘We don’t have that time anymore. We had a wonderful time that was just about us and our families, and it really helped us,’” notes Beckloff.

Wharram wants to hold on to some of her family’s newfound free time, especially now that her daughter’s tumbling has started back up. “I definitely want to try to find that balance to where we’re not giving up the things we’ve been enjoying so much, but not giving up sports completely either because that’s a part of who they are, and they’re in it because they love it,” she says. “I haven’t quite figured that out yet.”

“Sit down with the kids and really talk about some of the positive things that have come out of being together, and talk about, ‘How can we hold on to this?’” he suggests. “I love pulling kids in on these conversations and helping everybody to problem-solve and figure it out. I think kids get excited about having some leadership.”

Your kids will more readily buy in to any schedule changes—like (gasp!) dropping an activity—if they contribute to the decision-making. They may also have ideas for putting family time on the calendar, like a game night or arts and crafts hour. Blocking time for togetherness or creative play may be what it takes to keep those things in your life as your schedule fills up again.

As you fall back into some of your old routines, keep an eye on the kids. “If they’re not wanting to do activities over and over again, that’s a big sign to watch for,” Beckloff says, along with slipping grades and unusual behavior. Listen to the message your child is trying to send—maybe they’ve got too much on their plate.

A Parent’s Guide to Taking the Pacifier