When Liz Riley’s son, Sean, was 18 months old, she began noticing the early signs of autism spectrum disorder (ASD). Having grown up with a younger sibling with autism, the Plano mother was all too familiar with the developmental disorder. Sean started losing some of the limited language skills he had developed just months earlier. Alarmed, Riley took Sean to his pediatrician, but the doctor wasn’t concerned.

“We were kind of discouraged from getting a diagnosis,” Riley says. “Basically I was told to see how he would respond to [speech] therapy.” It was not until Sean was 2½  and completely nonverbal that he received the official ASD diagnosis.

Riley’s story might sound a lot like yours. A pediatrician’s wait-and-see protocol is normal. As there is currently no medical test to detect autism, doctors rely heavily on observation, looking for behavioral symptoms such as repetition to appear before diagnosis. But most ASD symptoms don’t typically surface until a child is 2 or older.

And for moms like Riley, the wait for an inevitable diagnosis means frustratingly delaying developmental interventions that could help.

That all may soon change. A new study published in the journal Nature, a science publication, earlier this year is the first to show that it may be possible to predict which high-risk infants (those who have an older sibling with autism) would be diagnosed with autism at 24 months.

Researchers at the Carolina Institute for Developmental Disabilities at the University of North Carolina performed magnetic resonance imaging (MRIs) on sleeping infants without a family history of autism and on high-risk infants at 6 months, 12 months and 24 months. They measured brain volume, surface area and cortical thickness and found that not only did the brains of high-risk infants who later developed autism grow faster between 12 and 24 months (while autistic social behaviors were emerging) than the brains of those who were not diagnosed with ASD but also between 6 and 12 months. The scientists used a computer algorithm and the brain scans to accurately predict 8 out of 10 high-risk infants who would later be diagnosed with autism.

The results show that it may be possible to diagnose children with a high-familial risk of autism much earlier than they currently are, and while theses findings are exciting, experts caution that a lot more research is needed before this technology makes its way into doctors’ offices and clinics.

“This study opens up the possibility that there may be a combination of what we call biomarkers — or abnormalities or differences — in the brain that could lead us to actually screen children in the future in a different way,” says Craig Powell, associate professor of neurology at University of Texas Southwestern Medical Center. Powell’s laboratory research program focuses on autism and other neurodevelopmental disorders.

In theory, researchers could begin developing earlier interventions to prevent these children from falling behind in their social and communication skills. After all, most experts — and nearly all parents — agree that early behavioral therapy for children with autism is key to their future success.

“The earlier [kids with ASD] get therapy, the better the prognosis is,” says Nadia Suckarieh, a board-certified behavioral analyst at the Hope Center for Autism in Fort Worth.

Denton mom Jill Briesch, our Mom Next Door from last year’s July/August issue, knows this all too well. At 21 months, her oldest son, Alexander, was communicating in the bottom 1 percent developmentally. But within five months of starting applied behavior analysis (ABA), he had tripled his developmental score, she says.

So when younger brother William came along, Briesch started researching options right away, knowing her younger son was at a greater risk of being diagnosed as well. When he was 7 months old, she and her husband trained themselves on physical response therapy and hired grad students who had experience with ABA.

At 12 months, William became the youngest child ever to be diagnosed with ASD in Dallas-Fort Worth. While it was a provisional diagnosis from the Center for Autism and Developmental Disabilities at Children’s Health, it allowed him to start receiving Early Start Denver Model and ABA intervention therapies. By 40 months, William’s scores had actually fallen below the cutoff for autism spectrum disorder.

Briesch, who is an ambassador for Autism BrainNet, an organization that collects postmortem brain tissue donations for research purposes, is cautiously optimistic by this new research.

“If we can start identifying children earlier, and we have developed some treatments and some systems, I think science overwhelmingly shows us that these kids are going to be better off,” she says. “To me, the implications are just huge.” 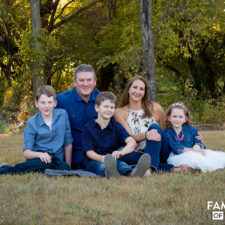 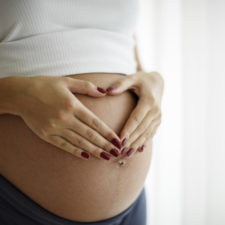 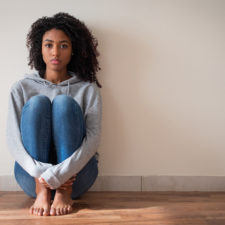 Starting the Conversation With Your Teen About Suicide

Win a Christmas staycation giveaway at the Gaylord Texan