Denton's Gracie Piper on Being Both Artist and Mother - DFWChild 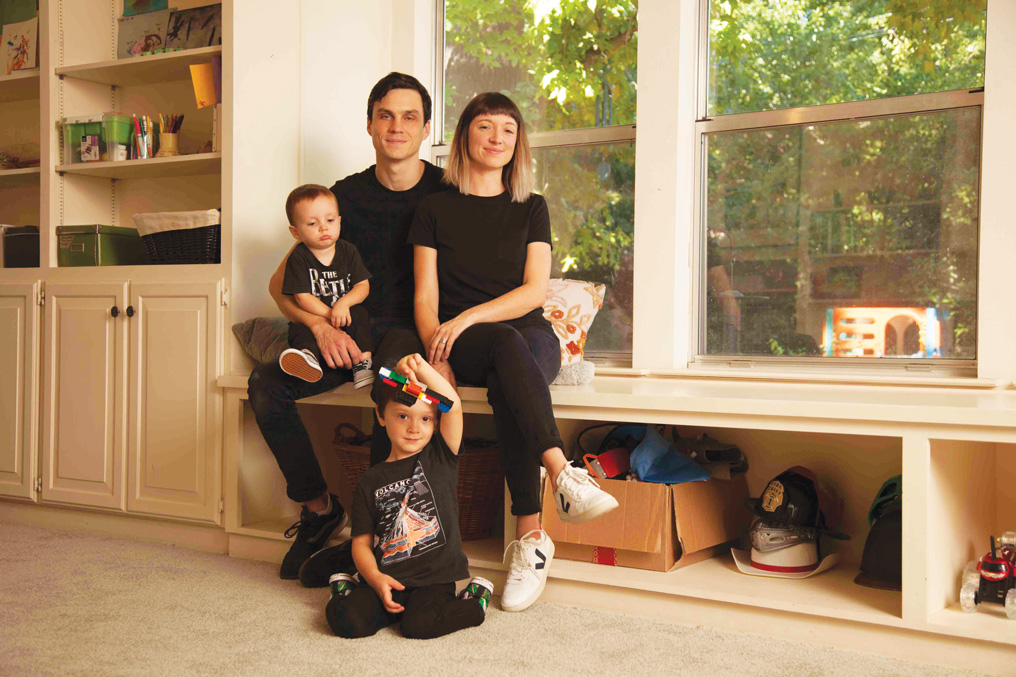 It’s a studio day for Gracie Piper, which means she has the house to herself while her husband is at work and the boys are at preschool. “I just got some fresh paper, which is the best,” she says. Clad in overalls, Piper gives a tour of the family’s new home, a ranch in a rambling, tree-shaded neighborhood.

Her 4-year-old has tacked up a masterpiece in the foyer, and some of Piper’s figure drawings and watercolors decorate the playroom, but the house is still a work in progress. Piper admits the “in-process-ness” can be a distraction—on days like this, time in her sunroom-turned-studio has to be sacred.

“I have to protect that—it’s not social time, it’s not errands time, it’s time for me to just be creative,” she says. “At first, I was not great about it. I’m like, ‘Oh, but the house is messy…’”

After her first was born, Piper says she viewed “mother” and “artist” as conflicting identities; now, she’s figuring out how they can work in tandem. “I think I’m finally getting to a place where I’m like, ‘OK, these two need to inform one another, and how do I do that?’”

Age 29
Hails from Shepherd, a one-stoplight town northeast of Houston
Lives in Denton
Alma mater University of North Texas for watercolor and visual arts studies
Where to find her art graciepiper.com and on Instagram @gracie_piper
Children Theo, 4, and Maxwell, 1 ½
Significant other Husband Ryan, art director at Music Bed. “Ryan is so great at keeping us moving in terms of accomplishing tasks, but without losing sight of the things we value. He’ll set a 30-minute timer for cleanup and once it goes off, it’s time to go to the park or play a game with the boys, no matter how many dishes are left in the sink. It’s so easy for me to carry the weight of all of our needs all of the time, but being reminded to be present and make intentional space to connect with each other is so important.”

DFWChild: What are you working on right now?
Gracie Piper: I’m starting a new series, and it’s actually on motherhood, also dealing with some grief.

C: Some personal grief for you?
GP: It is something I’ve wanted to address through my work for a few years now but haven’t fully let myself go there. When I became pregnant with my first child in 2015, I also lost my sister to domestic violence. This loss changed a lot for me, and coping with it has been a major part of my life. While I am not sure if it will somehow fit into the motherhood series, I know it is a topic that I will continue to move towards.

C: Is this series going to be more along the lines of your line drawing figures or your landscapes?
GP: I am actually trying to merge the two, which I haven’t done yet, because they are two very different styles. The landscape, that was more pre-children, and then after children there was a big shift in my art style. This is kind of bringing the two together now—hopefully! We’ll see how it goes.

C: What themes of motherhood are you looking to explore?
GP: My own experiences as a mother, just daily moments. Then also I want to take a look at other mothers—single working women, stepmotherhood, mothers who have lost children, mothers of twins (my best friend is a mother of twins), the loss of a mother, feeling like a bad mom, feeling like a good mom. Those are some themes that I’m starting with—looking at the women close to me and making visible some of the traits that I see within their motherhood.

Getting close to nature and getting dirt under your nails—that is engaging your creative self.

C: You said the style of your work changed once you became a mom. Has the creative process changed too?
GP: Yes, definitely. I used to be able to just lock myself away for hours. Now, art is much slower of a process. Even playful things, like my birth announcement for my first son—I did a stop motion animation, and I knocked it out in no time. I tried to do it for the second one, and I actually didn’t complete it until after he was born. It just took so much longer. There are so many inconsistencies, which is kind of cool, because I look at it and I can see motherhood in that.

C: Do your boys ever want to be involved in the creative process?
GP: Yeah, which is fun. I’ll try to set them up their separate things, just on the floor, and we make a mess together. But surprisingly neither one of them are super drawn to art.

C: Are there any other ways you’re trying to nurture their creativity?
GP: We spend a lot of time outside, which I think for me is really helpful to feed my creative soul. Even just getting close to nature and getting dirt under your nails—that is engaging your creative self.

C: Have you ever had a period where the creativity just ran dry?
GP: Honestly, I feel like that was more of a struggle before kids, because I feel like now the struggle is more I have all of these feelings and thoughts and not enough time.

C: What about for “you” time? How do you take care of yourself?
GP: Mental space time looks like bike rides, time outside, yoga, gardening. And then for social and emotional time, meeting with my friends. We have something called WACPAC, which is hilarious—it’s wine and cheese, pajamas and chocolate. We don’t do it often enough, but it does happen and it’s the best. And then I on Wednesdays do an acting class. It’s Meisner technique, so it’s all about engaging emotion and reacting to people.

C: Have you always been interested in acting, or was that just sort of a whim?
GP: Actually in high school I did acting competitively, and then thought I would go to school for acting and decided to do fine arts instead. But the itch has still been there. [Laughs.] I like to do everything! With little time that can be problematic.

C: What is it about fine arts that draws you in?
GP: [As a kid] I would just lock myself in my room. My mom never suppressed me creatively, and I would just go crazy making my wall my canvas, like nailing shoes and magazine cutouts and things. I don’t think I could exist without creating. I feel like art can be so powerful. A lot of times it’s treated as just this extra thing in the world, but I think without it, it would be very dim and dull.

C: What is it like having two creatives in the house?
GP: It’s very helpful to have someone else with that kind of brain to give feedback that I can trust. He’s never just going to be like, “Oh, it’s great!” He’ll be honest or help me get through a struggle with something.

We have something called WACPAC, which is hilarious—it’s wine and cheese, pajamas and chocolate.

C: What is your favorite piece you’ve ever done?
GP: There is a painting called Bridge that means a lot to me. It’s very dark, and it has two cliffs and a little teeny tiny bridge going across it. It’s about times in life of uncertainty or fear, and it’s just showing it’ll be OK, even if you have to take a step out in faith—there’s another side.

C: When do you consider a piece finished?
GP: Oh, hardly ever. There are times when I’m like, “OK, it’s done,” but maybe I’ll see it in a year and think otherwise. They’re all works in progress, I think.

C: Do you struggle with perfectionism in your art?
GP: With the line drawings not at all, because that’s part of the freedom of working in that way, but I think the more precise watercolor—I’m definitely a perfectionist when it comes to that work.

C: What about in your parenting? Would you consider yourself more laid–back or uptight or in the middle somewhere?
GP: I think I’m in the middle. When I have a lot on my plate, that’s when I’m like, “I’m not being as patient or fun,” and that’s where the mom guilt can come in.

C: What do you tell yourself to combat that mom guilt?
GP: That I have to still be an individual and grow as myself, and that is a value for the sake of my kids. I’m still being a good parent by doing my individual things.

This interview was originally published in October 2019. 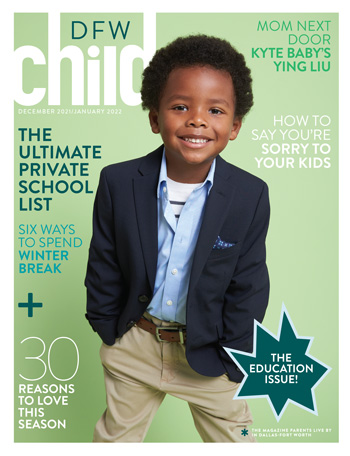 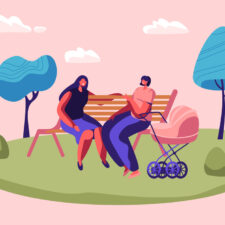 How to Stay Friends With the Child-Free 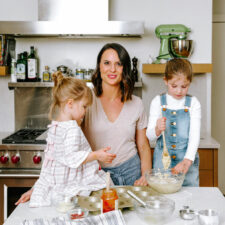 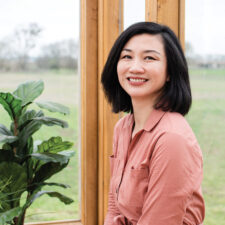 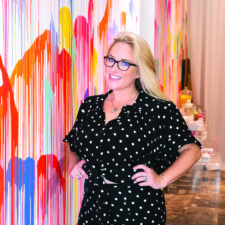